When a routine sports physical uncovered a heart murmur when Jim Abraham was in seventh grade, the doctor told him not to worry.

For the next four decades, the Minneapolis, Minnesota resident remained active, adventuring in the Canadian wilderness.

But when he had an irregular heartbeat after kidney surgery in 2016, Abraham’s doctor suggested he get a closer look at his heart. An echocardiogram at the Minneapolis Heart Institute revealed he needed a repair to his mitral valve. A second opinion from the Mayo Clinic in Rochester, Minnesota, was the same.

Doctors said Abraham’s mitral valve had moderate-to-severe regurgitation. Instead of closing completely, the valve was allowing blood to leak back into the chamber, leaving less blood for the heart to pump .

Abraham, then 57, hadn’t even noticed any symptoms, and he’s not alone. The most common symptoms include shortness of breath or feeling easily fatigued, which can be mistaken for other conditions, aging or physical fitness. Some don’t seek treatment until the condition has become severe.

Abraham underwent open-heart surgery in March 2017 and had the valve repaired.

“I was in and out of the hospital in five days,” he said.

Abraham had a smooth recovery and underwent cardiac rehab, happy to avoid major complications. He felt good for the next two years. But he began to slow down again and worried it could be his heart.

During intense conversations in his demanding job, he said he would “start to feel slight pain in my left arm, at times. Then, when I relaxed, the pain would go away.” “It got to the point where I was having serious issues even climbing two flights of stairs,” Abraham said.

In February 2020, testing revealed Abraham’s mitral valve was again leaking — this time severely causing his heart to struggle. He needed a second open-heart surgery, but was delayed for several months due to restrictions on non-urgent surgeries as hospitals grappled with COVID-19.

“I thought I was one and done,” he said. “The second surgery was really a wake-up call.”

As he waited, Abraham got more serious about his health. He overhauled his diet, losing 25 pounds over the next six months.

He again learned all he could about heart valve disease, then connected with other patients through the American Heart Association’s Support Network.

“While every individual is unique and every situation is unique, the commonalities are meaningful and significant and really help,” Abraham said. “You learn you are not the only one out there with curve balls.”

As he underwent surgery, knowing more about his condition and having faith in his medical team helped ease his fears. He also had strong support from family and friends.

Even during the years he felt well, Abraham had scaled back his physical activities. Instead of walking the entire round of golf, he’d ride in a cart for half, or even all of it.

“It happened extremely slow,” he said. “Hardly noticeable from week to week, even month to month. I felt it was my own fault for not getting the aerobic exercises I should have.”

Looking back, Abraham said he didn’t pay close enough attention to his health.

“It’s easy to make excuses and just say you’re tired, but you really need to notice changes in your body; before it’s too late,” he said. 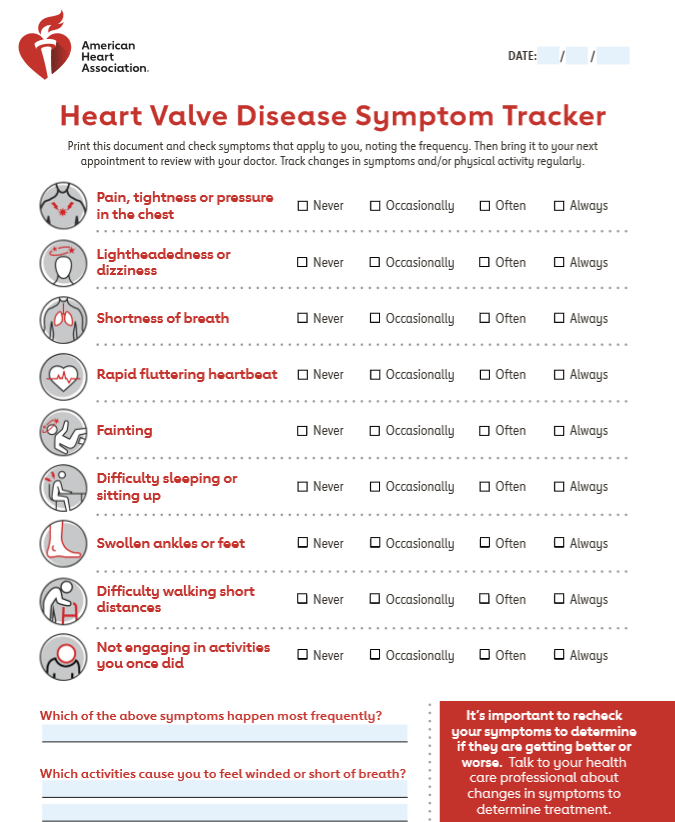