Several types of devices and machinery may interfere with implantable cardioverter defibrillators (ICDs) and pacemakers.

The electromagnetic waves generated by such devices can keep your ICD or pacemaker from functioning properly. Try to avoid them, or at least minimize your exposure to them.

Your doctor can advise you about specific devices and machinery to avoid. But, in general, the following can cause interference:

Interactions with EAS systems, such as those found at department stores, are unlikely to cause clinically significant symptoms in most patients.

Interactions with metal detectors are unlikely to cause clinically significant symptoms in most patients.

Wireless transmissions from the antennae of phones available in the United States are a very small risk to ICDs and even less of a risk for pacemakers.

Citizen’s band (or CB) radios and amateur “ham” radios pose little or no risk to pacemakers. But they can affect how an ICD performs.

Follow your doctor’s instructions about being around such equipment. In general, stay at least two feet away.

Magnetic fields in magnets in devices and machinery can inhibit pulse generators for ICDs and pacemakers. In ICDs in particular, magnets can activate a switch prohibiting the ICD from delivering vital signals such as lifesaving shocks.

If you have an ICD or pacemaker, avoid close or prolonged contact with magnets or their magnetic fields. Keep magnets at least six inches from where your device is implanted.

Of course, you may not always know if you have come into proximity with machinery that employs a magnet. It’s best to err on the safe side: If you feel any interference, move away from the source, or turn it off if possible.

Avoid magnet therapy that may call for you to wear magnetic bracelets or necklaces near your implantation site. Also avoid magnetic mattress pads or magnetic pillows; both may interfere with your ICD or pacemaker.

Both devices likely interfere with an ICD or pacemaker. So avoid them if you have an implanted device.

This does not prohibit you from using a key to start a car – the ignition components are far enough away from the car’s front seats. Discuss with your doctor when it’s appropriate for you to drive again after ICD or pacemaker surgery.

If you use such a charger, keep the components at least 12 inches away from where your device is implanted.

The electromagnetic fields used by such systems can disrupt ICDs and pacemakers. The risk increases with proximity to the signals and the length of time spent near them. Avoid or limit your exposure to such systems.

Also avoid or limit your exposure to transformer boxes. The electromagnetic field emanating from them can interfere with ICDs and pacemakers.

It's a good idea to contact customer support of your medical alert system provider to see if their product might pose a risk to your pacemaker or ICD.

Medical procedures that may pose a risk

Some medical, diagnostic and cosmetic procedures may interfere with the operation of your ICD or pacemaker. The following are of particular concern:

The noninvasive treatment uses hydraulic shocks to dissolve kidney stones. If you have an ICD, avoid ESWL.

Many pacemaker patients may be eligible for ESWL, provided the pacemaker is evaluated and reprogrammed after treatment. After ESWL, those with pacemakers will need to follow up with their doctor over several months to ensure that the pacemaker continues to work properly.

Patients with certain kinds of pacemakers implanted in the abdomen should avoid ESWL. Before considering ESWL, discuss the procedure with your doctor, including the implications for your implanted device.

Magnetic resonance imaging is a noninvasive diagnostic tool that uses a powerful magnet to produce images of internal organs and functions.

ICDs and pacemakers contain metal, and therefore are not normally allowed near MRI machines. The strong magnetic field can interfere with the function of implanted devices.

Still, some types of implanted devices don’t preclude MRIs. Or the benefits for the MRI may outweigh the risks. As always, talk with your doctor about the specific considerations for your particular implanted device.

Always let imaging technicians, such as those supervising an MRI, know about your implanted device.

Both ablation procedures are used to treat arrhythmias. Both use a long, thin tube called a catheter to eliminate abnormal electrical signals in the heart by administering energy to a specific part of the heart tissue.

If you have an ICD, you should consult with your doctor about the risks of ablation. The procedure may require special precautions for ICD patients.

Often, ablation is performed before a pacemaker is implanted. If an ablation procedure is warranted even though you already have a pacemaker, your doctor may evaluate and reprogram your pacemaker after the procedure. The radio frequencies used during ablation may alter your pacemaker’s function. Studies have shown that most implanted pacemakers are not adversely affected.

This medical procedure uses high-frequency, high-intensity electromagnetic waves for physical therapy. Such therapy is not recommended for those with an ICD or pacemaker.

The electromagnetic waves used in diathermy may interfere with either device’s pulse generator. This can permanently damage your implanted device.

Used for cancer treatment, for example, this can damage the circuitry of ICDs and pacemakers. The degree of damage is unpredictable – and may vary with different systems – but the risk builds with increased radiation.

ICDs have been shown to be more sensitive to radiation therapy interference than pacemakers. If you have an ICD and therapeutic radiation is still warranted, your implanted ICD should be shielded from the radiation as much as possible. Your ICD may need to be relocated if it lies directly in the targeted radiation field.

This procedure uses electrical signals to relieve acute or chronic pain by placing a medical device with electrodes on the skin and connecting it to a pulse generator.

If you have an ICD, TENS treatment may be acceptable, provided certain precautions are taken. TENS interferes with some types of ICDs, but not with others. Note: TENS is not recommended for use on the torso.

When it comes to pacemakers, most studies have shown that TENS rarely inhibits bipolar pacing. TENS may sometimes briefly interfere with unipolar pacing, but this can be addressed by reprogramming the pulse generator.

Specialized diagnostic X-rays called computed tomography (CT scan) or computed axial tomography (CAT scan) provide multiple images of areas inside the body. Some CT or CAT scanning devices may interfere with ICDs. Before having a CT or CAT scan, discuss precautions and considerations beforehand with your doctor and the imaging technician.

X-rays, such as those used in CT or CAT scans, don’t appear to interfere with pacemakers. Still, always alert the imaging technicians that you have a pacemaker implanted before undergoing a CT or CAT scan.

This procedure stops bleeding during surgery. If you have an ICD, you and your doctor should carefully weigh the benefits and risks. The procedure may be acceptable if certain precautions are taken.

If you have an ICD, your doctor may recommend special precautions before undergoing electrolysis. Your device manufacturer may also provide recommendations that are important to follow.

ICD patients should be prepared to provide a note from their physician before electrolysis can be performed.

Devices that pose little or no risk

In general, consumer appliances and electronics don’t affect the performance of ICDs and pacemakers. On rare occasions, some of these devices may inhibit pacemakers by a single beat. But the pacemaker’s regular signals are quickly restored.

Even though these devices may pose little risk, still strive to keep all motors and antennae at least six inches away from your ICD or pacemaker.

Other devices with little risk

Several medical procedures are permissible for those with ICDs or pacemakers. Still, be sure to discuss any possible risks with your doctor before undergoing such treatments.

In general, the following pose limited risk if precautions have been taken:

If you have an ICD or pacemaker, always carry a wallet ID that will alert emergency personnel about your device in case you’re incapacitated.

Always tell healthcare professionals, including dentists and diagnostic imaging technicians, that you have an implanted device. Also make the on-site nurse or doctor at your place of work aware that you have an ICD or pacemaker. 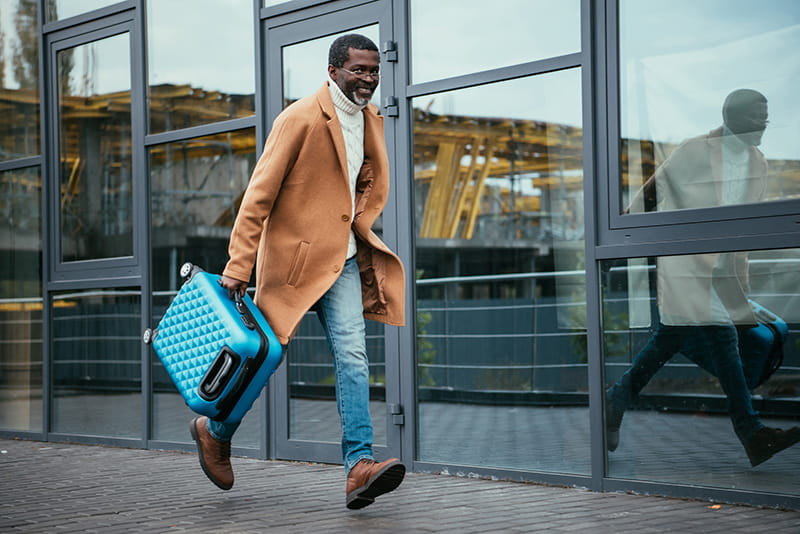