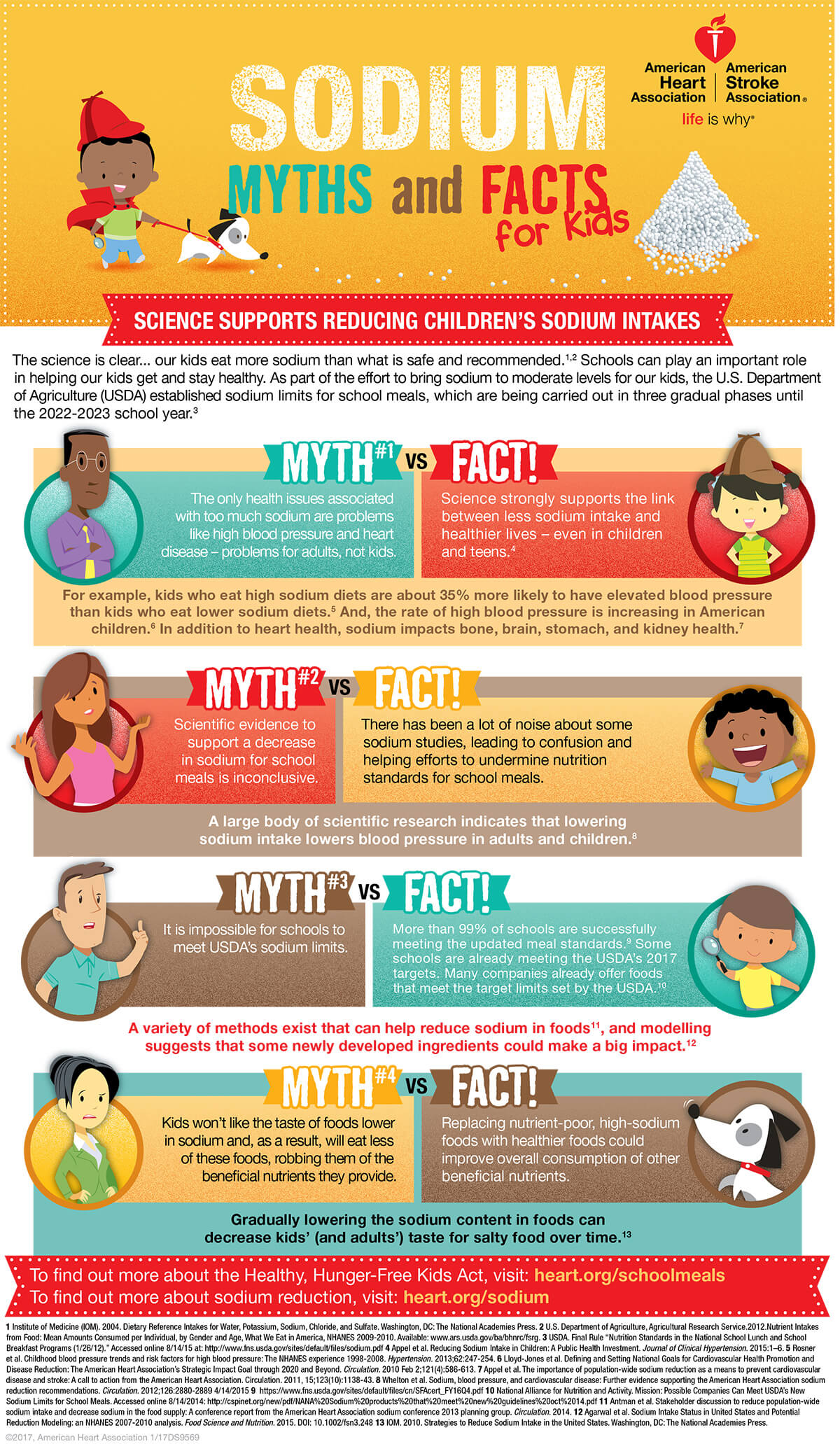 The science is clear... our kids eat more sodium than what is safe and recommended. Schools can play an important role in helping our kids get and stay healthy. As part of the effort to bring sodium to moderate levels for our kids, the U.S. Department of Agriculture (USDA) established sodium limits for school meals, which are being carried out in three gradual phases until the 2022-2023 school year.

The only health issues associated with too much sodium are problems like high blood pressure and heart disease – problems for adults, not kids.

Science strongly supports the link between less sodium intake and healthier lives – even in children and teens.

Scientific evidence to support a decrease in sodium for school meals is inconclusive.

There has been a lot of noise about some sodium studies, leading to confusion and helping efforts to undermine nutrition standards for school meals.

It is impossible for schools to meet USDA’s sodium limits.

Actually, more than 99 percent of schools are successfully meeting the updated meal standards. Some schools are already meeting the USDA’s 2017 targets. Many companies already offer foods that meet the target limits set by the USDA.

A variety of methods exist that can help reduce sodium in foods , and modelling suggests that some newly developed ingredients could make a big impact.

Kids won’t like the taste of foods lower in sodium and, as a result, will eat less of these foods, robbing them of the beneficial nutrients they provide.

Gradually lowering the sodium content in foods can decrease kids’ (and adults’) taste for salty food over time.

To find out more about the Healthy, Hunger-Free Kids Act, visit: heart.org/schoolmeals

To find out more about sodium reduction, visit: heart.org/sodium

7Appel et al. The importance of population-wide sodium reduction as a means to prevent cardiovascular disease and stroke: A call to action from the American Heart Association. Circulation. 2011, 15;123(10):1138-43.