When belongings pile up on the curb from an eviction in Maryland's western Anne Arundel County, Abraham Shanklin Jr. sees more than a housing crisis. When people with low incomes can't find a reliable way to get to work, he sees beyond transportation problems.

Since 1994, when he became a pastor there, Shanklin has traced the roots of a common struggle.

"The consistent thread in all of this is mental health," he said. "In other words, if your mind ain't right, your life ain't right."

In 2014, Shanklin created a faith-based nonprofit to meet that challenge. The Center of Transformation in Hanover, Maryland, offers health, education and employment programs for families in need, regardless of religious affiliation.

During the pandemic, the center and its community partners were ready when depression, anxiety and other psychological afflictions became even more prevalent. Today they are piloting a mental health coaching program, with a two-year goal of increasing access to evidence-based public health programs by 70%.

"When some churches in our area shut down for good during the pandemic, that's when it hit me: I'm so glad we had expanded so we could accommodate this crisis that has come to our doorstep," said Shanklin, 56, who recently finished his doctorate in clinical Christian counseling.

The Center of Transformation serves a multicultural community in western Anne Arundel County south of Baltimore. Known for its spectacular views of the Chesapeake Bay, the county's average household income is over $100,000. But its western part is largely landlocked, with lower incomes, sparse public transportation and scarce affordable housing.

It's also heavily influenced by the U.S. military, with the U.S. Naval Academy and the Army's Fort George C. Meade nearby.

Shanklin's friend H. Duante Duckett is an Air Force veteran and pastor of New Kingdom Faith Christian Church in nearby Glen Burnie. "Many of us in this kind of community work are ex-military, veterans who know that the only way you win any war is with a good ground game," Duckett said. "When a person has mental health issues, you have to have that ground game to make sure that they get the necessary resources. It's going to cost a lot of human resources to make sure mental health is done correctly. That's what it takes."

Shanklin also served in the Air Force when he moved to the area in 1987. Six years later, he went into health care information technology but "then I felt a call to be more community-engaged and lead by faith."

He believed that calling to become a pastor also meant God would provide for anyone who showed up in need.

His church members formed a mental health ministry that became a counseling service that now is part of The Center of Transformation. Before the pandemic, the center moved into a new building, which then became headquarters for distributing food to 1,400 families and providing COVID-19 testing and vaccinations.

Shanklin and his team were inspired by the Bible verse Romans 12:2. "Be not conformed to this world, but be transformed by the renewing of your mind."

"We want people to become the best version of themselves," Shanklin said. "How can we be a place to help people be their best self? By offering relevant solutions and creative ideas through a holistic approach."

That groundwork is necessary because pockets of western Anne Arundel County are considered mental health deserts because of its lack of mental health providers, a designation the federal Health Resources and Service Administration calls a Mental Health Care Professional Shortage Area. One pocket is the Pioneer City community, where 9 of 10 residents are Black, Hispanic or other people of color, Shanklin said.

This problem is compounded by cultural and structural barriers known as social determinants of health.

"African Americans experience multiple forms of traumatic stressors such as heavy policing and visible and verbal attacks, and generational issues that get passed down," Shanklin said. "And as a pastor I have seen firsthand the impact of these stressors. A young woman in our congregation who had no access to the right mental health resources was headed straight for a bridge. It was probably one of the scariest intervention moments of my life.

"Mental illness in the Black community has long been a touchy topic – the overriding belief is you don't go to therapy, you don't go to counseling, you don't take medicine. You just go to church, and church will fix it. You don't talk to people about your business. Basically, you put on your big pants, and you keep moving."

But the center's work is helping to change that. In one year, the number of families who received mental health services from the center rose from 30 to 100. They showed up, Shanklin said, after the community decided to "bring awareness to the use of stigmatizing language around mental illness, educate family and friends and colleagues about the unique challenges of mental illness within the Black community and become aware of our own attitudes and beliefs towards the Black community to reduce implicit bias and negative assumptions."

The Center of Transformation received support this year from the American Heart Association's EmPowered to Serve Faith-Based Accelerator. It is a grant-funding initiative to help leaders scale their business models aimed at erasing health disparities and addressing social determinants of health in their communities.

"We're seeking to train mental health coaches in our local churches," said Shanklin, who lost his brother to suicide. "They are not professionals, but they can help anyone who struggles to find a network of support and really deal with their challenges head-on. Ultimately, we want to set up a network that can reproduce this coaching. … It's not limited to church or faith. It can be anyone's. For every Hanover, Maryland, there are hundreds of cities across the nation that struggle with these issues."

Only a few minutes from the center is Baltimore/Washington International Thurgood Marshall Airport, named for the first Black Supreme Court justice. "The measure of a country's greatness," Marshall once said, "is its ability to retain compassion in times of crisis."

Shanklin believes The Center of Transformation can help fulfill that mission.

"Our focus is really to position ourselves for this next pandemic: mental health," he said. "Faith leaders are in a unique position to educate their congregations around mental health and ways to deal with the stigma related to it. We're going to keep up the good fight." 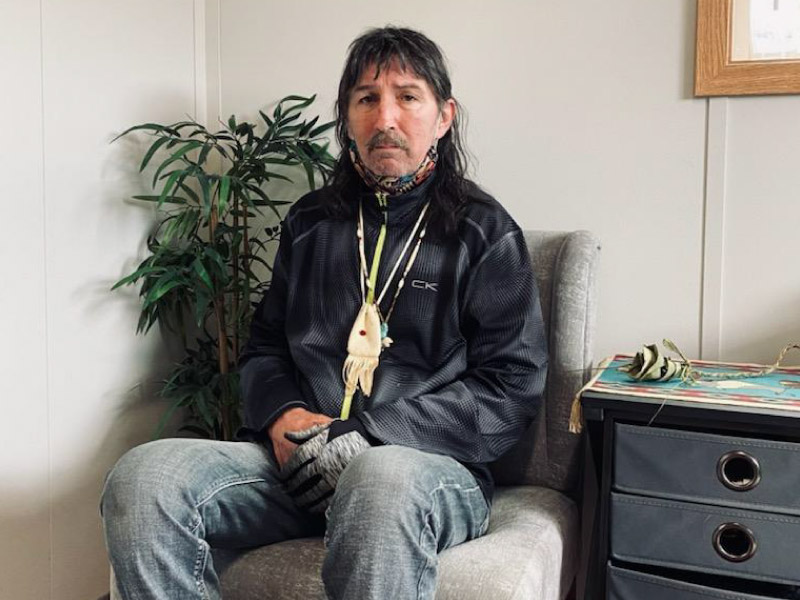