Getting vaccinated may be everyone's best protection against COVID-19. But giving everyone fair access to vaccines will take more than just providing needles and vials, community health experts say.

Vaccines have not been reaching everyone equally, statistics show. Overall, Black and Hispanic people have been receiving smaller shares of vaccinations relative to their population and their portion of COVID-19 cases and deaths, according to a Kaiser Family Foundation analysis from mid-April. Levels of disparity vary by region, but overall, white people have received a disproportionately high number of vaccines. Asian people in most states have received doses that tracked with their levels of cases and deaths.

"The populations hardest hit by the pandemic, which unfortunately are communities of color, were not prioritized at the forefront of the vaccine distribution and resource allocation," said Dr. LaPrincess Brewer, a preventive cardiologist and health disparities researcher in the department of cardiovascular medicine at the Mayo Clinic in Rochester, Minnesota.

Solving the problem, Brewer and other experts say, will require taking down obstacles that keep people from understanding, signing up for and receiving vaccinations. It will take partnerships between medical experts and people who know their communities. And, they say, it will take trust.

The roots of the structural inequities that cause the problem are complex, said Brewer, who also is an assistant professor within Mayo Clinic College of Medicine. But she dispelled the idea that such groups should be labeled "hard to reach" with vaccines.

"Communities of color are not necessarily hard to reach," she said. "We oftentimes have not tried hard enough to reach them."

Such communities have to be addressed in culturally appropriate ways, she said. And vaccines have to be made available in ways that do not create inadvertent barriers.

Isabel Becerra has seen such barriers. She's the chief executive officer for the Coalition of Orange County Community Health Centers based in Santa Ana, California. Orange County has a large percentage of Hispanic and Asian American residents, but Hispanic people have been vaccinated at much lower rates than others.

Among the communities most affected by COVID-19 were the cities of Santa Ana and Anaheim, which are predominantly Hispanic. One of Orange County's initial vaccination efforts was in Anaheim, at Disneyland. Becerra said it was a well-intentioned idea.

"But it's such a massive site," she said. To get there, people needed transportation. To get an appointment, they needed an app, which meant they needed internet access. And initially, the app was available only in English.

Becerra said things began to improve once vaccines were available through her group's community clinics, which are in medically underserved areas. But the clinics could not do it alone, she said. They relied on others who specialized in driving people to vaccination sites. Other groups served as trusted links to the community.

Latino Health Access of Santa Ana was such a group. It helped set up, provide staff and spread the word about several vaccine events. Gloria Giraldo, the group's COVID-19 education and field coordinator, said the organization is built on a network of neighborhood health workers, or promotores.

They not only help educate the community, they offer crucial feedback. They suggested, for example, that local high schools would be convenient vaccination locations. The Anaheim and Santa Ana school districts worked with Latino Health Access to open school gyms, and community residents now eagerly line up early on weekend mornings to get vaccinated.

"We are very prone to listen to experts" who have lots of letters behind their names, Giraldo said. But the people who need help also have expertise, she said. "In their communities, they are experts in what works."

Geography is not the only barrier. Some people don't understand vaccines, while the politics of immigration has driven others away from the health care system, said Giraldo, who has a doctorate in public health and has done field work, literally, to help with that.

To reach workers in Orange County's strawberry fields, she worked with their employer to speak with them during a break. She was told interest was low, and that only eight had expressed interest in the vaccine.

But she went. And at the end of her talk, about 80 workers signed up for a shot. That led to a vaccination event that drew more than 160 agricultural workers, illustrating that the messenger matters.

In Minnesota, Clarence Jones also has served as a connector between people and experts. He's a community health strategist with the Hue-MAN Partnership, where he's worked closely with Brewer and Mayo Clinic on health programs in Black churches around Minneapolis-St. Paul and Rochester.

Black Americans know the health care system has a long history of racism, neglect and abuse, he and Brewer said. Through a Mayo Clinic project called FAITH! (Fostering African-American Improvement in Total Health), Brewer has built ties with more than 100 churches.

She first approached Jones and his group as a potential partner several years ago. "We vetted her for about a year and a half," Jones said. "And we asked her to vet us. Because one of the things that we have in our community is a real distrust about academics and researchers."

The partnership between Mayo Clinic researchers and local churches was well-established when the pandemic broke out. Brewer said communication has been key to solving problems. FAITH! has, for example, surveyed churchgoers and made regular phone calls to leaders to learn their vaccine concerns.

"Throughout the pandemic, we have simply asked our partnering congregations, 'How can we work together?' and 'What do you need?'" she said. Guided by the answers, Mayo Clinic created relevant information. FAITH! also participated in a virtual "Barbershop Talk" forum hosted by a local pastor that let people ask physicians of color about the vaccine.

"Because we were a trusted and reliable source of information, our community members instilled their trust in us about the COVID-19 vaccine," Brewer said.

Jones said large organizations can't provide instant trust. But they can start by looking for community partners and approaching them honestly about their shared goals.

Giraldo said a similar attitude has helped her group throughout its history.

"We're not saviors," she said. "We're not here to do anything that is not in partnership." 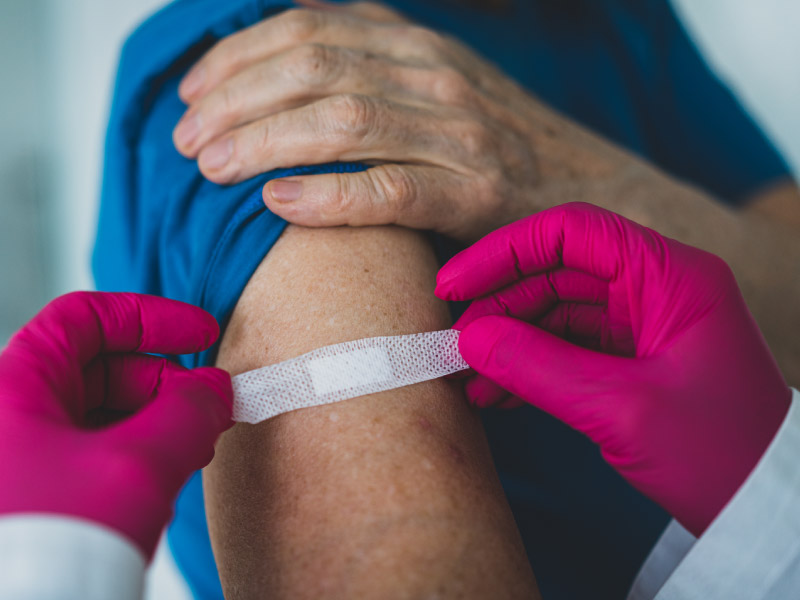 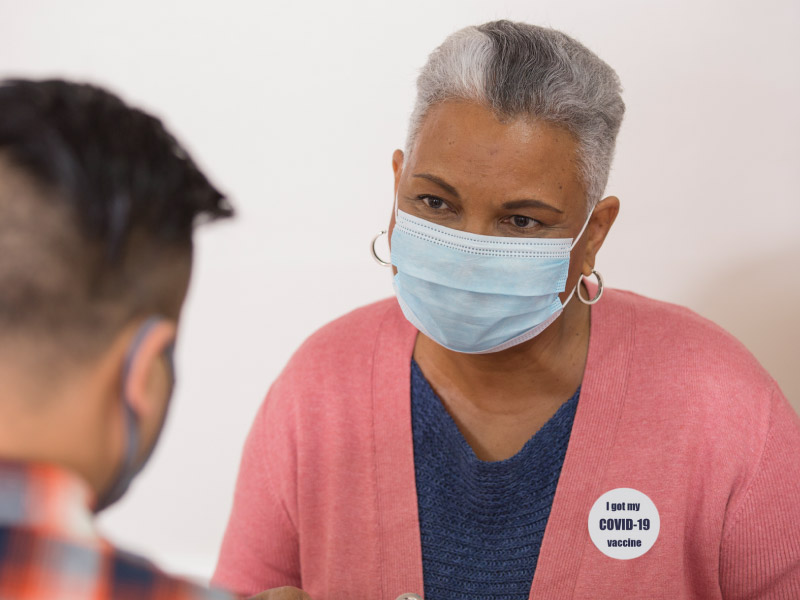 What's safe once you've had your COVID-19 vaccine?