The nightmare was so vivid that you woke up in a cold sweat, heart racing and certain that the creepy catastrophe was all too real.

Should you have skipped the haunted house and those terrifying Halloween movies? More importantly, was that nightmare bad for your health?

On both counts, sleep experts say, probably not. But repeated troubling nighttime episodes could lead to health problems during the day, which underscores the need for a good night's sleep.

"The good news is that nightmares aren't as serious as a heart attack," said Michael Grandner, director of the Sleep and Health Research Program at the University of Arizona in Tucson, who studies sleep's effect on cardiovascular issues. "But they're also not nothing."

A study of 1,233 Japanese people with cardiovascular disease suggested people reporting frequent nightmares were more likely to have depression, anxiety and insomnia, which could worsen their heart conditions. The study, published last December in the European Journal of Cardiovascular Nursing, urged cardiologists to ask patients about nightmares as part of their assessments.

In another study, researchers surveyed more than 3,000 U.S. military veterans and found those reporting nightmares at least twice a week that were at least moderately distressing had more cases of high blood pressure, heart problems and heart attack, even after controlling for the impact of age, smoking status, posttraumatic stress disorder and other factors. The preliminary findings were presented last year at a virtual meeting of the Associated Professional Sleep Societies.

But the studies were observational, without examining cause and effect. It might not be the nightmares themselves causing physiological harm, but rather their impact on everyday life, said Dr. Reena Mehra, director of sleep disorders research at the Cleveland Clinic Neurological Institute.

If bad dreams are frequent enough to cause stress and insomnia, she said, "one could argue that maybe over time that would contribute to cardiovascular risk."

Grandner agreed. "A lot of cardiovascular issues and mental health issues are intertwined," he said. "Extreme stress takes a toll on our heart and our metabolism."

During most dreams, he said, "your brain is very active, but your body is completely immobile. Otherwise, you'd be acting out your dreams."

But during a nightmare, Grandner said, "the dream breaks through those barriers, and you get a response strong enough to actually wake you up. It doesn't mean there's anything wrong with you, and for most people they're harmless. But if you do experience them a lot, it can be very stressful."

Mehra said extreme cases, such as nightmares sparked by PTSD, may warrant psychological counseling and medication. But most people, she said, should focus on sleep hygiene, the formal term for a good bedtime routine.

That includes getting enough sleep – the National Sleep Foundation recommends seven to nine hours nightly for most adults – having consistent sleep and wake times, putting away electronic devices at least 30 minutes before bed, and avoiding caffeine and alcohol late in the day.

One more recommendation might be more difficult. "To the extent one can," Mehra said, "reduce any stressors in life that can trigger the nightmares."

So what about a good Halloween scare?

"When you're exposed to things that get a reaction out of you, you're going to start incorporating them into dreams," Grandner said. "For some people, it's traumatic. If you're the kind of person who has a hard time unseeing an image, and that can be very stressful to take to bed with you, maybe they should think twice.

"But for most people, it's like a roller coaster. It's fun, there's no emotional attachment except for the excitement, and it probably won't lead to nightmares. So go have fun." 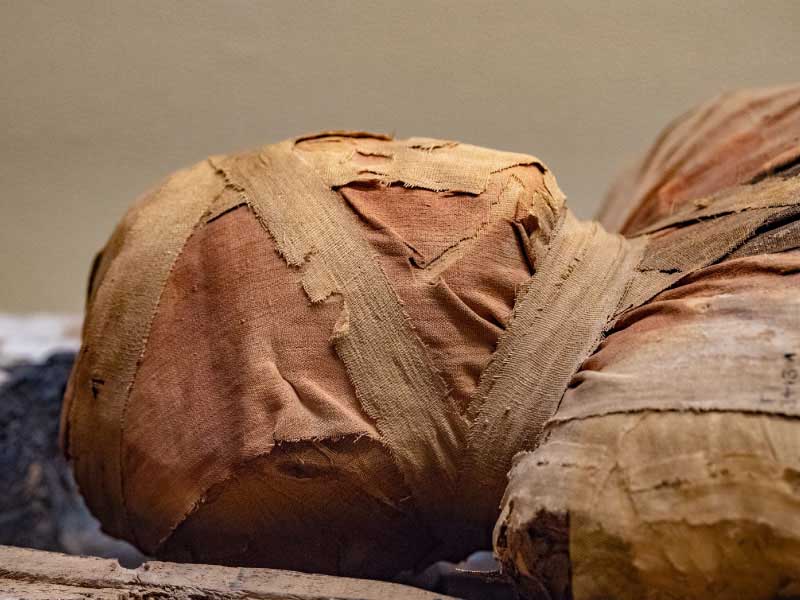 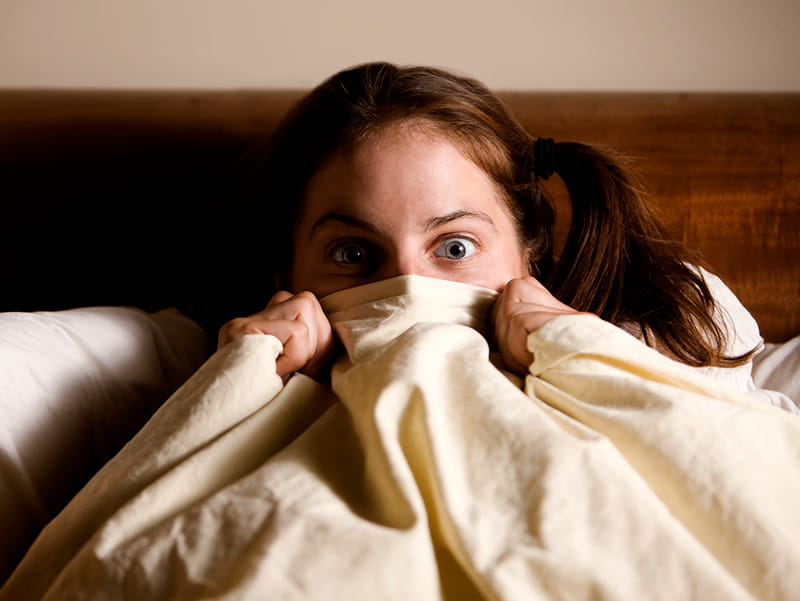 Can you really be scared to death?