Fluctuating blood pressure may be associated with worsening dementia in people with Alzheimer's disease, according to new research.

The study published Monday in the American Heart Association journal Hypertension sought to add a new understanding about the links between Alzheimer's, the heart and blood vessels. Past research shows blood pressure variability could be connected to stroke, and researchers of the new study wanted to see if there was a similar link between yo-yoing blood pressure and Alzheimer's.

Researchers looked at data from a randomized trial of 460 people who were 72 on average and had "mild-to-moderate" Alzheimer's. After 1 1/2 years, people who scored the highest in blood pressure variability had deteriorated more on a cognitive scale than those with the least amount of variability.

Data on day-to-day blood pressure fluctuations was only available for 46 patients, and in that smaller group, researchers also found "significant associations" between variable blood pressure and dementia after one year, but not after 1 1/2 years.

"Everybody already knows that it's important to control blood pressure in midlife to reduce your risk of Alzheimer's later, but this tells us it's still important to regulate blood pressure when you already have dementia," said the study's senior author, Dr. Jurgen Claassen. "More fluctuations might affect whether cognitive function declines more slowly or rapidly."

Future research is needed to find out if blood pressure variability is truly causing the dementia to worsen, said Claassen, associate professor at Radboud University Medical Center in Nijmegen, Netherlands.

"If that's true, medication or lifestyle (changes) might help slow down disease progression," he said. "But it could also be the other way around … that the dementia itself might lead to blood pressure variability, which could be a signal that helps you identify people with Alzheimer's."

He also called for studies on how sleep, diet and exercise might help stabilize blood pressure.

"Alzheimer's treatments are limited at this point, and even a small difference in slowing down the disease's progression can mean a lot," Claassen said. "It could be the difference between whether or not a patient is still able to drive a car and live independently."

Nearly 6 million Americans have been diagnosed with Alzheimer's disease, including 200,000 people under the age of 65. It's the most common cause of dementia and is the sixth-leading cause of death in the United States.

Research on the link between blood pressure and Alzheimer's is relatively new, but a 2018 study in the journal Neurology found the brains of older people with higher blood pressure were more likely to have "tangles," or twisted strands of protein that are common markers of Alzheimer's.

Jeffrey Keller, director of the Institute for Dementia Research and Prevention at Louisiana State University in Baton Rouge, called the new research "an important study that continues to fine-tune our understanding of Alzheimer's and dementia."

"There is a lot of evidence that fluctuations in blood pressure of people who do not have hypertension are related to adverse cardiac events, so it is not surprising that variability in blood pressure is also linked to negative cognitive function," said Keller, who was not involved in the new study.

He said the research was limited by its small sample size and by being observational. But he noted the study paves the way for future research, including large studies that use wearable devices to track people's day-to-day blood pressure variability.

"We're finding more and more that there is a direct link between blood pressure in the periphery of an individual and the ability of their brain to stay healthy. It's important for people to stay on top of their blood pressure – not just for their general health, but specifically for their brain." 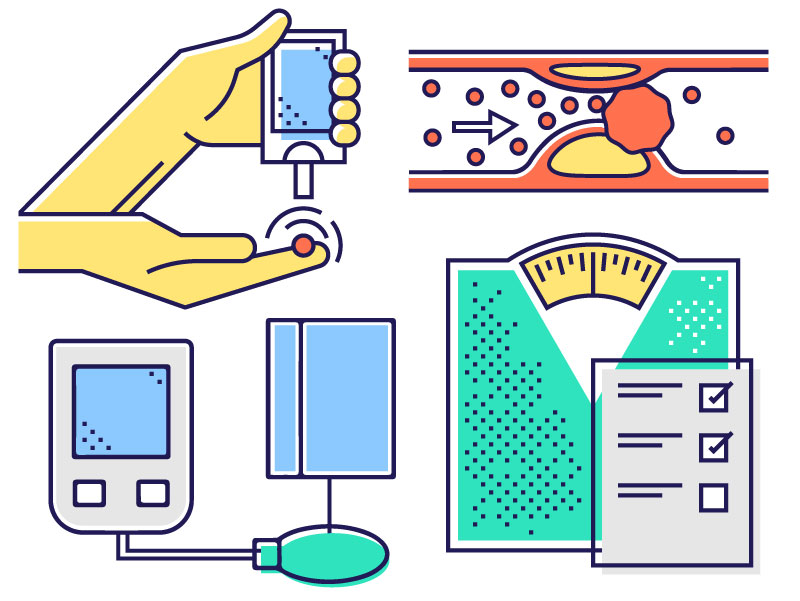