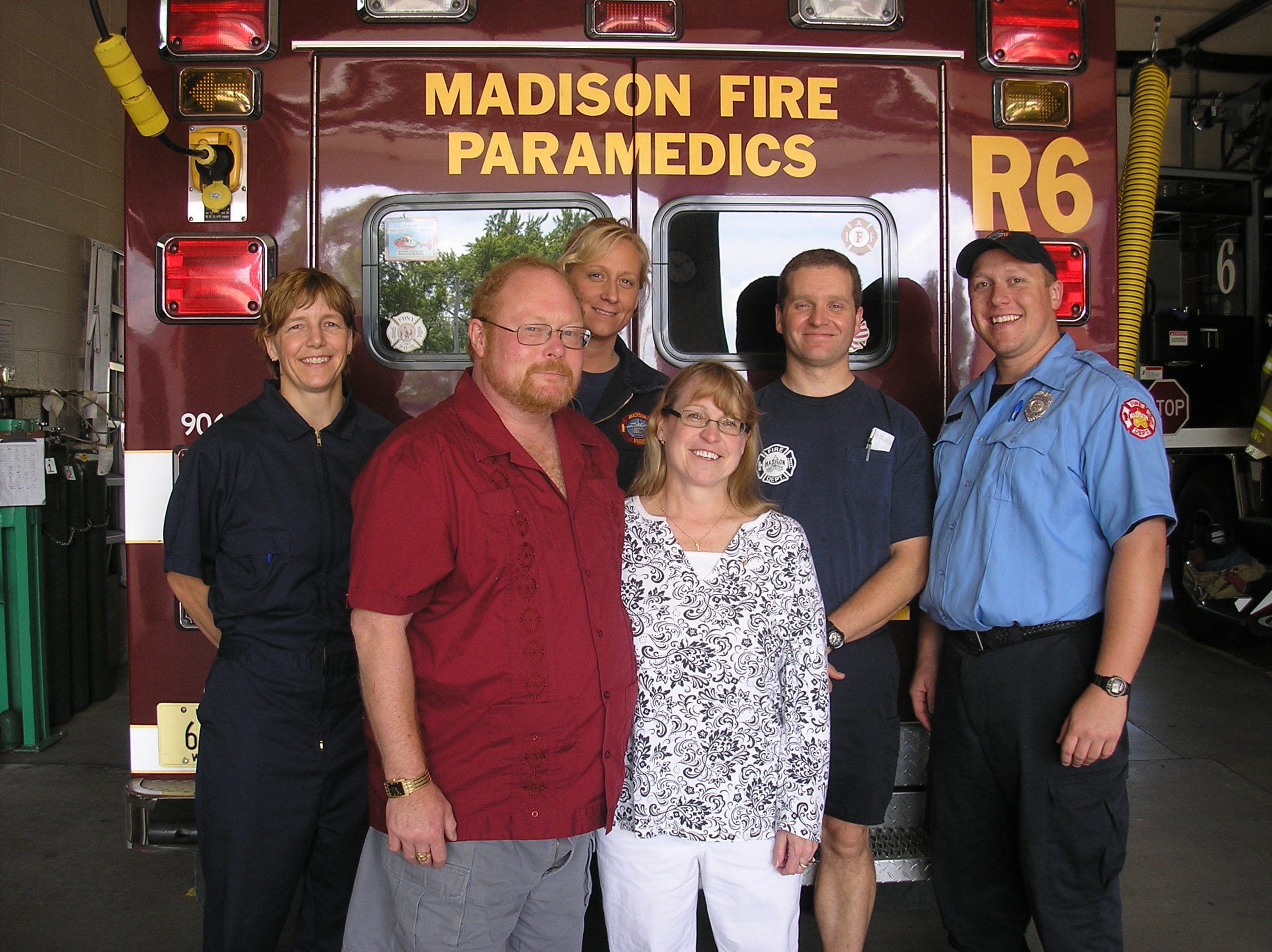 In April 2009, Kent suggested they take the class at a Madison, Wisconsin community center because he was overweight and worried he might have a heart attack. He wanted Marcia to be prepared.

Little did he know that, within a few weeks, it would mean the difference between life and death.

After a normal day, the Seekers had gone to bed when Kent woke up to the sound of Marcia making strange noises. He nudged her, thinking she was snoring. But when she didn’t respond, he knew something was wrong. So, he quickly called 911.

The 911 operator immediately diagnosed it as a heart attack and instructed Kent to begin Hands-Only CPR. Hands-Only CPR consists of hard and fast chest compressions without mouth-to-mouth rescue breaths. Kent continued compressions for 10 minutes, until the paramedics arrived. The paramedics delivered three shocks to Marcia’s heart and she started breathing again. But it wasn’t over yet.

Upon arriving at the hospital, Marcia had a stent placed in her heart through her femoral artery. Kent waited nervously for three hours, expecting the worst. When the doctor entered the waiting room and began talking about Marcia in the present tense, Kent let out a huge sigh of relief.

Marcia had experienced the Widow Maker — a type of heart attack few survive. It’s caused by a blockage of the left anterior descending artery, the main artery on the front of the heart. If it hadn’t been for Kent’s quick actions, Marcia probably wouldn’t be alive today.

Marcia spent a week in the hospital and was back at work within two weeks. A few months later, she started having chest pains. Diagnosed with a pulmonary embolism — a blood clot traveled from her leg to her lungs — she was prescribed blood thinners.

This year, Kent and Marcia decided to take their commitment a step further and include the association in their will to make an even bigger impact.

“I’d like to see all 50 states on board with teaching Hands-Only CPR in all schools,” Kent said. “That’s as important as the three ‘R’s. I’d also like to see the association continue their anti-smoking advocacy.”

Marcia’s family has suffered from heart disease and Kent’s mother had cancer. In 2001, on her deathbed, she asked Kent to quit smoking. He vowed to quit within six months. On Mother’s Day, six months to the day, he kept his promise and has not had a cigarette since.

Learn how to save a life at heart.org/handsonlycpr.

Have Questions For Us?