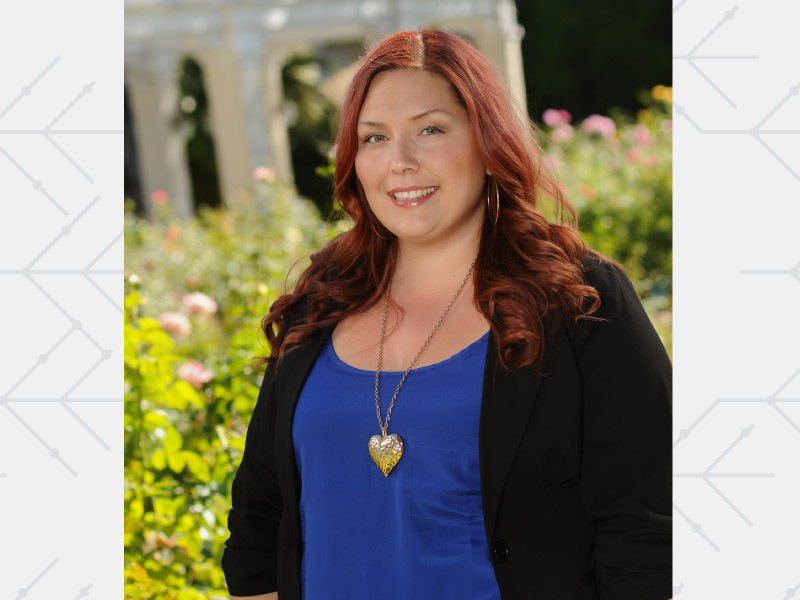 Kristen Criss never knew what caused her mother's death at age 40, other than it had something to do with her heart.

Criss was 14 at the time and her mother had passed out while doing housework, was taken to the hospital and came back with a pacemaker. About six months later, Criss woke for school and was surprised to find her mother wasn't up yet.

Figuring her mom was sleeping in, she made herself breakfast and was interrupted by a team of emergency responders who burst into the house and ran up to her mother's room. Her stepfather had called 911 after finding his wife unresponsive.

"I saw my mom laying in the bed from the double doors of her bedroom and then the firefighter said, 'I'm sorry but your wife and mom is no longer with us,'" Criss recalled. "I never knew why she died, or how."

After her mother's death, Criss' grandfather urged her and her sister to have their hearts checked, but no alarms were raised after consulting with a doctor.

"It just got pushed to the side," she said.

Eleven years later, Criss got a call from New York telling her that her sister, Leisha Counts, had suddenly collapsed while jogging, and emergency crews at the scene and at the hospital were unable to resuscitate her.

A few days earlier, Criss had been chatting with Counts about her plans to begin jogging, the next step in a health journey that had resulted in a 128-pound weight loss.

"She was the healthiest she'd ever been," Criss said.

Criss, then 24, flew to New York from California to identify her sister at the morgue, where the medical examiner said Counts, 33, had hypertrophic cardiomyopathy and urged Criss to get checked.

"He asked me if I had any symptoms and said: 'You need to get checked. Call your doctor right away,'" Criss said.

Hypertrophic cardiomyopathy (HCM) can be caused by abnormal genes that make the septum, the wall of the heart's main pumping chamber, thicken and stiffen, thus reducing blood flow into the heart and reducing the flow out of the heart in many cases. It is the most common form of inherited heart disease and can affect people of any age. An estimated 1 in every 500 adults living in the U.S. has HCM, but a large percentage of patients are undiagnosed.

Criss saw her doctor as soon as she returned and was diagnosed with anxiety. Two years later in 2008, testing revealed that the deep feeling of anxiety in her chest was actually atrial fibrillation (AFib).

For the next eight years, doctors struggled to manage Criss' AFib through dozens of medications and treatments. She underwent cardioversion, a procedure in which Criss' heart was shocked into sinus rhythm while under sedation, 13 times, and had three ablations, a procedure that destroys the small amounts of heart tissue believed to be causing rapid or irregular heart rhythms.

During each of her three pregnancies, Criss also experienced congestive heart failure with swelling so severe it was difficult to bend her legs. Following the birth of her third child, a daughter in 2017, she also had postpartum preeclampsia.

"A light bulb just went off for me," she said. "It just reminded me of my relationship with my mom, and I wanted to make sure I was there when my daughter was 14."

Criss decided to confront what happened with her mom's death, requested her death certificate and discovered a potentially lifesaving clue: Her mother died from hypertrophic cardiomyopathy, the same condition that killed her sister.

Criss knew her mom had a pacemaker and a low heart rate but didn't have any other details when she first sought treatment herself. She immediately contacted her cardiologist and electrophysiologist and was soon scheduled for surgery to have an implantable cardioverter defibrillator (ICD) placed.

During the 2½ hour meeting with her electrophysiologist, Criss recalled, "He said, 'There's no way you should have been here, you should have died already, and I'm so grateful for the angels that kept you here, but now we're going to fix this."

People with HCM face a risk of death more than three times greater than the average person of the same age without HCM. People with HCM are at increased risk for developing atrial fibrillation and heart failure — both of which Criss had — as well as a higher risk of suffering a stroke and even sudden cardiac arrest.

Recent guidelines by the American Heart Association emphasize the importance of shared decision-making among the patient, family members and the health care team in cases of HCM; fostering an open dialog about the full range of testing and treatment options and the risks and benefits of those options; and, most importantly, allowing patients to share their own goals for care.

Looking back, Criss had symptoms that were attributed to other things.

"They would blame my symptoms on my weight, but my sister had lost all the extra weight and it still happened," she said.

Criss' ICD was placed in February 2018. She still has AFib and experiences lightheadedness and nausea most days. Although her ICD has not been triggered, she also struggles with anxiety about a potential shock and tries to focus on its lifesaving potential instead.

"Although I still struggle with this … overall it puts my mind at ease," she said.

Doctors have told Criss, now 40, she will one day need a heart transplant. Genetic testing showed she had a gene mutation for HCM, so she had her kids, now 12, 8 and 4 years old, tested after being told odds were that one of them would, too. Happily, none of them did.

"We went out and celebrated," she said.