One Sunday morning at church, Alejandra Rosales Murillo and her four sisters were sitting with their parents when one of the girls noticed their father's face was drooping.

She whispered the news to their mom, Maria Rosales Murillo. She leaned toward her husband, Jose Rosales Campos, and asked if something was wrong.

"It's probably Bell's palsy again," he said. A year earlier, he'd had a short bout with the condition, which can cause temporary facial weakness.

As the information was whispered to each member of the family, the commotion caught the attention of a guest preacher. He stopped his sermon to ask if everything was OK. Jose nodded yes. The preacher then led the congregation in a prayer for Jose and cut the service short.

The preacher urged the family to take Jose to the hospital, but he refused. He insisted they continue their plans for the day, which included a meal to celebrate the 19th birthday of one of their daughters.

The family lived in Calexico, California. Although the restaurant was a short drive away, it was across the border in Mexicali, Mexico.

By the time they reached Mexicali, Jose's speech was slurred. He wasn't responsive. Maria drove to the local hospital. The hospital turned them away because Jose's medical insurance only covered him in the United States.

Maria drove back to California. It's usually a quick trip, but on this day – Dec. 23, 2012 – the border crossing was clogged with holiday travelers.

Finally, about four hours after the church service, the family arrived at a hospital in nearby Brawley, California.

Doctors determined that Jose, then 49, had two strokes. His right side was paralyzed, and he couldn't speak.

Alejandra, who goes by Ale, stayed at the hospital to help. A high school senior at the time, she knew she was needed to serve as everything from a translator for her non-English-speaking parents to simply helping them navigate this new journey. While there, she also learned more about strokes. She realized her father had been at high risk.

He had obesity, drank a lot of beer and favored pizza and pork chops. He took medication for diabetes and high blood pressure.

"My dad would go to the doctor once a year and was always told he needed to take better care of himself, but he never did," Ale said. "We'd all try to talk to him, but he'd say, 'I'm fine, don't worry. I'm out here working.'"

After a week in the hospital, Jose went home in a wheelchair. He gradually progressed to using a cane, although post-stroke seizures sometimes required him to again use the wheelchair.

Jose had worked at a retail store in the United States and as a mortician in Mexico. Now he couldn't. He received some unemployment and disability insurance, as well as Medicaid, but the family struggled. Maria juggled her job and caring for Jose.

Ale had considered dropping out of high school to earn money. Her parents insisted she graduate. She did, then went to work. She took a job in the fields of the Imperial Valley. She had to wake up at 3 a.m. to arrive at work to harvest vegetables.

While this helped ease the family's financial burden, Ale wasn't satisfied. She wanted a career.

Inspired by those who helped her father, she wanted to help patients.

By taking out student loans, Ale was able to get a degree as a medical/clinical assistant.

From 2017 to 2021, she worked as an intake clerk at the same hospital in Brawley that treated her father. Last year she started a job as a case manager, where she helps health care professionals and patients gain access to medication by working with their insurance company to secure coverage.

She's able to work remotely, so she logs on from her parents' home. This allows her to spend time with her father every day.

"He's like my co-worker," she said. "During my break, I'll see him watching the news and I'll make him something to eat."

Jose mostly gets around with a cane, though he also often uses a wheelchair or scooter. He speaks a few words and otherwise gestures with his left hand to communicate. While his right leg has some movement, his right arm remains paralyzed.

One of Ale's younger sisters, Adriana Rosales, also was inspired to help patients. She works as a nurse at a hospital in Tempe, Arizona. She was 12 and very close to her father when he had the stroke.

"We had a good support system from our church and family, but I wasn't aware of how tough it would be financially and emotionally," Adriana said.

The sisters can't help but wonder how things might have been different if their family had known more about the risks of stroke.

They also realize they were likely compromised by Hispanic cultural traditions. Many of the foods they typically eat are not part of a healthy diet. Further adding to the challenge is that health is considered a taboo topic of discussion, Ale said. That's despite Hispanic people having a relatively high rate of high blood pressure, obesity and Type 2 diabetes.

"Our goal as a family is to spread awareness on stroke, especially in our community," Ale said. "We want them to know how much it can affect not just the person who had the stroke, but everyone around them." 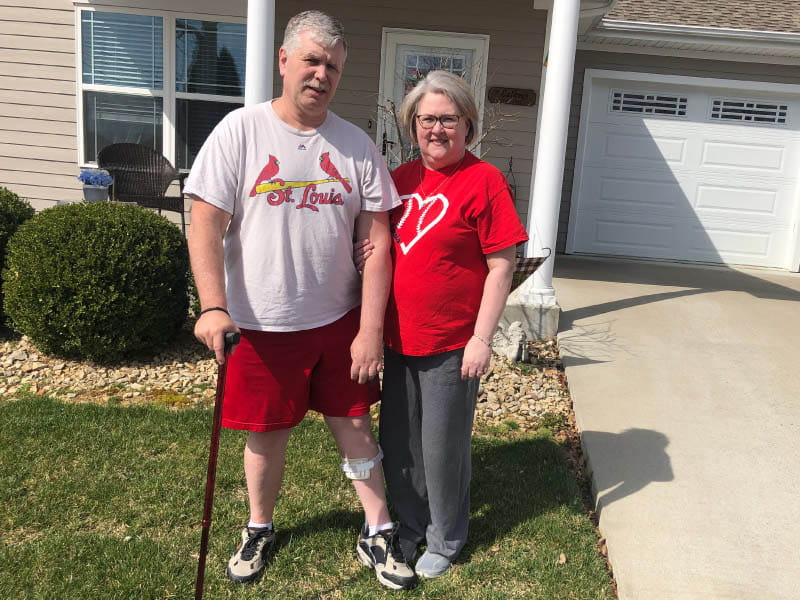 Limited by stroke at 48, his wife helps him make the most of their 'new normal' 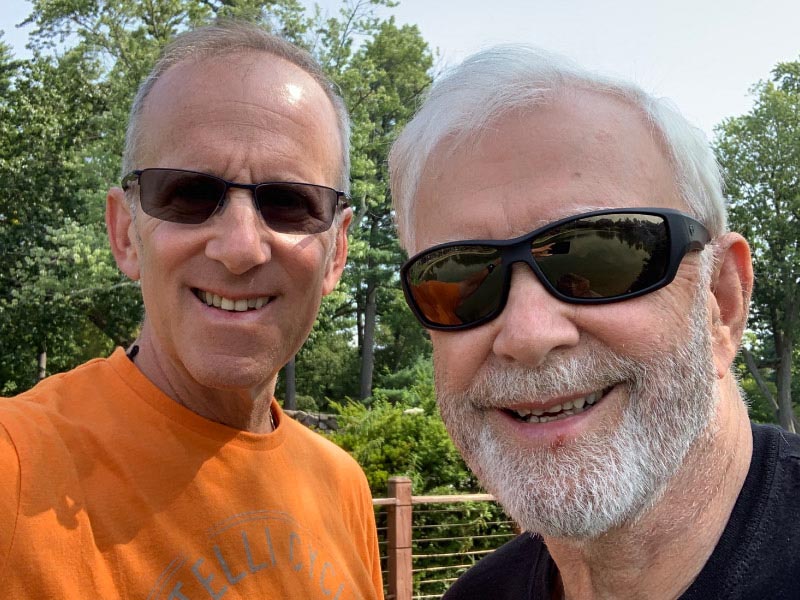 Son helps dad after back surgery, then dad helps son after stroke After three strokes, he 'overheard' the grim prognosis and fought back