While a worker cleaned out the septic system at John Cathey's house in Murray, Kentucky, John was down in the crawl space checking the pipes. When it came time to exit, he pushed his legs to scoot out. His left leg wouldn't move.

His wife, Paula, was cleaning the bathroom. Through a slightly raised window, she thought she heard someone cry out.

Several minutes later, the worker knocked on the front door. He was looking for John. Remembering the possible cry for help, she ran outside. She found John lying on the grass. He was unable to move his left side. The same side of his face drooped. His speech was slightly slurred, but he could still talk.

For years, Paula had been prepared for John to have a heart attack because heart disease ran in his family. But a stroke? That only happened to old people, she thought. John was 48. To her, he was still "the sexy jock" she'd fallen for in high school.

Because of his family history, John had focused on eating well and staying in shape. He played softball frequently, sometimes up to 200 games a year. He underwent an annual physical for work – 12-hour swing shifts at a chemical plant – and never had problems.

When the EMT told John he'd had a stroke, he pushed back.

John was airlifted to a hospital in Nashville, Tennessee. Surgeons removed the clot in his brain by performing a procedure called a thrombectomy.

Doctors aren't sure what caused the stroke. This happens in about one-third of all clot-caused strokes. John was told it even could've come from twisting his neck under the crawl space for too long.

As John recovered in the hospital, his speech was fine, though he needed therapy for swallowing. He also got therapy to help him move his left leg, arm and hand. He made only a little progress.

Still, Paula assumed he would walk out of the hospital. So she didn't understand when a doctor asked, "Where are you going to put him?" He assumed she would move him to a long-term care facility.

No, she was told. He needed to go to a rehabilitation facility.

After one month at the facility, John regained some feeling and movement on his left side, yet not enough to walk. Doctors felt he had done all he could there and could continue rehab on an outpatient basis.

He and Paula went home to start their post-stroke life.

Before, Paula worked with middle school students with functional needs. She gave that up to care for John. (Their two adult sons lived too far away and had families of their own to care for.)

Friends from church built a ramp to get John's wheelchair in and out of the house. The wheelchair scared their dog, as did the commotion from therapists coming and going. They found a new home for the dog and adopted another pet: a Russian Blue cat they named Rhett Butler. Paula joked that Rhett "acts like a dog" but is easier to take care of.

That was in 2013. Within a year, John began walking with a one-armed walker and an ankle-foot orthotic that stabilized his left foot. Just last year he graduated to walking with a single-point cane. But he still has no use of his left arm and hand.

In 2017, the couple sold their home and moved to the independent living section of an assisted living facility. While they preferred their house, John needed frequent care and "living off a disability check, I couldn't be hiring people to help," he said.

For Paula, moving was both a relief and a sorrow.

"It feels like being homesick and knowing you can never go home," she said.

The couple have made friends in their new community, despite being much younger than most. They also find strength and companionship through their faith, church family and a hospital support group for stroke and brain injury survivors. John also keeps in touch with his former union co-workers, who have sent a gift of money to the couple every Christmas.

"I was 46 when John had the stroke," Paula said. "We were just starting as empty nesters, doing all these things and going all these places. Now we feel like we're living old, way before our time."

John has learned to dress himself one-handed. Paula ties his shoes and helps with anything that requires two hands.

He still goes to therapy once or twice a week, and his gait continues to improve.

"It really comes down to a lifelong battle," he said. "If you want to sit down and quit, that's where you'll be the rest of your life."

John realizes how much he is the center of attention. However, he's not on this journey alone. Paula's life has been upended, too.

"I'm so blessed to have a caregiver like my wife is," he said. "I couldn't do it without her."

Nearly a decade since John's stroke, Paula has only recently accepted her "new normal."

"You just can't wait until life stops being difficult to be happy," she said. "Above all, John and I are thankful that we still have each other. The main thing is that we're still in love and we're still together." After a spinal cord stroke left him paralyzed, he vowed to walk again 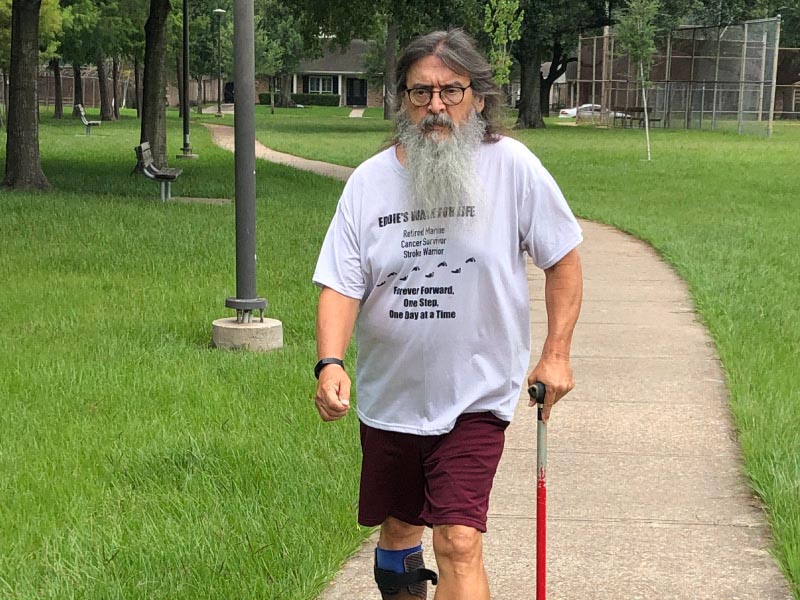 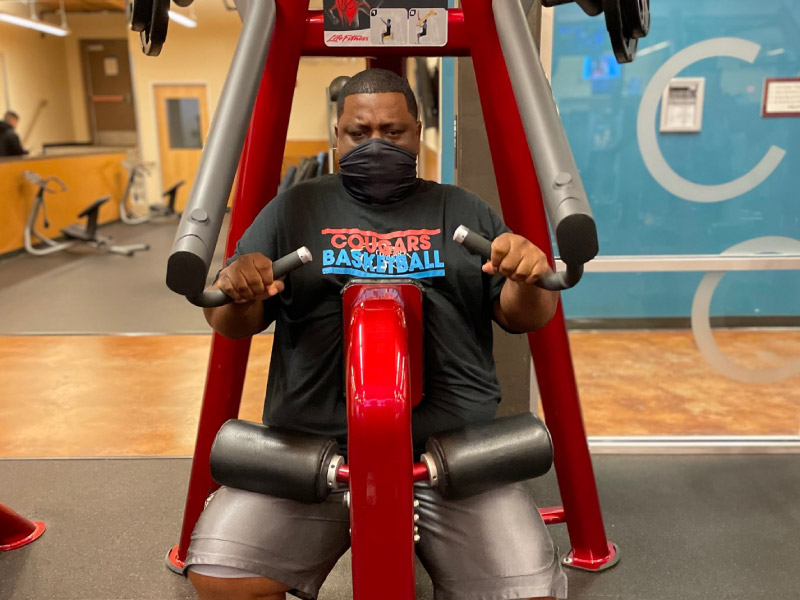 A day before his cardiologist appointment, 41-year-old had a stroke