Over 30 years as an emergency room physician in Puerto Rico, Angel Davila built a reputation as a skilled doctor eager to help everyone he met. Having worked at hospitals all over the island, he met plenty of people.

Davila also built a reputation as a sportsman. He represented Puerto Rico in international competitions in judo, water skiing and his true passion, sailing. He has sailed with the best crews on the island, often returning to shore carrying a first-place trophy.

So when Davila went from treating COVID-19 patients to becoming one, devices throughout Puerto Rico and beyond pinged with the news.

That news grew grim right away: Even with a ventilator pumping oxygen into Davila's lungs, his body needed more. Blood clots were to blame; he had 3,000% more than he should. The doctor who treated him – a friend since medical school, someone so close they considered each other brothers – gave Davila a 5% chance of surviving.

Caregivers provided every medicine they could. They also provided daily updates to his wife, Laura. Because of the pandemic, she was barred from the hospital. She couldn't have come anyway; she battled her own, milder case of COVID-19.

Following each call from the hospital, Laura spread the word to family and friends, who then shared it with others. Many did the only thing they could under the circumstances. They prayed.

Would experimental medicine, prayers and his will to live be enough?

As director of the emergency room at HIMA San Pablo Cupey Hospital, Davila knew he was at high risk for catching the coronavirus.

Yet a respiratory infection called mycoplasma struck him first.

Davila was on a 10-day antibiotic regimen when he seemed to suffer a setback. He couldn't keep anything in his stomach, had a low fever and weakness. He decided to visit his hospital for a dose of IV fluids.

Surely, he figured, this came from the mycoplasma, the medicine or both. Still, he took a blood test for the coronavirus. It came back negative. But that test was considered unreliable. So Davila also got swabbed.

The results were pending when he felt strong enough to go home.

Among Davila's favorite things about Puerto Rico is always being within two hours of open waters – the Caribbean Sea to the south, the Atlantic Ocean to the north. And as much as he loves gliding atop the water on boats, he's also fond of gazing at the colorful marine life far below the surface.

Not scuba diving. Freediving. The kind that involves holding your breath for long stretches. Between that and his martial arts training (taekwondo, kung fu and aikido as well as judo), his lungs were strong.

But a few days after the swab test came back positive, he found himself gasping for each breath.

Davila returned to his hospital. He was immediately transferred to the COVID-19 unit of a sister hospital, where Davila worked for most of the 1990s.

Many of his former colleagues still worked there, including his "brother," Dr. Ramon Suarez. Everyone else in the unit knew of him. Still, Davila had never felt more isolated.

Caregivers wore so much protective equipment that even people he'd known for decades had to identify themselves. He also couldn't shake this thought: "You either go out alive or you go out dead."

Among the many diabolical aspects of COVID-19 is its variety of manifestations. For Davila, the primary concern was blood clots.

Clots invaded his lungs, filling spaces reserved for oxygen. That's why he struggled to breathe.

The severity is best evidenced by the results of a test for the protein fragment that indicates how blood is clotting.

The next day, with one of Davila's lungs barely functioning, doctors sedated him and put him on a ventilator.

The machine was supposed to keep his blood-oxygen level at 100%. Hours later, it was 70%.

That's why Suarez put Davila's chances of surviving at 5%.

With odds that low, the medical team – including lung specialists Arlene Hernandez and Samuel Valentin – tried every experimental treatment they could. Davila received stem cells, vitamin K, convalescent plasma and other antiviral medications. Everything was supervised by the CEO of the hospital system; he required staff to call twice a day with updates.

Although Davila was unconscious, his mind stirred.

Most visions were disturbing, like the time he could see other people but they couldn't see him.

When he woke up, he processed it as another cruel scene. He screamed an expletive and grabbed at his face. He jerked out a feeding tube threaded through his nose and into his stomach.

"Don't move!" said a man who came running at the sound of the expletive. "We're planning to take out your tubes. Please, stay still!"

Davila remained agitated. A nurse called for help. That is, she called Laura and placed the phone next to Davila's ear.

Once Davila was fully conscious, he realized his face and hands were swollen.

His fingers, however, were nimble enough to scroll through the messages on his phone. He had more than 800 from across Puerto Rico, mainland U.S., Mexico, Colombia – even nuns at a convent in France. (His network includes fellow volunteers with my organization, the American Heart Association. Davila is on the board of directors for our Southeast Region.)

The gist of the messages was the same: We're praying for you.

"The prayers arrived," he said. "They helped me to stand up."

On his third day of consciousness, Davila responded to his admirers. Looking into his phone's video camera, he thanked everyone for everything. He also hoped to harness the power of the moment. With people seeing him in his hospital bed, clearly wiped out by his ordeal, he urged them to take every precaution.

The video circulated through the grapevine of family and friends, eventually reaching social media, then traditional media. Because so many people posted it in so many places, it's difficult to gauge how viral it went. Davila estimates 250,000 people have seen it.

Post-coronavirus, Davila lost another 26 pounds and his muscles weakened. He needed three weeks of rehab to relearn how to sit then stand then walk.

"I was like a child of six months because I could only eat, speak and … you know the other thing," he said, laughing. "Every day, I grew up like two months. Now I'm a child of three years."

The day he left the hospital, caregivers lined both sides of a hallway and cheered as he was wheeled to the exit. Television news crews documented the victory lap, telling the story of the former judo champ who toppled his 95% chance of dying.

Almost two months since coming off the ventilator, Davila's skin remains black and blue down the left side, especially his back. He's numb on the inside of his left thigh and foot, and on some of his right toes. He also has a knot below his left knee. These are all lingering effects of his clotting.

Andres was living with his parents. When they tested positive, he moved in with his brother, 29-year-old Angel. (Each son's career stems from their dad's influence: Angel is in the Coast Guard, Andres just finished his first semester of medical school.)

On Davila's first night home, the four of them enjoyed a thick, ocean-blue cake. In addition to the obvious reason to celebrate, they also were catching up. Davila turned 63 while sedated.

Since coming home, he's gotten antsy. He wants to work again. The CEO keeps telling him to take his time.

They compromised on a start date. He returns next week. 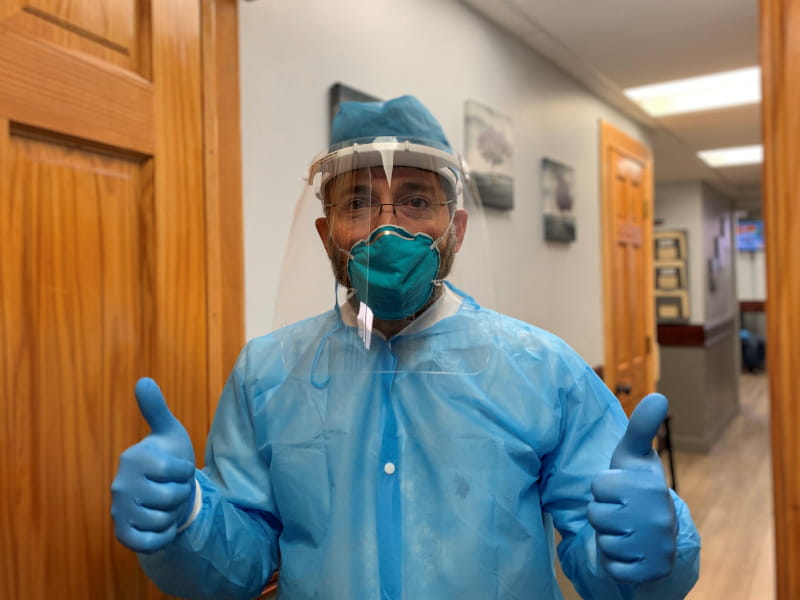 She's a heart doctor. Her son got COVID-19. Then she did. And her husband … and daughter. 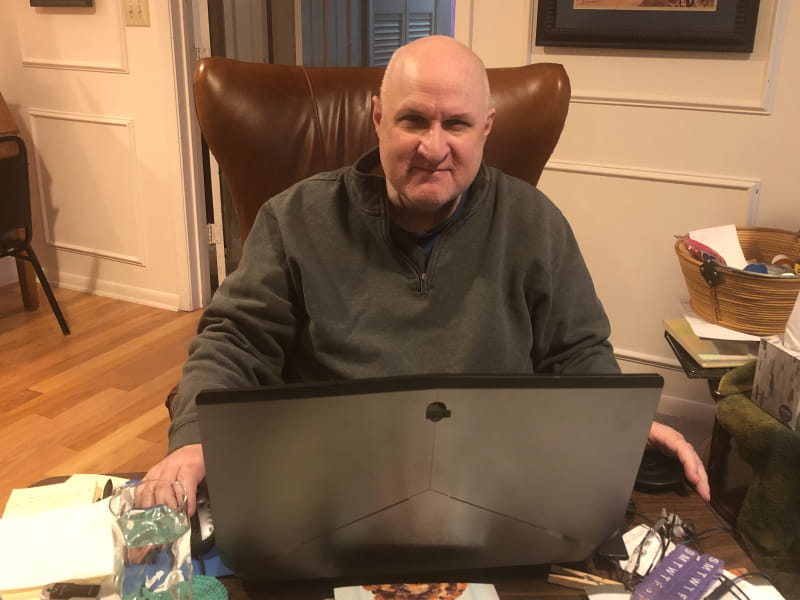 He's a doctor, a heart disease survivor – and a COVID-19 patient