Nearly a week into suffering from COVID-19, Dr. Tim Martindale started feeling like himself again.

The coughing, aching and abdominal cramping eased. His blood pressure, pulse, temperature and oxygen saturation all neared or reached the normal range.

Good news, right? Maybe. Based on reports he'd read from doctors in New York, Italy and China, Tim knew this meant he reached a fork on the road to recovery.

Zig and he'd keep improving. Zag and he'd be back where he started … or worse.

All he could do was wait.

He was well aware being 62, overweight and only a few years removed from a heart attack that required a triple bypass could turn COVID-19 into a death sentence.

More than 2,800 patients rely on him, as do seven employees and his nurse practitioner-partner. He felt almost as responsible to those families as to his own – his wife, three kids and three grandkids.

Once society began shutting down, he considered shifting to telemedicine. His son, Zane, a family medicine doctor in New York, encouraged him to do so. Instead, Tim basically split the difference. Patients with an infection would be treated via telemedicine; everyone else could enter the clinic.

But by 6 p.m. on Sunday, April 5, an invisible invader announced its presence.

"All of a sudden," he said, "I felt body aches, my temperature rose quickly and my blood pressure immediately began to go sky-high."

With icy hands and feet, a runny nose and dry cough, he logged his vital signs. He called his physician and cardiologist, and he alerted his partner.

At 8:12 p.m., he sent Zane what his son described as "a perfect Dad text," meaning jarring news delivered in a goofy way: "Going down I am; not happy."

Tim's primary concern was his rebuilt heart. The infection could inflame it. His soaring blood pressure likewise was not helping his overall heart function. He checked his blood pressure every hour, all the way until 4 a.m.

He didn't dare go to sleep.

He feared not waking up.

The next day, his wife, Denise, drove him to a drive-through testing site. But confirmation of COVID-19 provided little solace. There's no antidote, of course, much less a proven treatment.

Back home, Tim was wracked with muscle and joint pain. He coughed up so much gunk that sometimes he could hardly breathe. He alternated bouts of chills and sweats. He was lucky to sleep four hours.

Within hours, side effects (cramps and diarrhea) joined the list of ways his body betrayed him.

Stress barged in, too.

With his practice closed, Tim felt like he was letting down his patients. While his partner was seeing everyone via telemedicine, there were consequential questions without answers: Would insurance cover those visits? How long could he afford to pay his employees?

What haunted him most about his patients and employees was this thought: "I could've exposed them to something it was my job to protect them from."

(Tim isn't sure how he contracted the coronavirus and his wife was never tested.)

Tim's lack of sleep had a ripple effect. There was the physical toll of the body not restoring itself, the emotional agony of tossing and turning, and the combined output of being tired and cranky.

By Thursday, his life was a game of medical whack-a-mole, symptoms unreliably popping up at different times and with different intensities.

That changed on Friday. When he reached the fork.

"I was both excited about feeling better," he said, "and fearful that I'd go downhill again."

He slept even less that night. Once the sun came up, he wanted to talk.

Actually, he wanted to listen.

"It was like a situation in sports – you're behind, it's the fourth quarter and you need the coach to pull you aside and give you a rah-rah-rah speech," Tim said.

Zane was jarred by the panic in the voice of a man he considers "an emotional fortress." Still, he summoned his best bedside manner.

Tim's younger brother, John, was similarly stunned by the weak voice of someone usually courageous and confident. So John reminded him, "You're a strong person with a lot of faith and a lot of grit."

Other relatives pumped him up, too. So did his partner, a radiologist pal and a former professor.

Friends who are psychiatrists called and said the perfect thing: "Want to talk?" He read online messages from friends and strangers who were part of a nationwide prayer circle created on his behalf.

It was as if he'd overdosed on the soul-soothing medicine of hope.

Whatever the reason, Tim's health zigged.

He improved each day. So did Denise.

Tim even solved the riddle of sleep. Sort of. He'd spend about five hours lying in bed, then move to his comfy daytime chair. He secured more zzz's there by leaning over a rolling table in front of him, his arms folded over his laptop serving as a pillow.

"Whatever it takes," he said.

Good news arrived about his clinic. A federal Payroll Protection Plan loan meant everyone would continue getting salary and benefits.

The experimental drug cocktail expired with little proof it helped. Considering the side effects, he doubts it was worth it for him.

Since he did feel all the soul-soothing medicine helped, he went for more in the form of watching Hallmark and "Star Wars" movies, TV shows "Private Practice" and "Suits," and online services from churches across the country. He listened to playlists anchored by Bob Dylan's "Slow Train Coming" and Chicago. He read thousands of positive support messages from Facebook friends. He and his wife prayed together daily, and were grateful for the thousands of people who said they were praying for them.

"I was taking so many downers for my immune system that I focused on uppers – things with positive, feel-good experiences of love, courage, triumph through adversity, those sorts of things," he said.

Before going to medical school, Tim enjoyed careers as a pastor and a magazine editor. So he knows how to deliver a powerful message.

Layer that with his 21 years in practice, and it's easy to see why he's a reliable voice about health in his community.

It also explains why he was quick to publicize his diagnosis. He shared it on Facebook and with a local TV station, then posted updates on both.

"Putting a face on this illness and sharing my experiences gives people a greater sense of knowledge and maybe less fear," he said. "I don't want anyone overwhelmed by the unknown.

"That's what I most want to give – the sense of identifying with someone who made it through and survived." 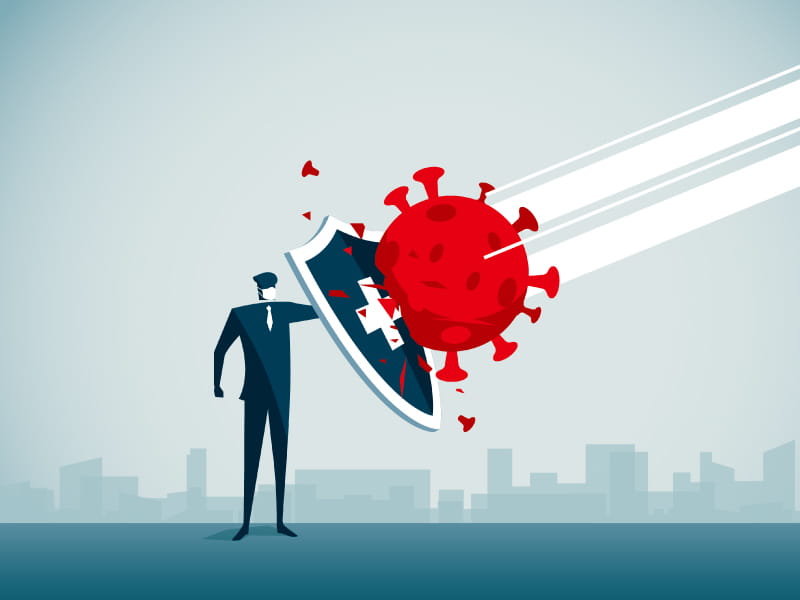 Keep your immune system in top shape with these tips COVID-19 science: Why testing is so important 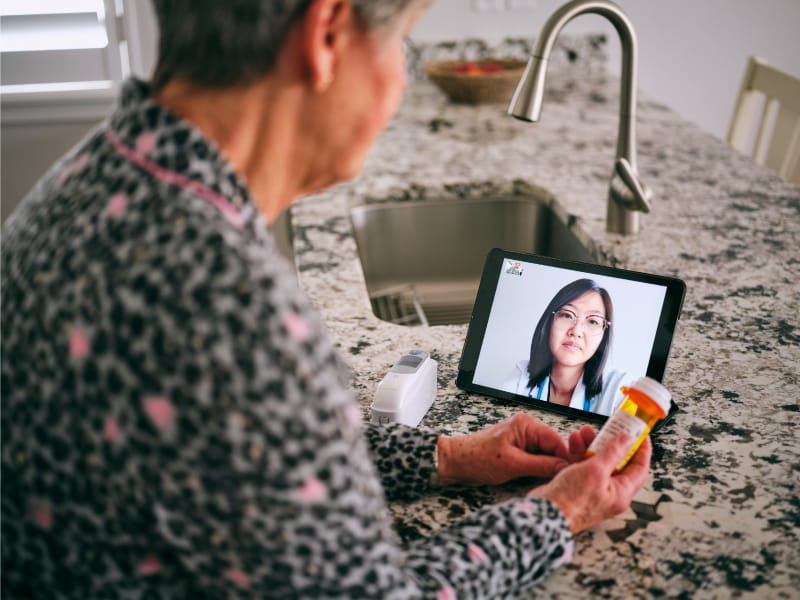