The warnings about vaping – inhaling the vapor of electronic cigarettes – tend to focus on the potential dangers to the heart and lungs.

But an increasing amount of research shows the chemicals in e-cigarettes start to inflict damage right where they enter the body: your mouth.

Because e-cigarettes are a recent phenomenon, said Dr. Crystal Stinson, assistant professor at Texas A&M College of Dentistry in Dallas, "Studies on their impact are really new. But now we have a solid amount of evidence that shows the link between e-cigarettes and poor oral health."

Nicotine, whether smoked or vaped, restricts blood flow to the gums, which can contribute to periodontal disease. The fluid in e-cigarettes, which can include propylene glycol, benzene, formaldehyde and other chemicals, only increases the risks.

A study published earlier this year in the journal iScience showed that 43% of people using e-cigarettes had gum disease and oral infections. That figure was higher among smokers – 73% – but only 28% among people who neither smoked nor vaped.

"The oral cavity is really resilient tissue that heals faster than other parts of the body," Stinson said. "But we also know that when you repeatedly traumatize it, that's when you end up having issues that are irreversible."

Those issues, she added, range from inflammation and tooth cavities to loss of bone that anchors teeth to the jaw, called periodontitis, and oral cancer.

Another study published in May in Science Advances concluded the oral microbiome – the vast collection of friendly bacteria, viruses and other microbes that live in the mouth – of e-cigarette users without gum disease looked a lot like the microbiome of people with periodontitis.

"It's absolutely scary stuff," said Dr. Purnima Kumar, professor at the Ohio State University College of Dentistry and the study's senior author. "E-cigarettes stress the bacterial communities that live in your mouth, and they encase themselves in slime. So they're no longer good bacteria and the inflammatory response is through the roof. People are walking around thinking they're healthy, but they are just primed for disease."

Oral health is a critical element of whole-body health. Two preliminary studies presented in February at the American Stroke Association's International Stroke Conference linked gum disease with a higher rate of strokes caused by hardening of large arteries in the brain and also with severe artery blockages. A 2018 study in the American Heart Association journal Hypertension found that gum disease appears to worsen high blood pressure and interferes with medications to treat hypertension.

Last December, the American Dental Association issued a statement urging a ban on e-cigarettes not approved by the Food and Drug Administration to help people quit smoking, as well as more research on the effects of vaping on oral health.

"We've just scratched the surface," Kumar said. "We know it's detrimental. We need to start looking at which chemical components of vape really cause this, why does it cause this, how long does it take to start, and how long does the body need to recover once you quit."

But Stinson doesn't need to wait for more studies to be convinced of the dangers of vaping. One look inside a vaper's mouth usually tells the story.

"Periodontal disease is normally an adult disease, and we're seeing it in younger people," she said. "Younger people normally have more saliva than they need, so when they present with dry mouth, periodontal disease or increased complaints of mouth ulcers, our next question is, 'Do you vape?' These symptoms are all tied to components in e-cigarettes."

She also notices more cavities in her younger patients who vape, which she believes may be due to the acidity of the components in vape liquid and an increase in cavity-causing bacteria.

Stinson attributes the high rate of nicotine dependence to the sweet flavorings that helped attract adolescents to e-cigarettes. In February, the FDA banned many flavored e-cigarettes in hopes of reducing the rise in vaping among young people, but health experts fear many are already hooked on nicotine.

"Phasing out the flavors is going to help, but we still have a population that is struggling to let go of the habit," she said.

Both Stinson and Kumar are involved in education and cessation programs aimed at convincing young people not to start vaping and helping those who do to stop.

The first lesson: Don't be fooled into thinking that what looks like steam is a safe alternative to cigarette smoke.

"You hear 'vapor' and you think steam facials or a tea kettle," Kumar said. "It's not a vapor. It's an aerosol, like hairspray or what you use to kill ants and cockroaches. When I teach young kids, I take little cans of hairspray and say, 'I want you to spray this in your mouth.' 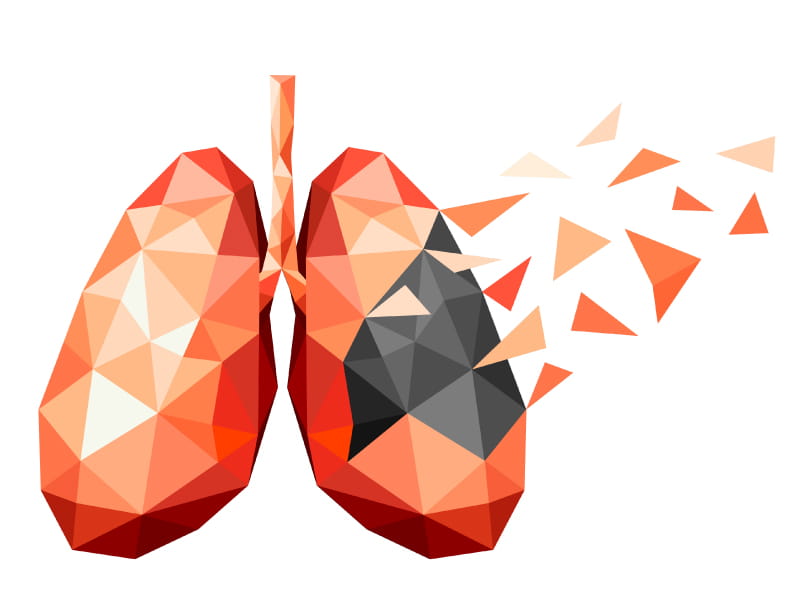 Why lighting up and COVID-19 don’t mix 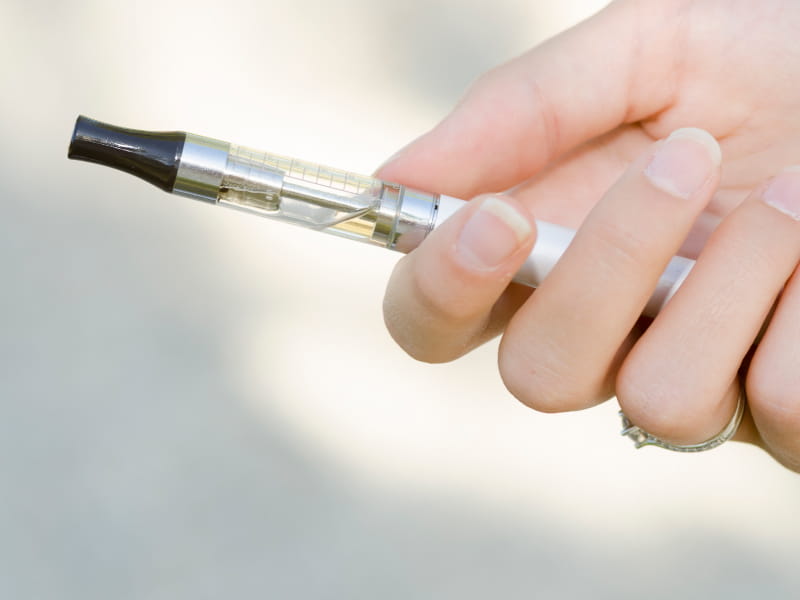