While pregnant, she'd had preeclampsia, a condition characterized by high blood pressure and protein in the urine. She also had HELLP syndrome, a disorder of the liver and blood cells. But all those complications seemed to clear once she delivered her son.

She still had a blood pressure monitor from her pregnancy, so she periodically checked her numbers. She kept a journal in hopes of identifying what could be triggering the spikes. She changed her diet. But she couldn't find a pattern.

Then came her second pregnancy, and with it the similar complications, with symptoms subsiding after her daughter's birth.

But seven years ago when that daughter was 4, Stanley's blood pressure again started to spike and then return to normal. The spikes were happening more frequently and accompanied by headaches and a few common heart attack symptoms: chest pain, shortness of breath, pain in her jaw and left arm.

For five years, she went to the hospital and underwent tests when symptoms occurred. Each time she was told it was not a heart attack and sent home.

Finally, a catheterization procedure revealed Stanley had an undiagnosed congenital heart defect called a myocardial bridge, which is when a section of the coronary artery tunnels into the heart muscle instead of outside of it. But doctors said her myocardial bridges weren't to blame for the heart attack-like symptoms.

"I had one cardiologist tell me I was an overstressed woman and should quit my job," she said.

After pushing for more answers, Stanley underwent a new test. It showed that when her blood pressure spiked, her myocardial bridge compressed, impairing blood flow to her heart by 50%. Still, a doctor said that wasn't the cause of her symptoms.

"But I refused to believe it," she said.

Stanley's health struggles were taking a toll. While she once got up early to exercise five to six times a week, now she could barely manage demands of work and kids.

"I was always feeling sick and in bed," she said.

Her husband, John Stanley, said it was frustrating to see her struggle.

"50% of Nina is like 200% of anyone else, but that super vibrant person was starting to diminish," he said. "She would work and that would be it. She would have no energy left."

An intensive study for answers – including weeding through medical journals – ultimately led her to consult a specialist in small vessels. However, she lived in Philadelphia and the doctor was in Los Angeles.

She made the trip. After three days of testing, Stanley learned the microvessels branching off her main cardiac arteries had been damaged while she had preeclampsia and were undergoing spasms that prevented her from getting adequate blood flow. Testing also showed those spasms were occurring in her myocardial bridge, too, causing the section of artery to kink inside the heart muscle when under stress, an action that also damaged the heart muscle.

"I finally felt like I wasn't crazy," Stanley said.

She underwent open-heart surgery in August 2017 to "unroof" her myocardial bridge, moving it outside the heart muscle so it would no longer get squeezed shut.

"I went from doctors telling me I didn't have a cardiac issue to open-heart surgery a few months later," Stanley said.

She continues to recover, a process her doctor said could last until August 2022. Meanwhile, her husband has become more devoted to his health, losing 30 pounds through improved diet and more exercise.

That's one of the messages she likes to share, encouraging people to advocate for their health and seek specialists if necessary.

"Ask questions and do your research," she said. "Ask your doctor if there are any other opinions they are soliciting from other specialists or if they have presented your case to the medical board."

"If you feel dismissed, or rushed, or that your doctor isn't listening to you, find another doctor," she said. "Nobody knows your body like you and if you really feel something is wrong, don't give up looking for answers." 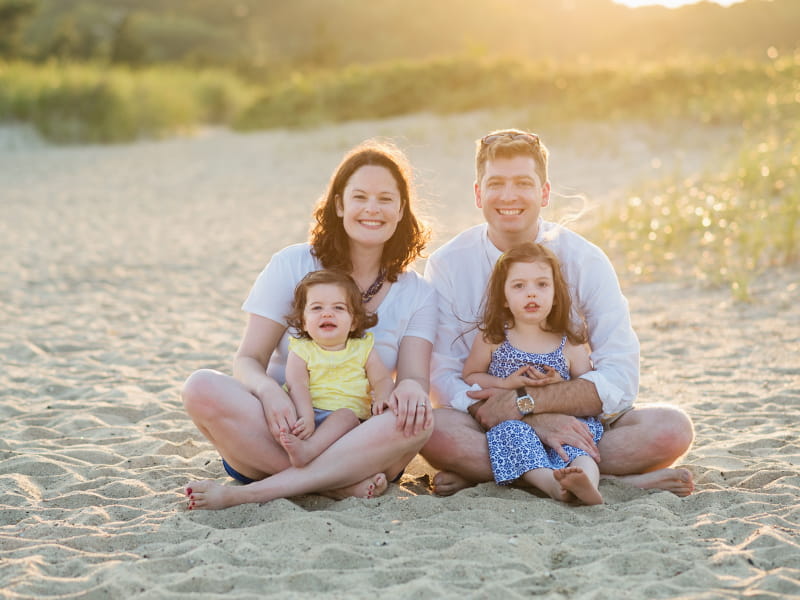