Christie Tolosky went to her family doctor's office to get a prescription for a toothache. She collapsed and was dead within an hour, leaving doctors looking for clues about what happened to the otherwise healthy 24-year-old.

An autopsy revealed the answer. While planning the funeral, Barbara Tolosky, Christie's mother and a registered nurse, saw the cause of death listed as arrhythmia, an irregular heart rhythm. That started a chain of events that led to three generations of the family being diagnosed with long QT syndrome, a disorder of the heart's electrical system that can cause irregular and potentially fatal heartbeats.

Christie had experienced fainting spells – the first in her high school cafeteria in upstate New York. She was taken to a hospital. Her blood sugar was low, and a follow-up visit confirmed hypoglycemia, a condition caused by low blood sugar. She was told to follow a certain diet. There was no reason to check an otherwise healthy teen's heart.

Christie's second episode was in college. She told her mom she woke up with her alarm going off, and the next thing she knew, she was on the floor.

The final time was in the doctor's office.

Within days of Christie's death in June 2005, the family's physician wanted the Toloskys to be checked to see if there was something genetic going on.

Long QT syndrome is a rare condition. It's marked by the lower chambers of the heart taking too long to contract and release. The name comes from letters associated with the waves on an electrocardiogram: the problem is found when there's too much time between the letters Q and T.

Long QT can be hereditary, usually affecting otherwise healthy children or young adults. Others can get it as a side effect of medication.

Christie's older brother, Nick, was fine. But mom Barbara and younger sister, Melissa, were both diagnosed with the condition.

At the time, Melissa was 22 and about to spend a year in Belgium for graduate school. After multiple consultations, she opted to get an implantable cardioverter defibrillator, or ICD, a device that tracks heart rate and can deliver an electric shock if needed to restore a normal heart rhythm.

Four months later, another death rocked the family: Barbara's mother died. Two days later, Barbara felt her heart flutter and went to the hospital. While there, she had a cardiac arrest. She also now has an ICD.

By 2014, Melissa had moved back to the Albany area to be near her close-knit family and was working as a communications consultant. She and her husband, Braden Russom, were expecting their first child.

She found out about a fetal arrhythmia study that was recruiting pregnant women with long QT syndrome and enrolled. The couple flew to Wisconsin and met with the specialist overseeing the research. Melissa was hooked up to a machine that could separate the fetal heart rhythm from her own. Right away, they detected the 24-week-old fetus had long QT.

From that point, the doctor became part of the care team, and a crowd of medical staff was in the delivery room, providing extra peace of mind.

They named the girl Cora. Her middle name is Christie.

Two years later, the couple was pregnant again. Their second child, Kate, had the same test and she too was diagnosed with long QT. She and her big sister take medicine called beta blockers to help regulate their hearts' workload.

"The way that we tell them about it is that they have a special heart, and that's why they have to take their medicine," Melissa said.

In the years since Christie died, several of her aunts, cousins and their children – all on her mom's side – also have been tested and diagnosed with long QT.

This extended family has learned that people can have it without showing any symptoms. Others may faint. Sometimes, an everyday circumstance can trigger an arrhythmia, such as being startled, experiencing intense emotion or working out. In fact, Barbara believes a lunch bell ringing at school may have triggered Christie's first fainting episode, and her alarm clock may have caused the second.

"For us, when we hear anyone has fainted, we always say, 'Ask, ask, ask if it could be cardiac-related,'" Melissa said.

She volunteers for the American Heart Association, sharing with others what happened to her sister. The family also participates in their local AHA Heart Walk wearing T-shirts in Christie's favorite color, purple.

"To me, it's getting anyone who potentially has a warning sign to get them to check it out," Melissa said. "If they had found Christie had long QT, they could have treated her. It's not like it's a death sentence. It's just that she didn't know."

Startling these twins could put their hearts at risk 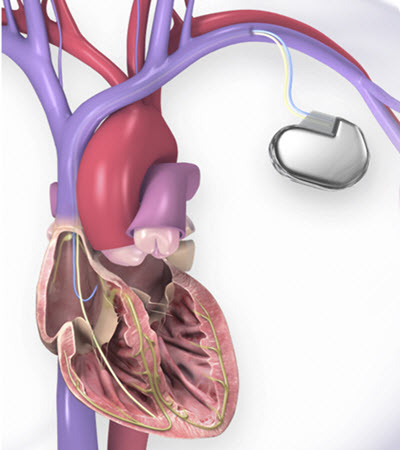 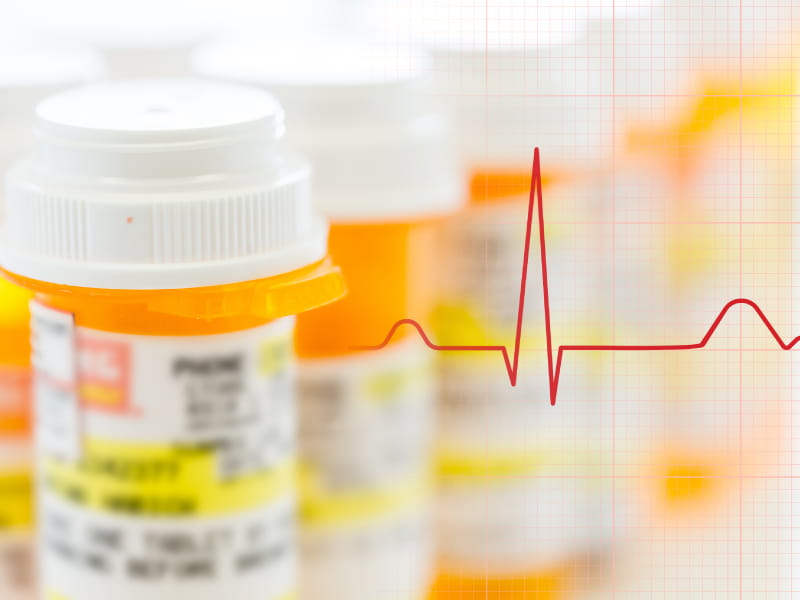