Many people know treating high blood pressure reduces the odds of a heart attack, stroke or heart failure. A new study suggests another added benefit: a lower risk of lesions in the brain that increase the chances of dementia, stroke and falls in older adults.

The study, published Monday in the American Heart Association journal Circulation, included 199 women and men age 75 and older. They all had systolic blood pressure (the top number) of 150 or higher and brain MRIs showing lesions known as white matter hyperintensity lesions that are common in older adults.

"People who initially reviewed our study were worried 130 would be too low for these older adults," said Dr. William White, the study's lead investigator and a professor of medicine at the University of Connecticut School of Medicine's Calhoun Cardiology Center in Farmington. "But we found that both treatments were equally safe. In fact, fewer patients had major heart events when their systolic blood pressure was 130 or less. And the patients whose blood pressure was 130 or lower had significantly less damage to their brain."

Under the American College of Cardiology and AHA guidelines for managing blood pressure, people with a systolic blood pressure of 130 or higher are considered to have high blood pressure. Previously, the cutoff was 140 for adults under age 65 and 150 for those 65 and older.

White and his colleagues started their study in 2011, six years before the guidelines were updated. Today, nearly half of U.S. adults have high blood pressure and only about half of them take medication or make lifestyle changes necessary to bring their blood pressure down to a healthy level, according to AHA statistics.

By age 60, between 10% and 20% of people have white matter hyperintensity lesions, also known as white matter disease. They are seen in most adults over age 90.

Some areas of the brain look gray on imaging scans; other areas look white. The gray matter is found on the brain's outer layer, which controls memory, thought and movement. The white matter contains nerve fibers that send signals from one part of the brain to another.

Studies have shown people with white matter lesions are at increased risk for stroke or developing problems with thinking and memory. The lesions can also prevent the nerve fibers from relaying the messages that help people walk and move safely.

Dr. Jeff Williamson, a gerontologist at Wake Forest Baptist Medical Center in Winston-Salem, North Carolina, who was not involved in the study, called the research "an excellent approach for studying how high blood pressure affects day-to-day life."

White hopes the findings encourage doctors to keep their older patients' blood pressure at 130 or lower.

"If you are 80 and don't have a terminal disease," said White, "your life span could be for another 10 to 15 years, and over those years, brain functioning is of major importance for the quality of life of older people. If we can stop white matter lesion growth in its tracks, function could be improved." 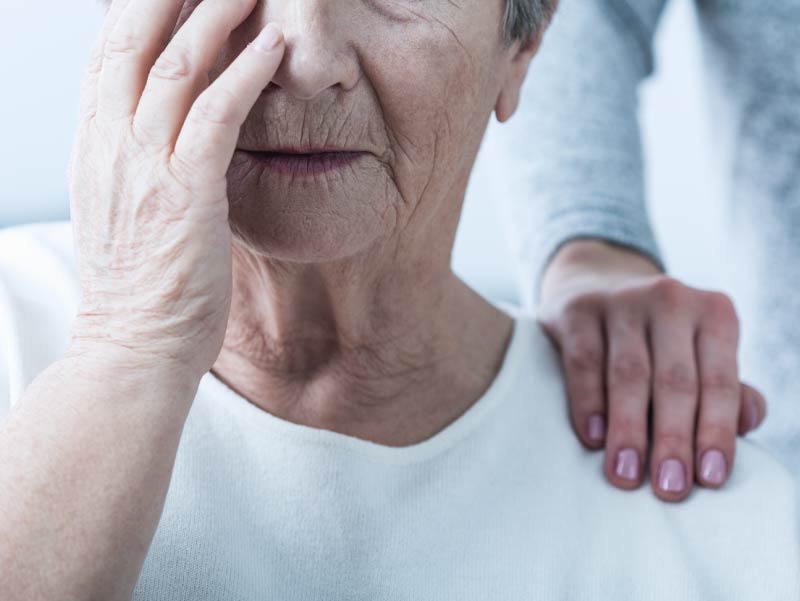