Bacteria commonly seen in the mouth has been found in the brains of people who have had a stroke, a new study shows.

The Finnish research group behind the new findings has been studying a possible association between bacterial infections and cardiovascular disease for more than 10 years. Their study, published Thursday in the Journal of the American Heart Association, looked for signs of bacteria in blood clots removed from 75 patients who were treated for an ischemic stroke at Tampere University Hospital in Finland between 2013 and 2017.

Ischemic stroke is caused by a blockage in a blood vessel in the brain. It accounts for about 87% of all strokes.

The study found that 84% of the participants, or 63 of them, had bacterial DNA in their blood clot. Among them, 59 had a strain of streptococci commonly found in the mouth that can cause infections if they get into the bloodstream.

The work is "the first to show common presence of (this) bacterial DNA in ischemic stroke patients," said Olli Patrakka, the study's lead author.

The bacteria involved, called viridans streptococci, are believed to cause endocarditis, an infection of the lining, valves or muscles of the heart.

"Our results suggest that bacteria might have a role in the (development) of serious complications related to atherosclerosis" – the buildup of plaque in the arteries, Patrakka said.

Studies have identified high blood pressure, high cholesterol, physical inactivity, diabetes, smoking and obesity as risk factors for heart disease. In 2012, a committee of the American Heart Association convened an expert panel to review the evidence on oral health and cardiovascular disease and concluded there was not enough evidence to show gum disease caused by bacteria was a direct cause of heart disease or that treating the gum disease would prevent heart disease.

Dr. Peter B. Lockhart, research professor in the Department of Oral Medicine at Carolinas Medical Center in Charlotte, North Carolina, was lead author of the AHA scientific statement. Although the new study clearly found oral bacteria in the brain, he said the significance of the finding is open to question.

Bacteria is present in the mouth, and it's not uncommon for it to enter the bloodstream, Lockhart said, whether or not a person is healthy or has periodontal disease.

"We now know that bacteria exist throughout the body, including in the blood," which was previously thought to be sterile. "Finding evidence of bacteria in blood clots doesn't mean they have a role in the disease process," he said.

"We believe that future studies will strengthen the view that regular dental care has a more important role than previously thought in the health of people," Patrakka said.

But for now, Lockhart expects doctors will stick to the clear-cut risks.

"If you are a cardiologist," he said, "you are going to focus your time with patients talking about smoking, diet, exercise and other well-documented contributors to cardiovascular disease." 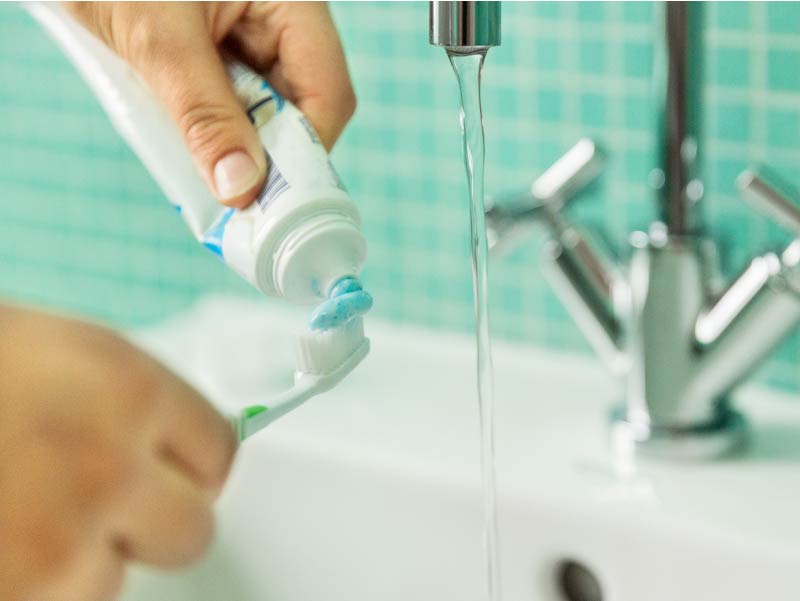