Adoption of a form of CPR that does not involve mouth-to-mouth breaths significantly boosted the rate of bystanders performing the lifesaving action on someone in cardiac arrest, a Swedish study has found.

The study published Monday in the American Heart Association's journal Circulation, also found that receiving any kind of CPR doubled the odds of surviving a cardiac arrest compared with receiving no CPR before emergency medical services arrived.

Researchers examined three time periods over the past two decades when compression-only CPR was being gradually adopted within Sweden's CPR guidelines. They found that bystander CPR rates rose from 40.8 percent in 2000-2005 to 68.2 percent by 2011-2017. The jump mainly was due to more bystanders performing the compressions-only technique.

"CPR in its simplest form is just chest compressions," Dr. Gabriel Riva, a Ph.D. student at the Karolinska Institute in Sweden and the study's lead author, said in a news release. "Doing only chest compressions doubles the chance of survival compared to doing nothing."

More than 325,000 cardiac arrests occur outside of hospitals each year in the United States, AHA statistics show. Immediate CPR can double or triple the chances of survival, according to the AHA. Keeping the blood flow active – even partially – extends the opportunity for a successful resuscitation once trained medical staff arrive at the scene.

Researchers acknowledged that because the study was conducted in Sweden, results may not be generalizable to other countries. However, the results are in line with previous findings reported from the United States and Japan.

"Bystanders have an important role in out-of-hospital cardiac arrest," Riva said. "Their actions can be lifesaving." 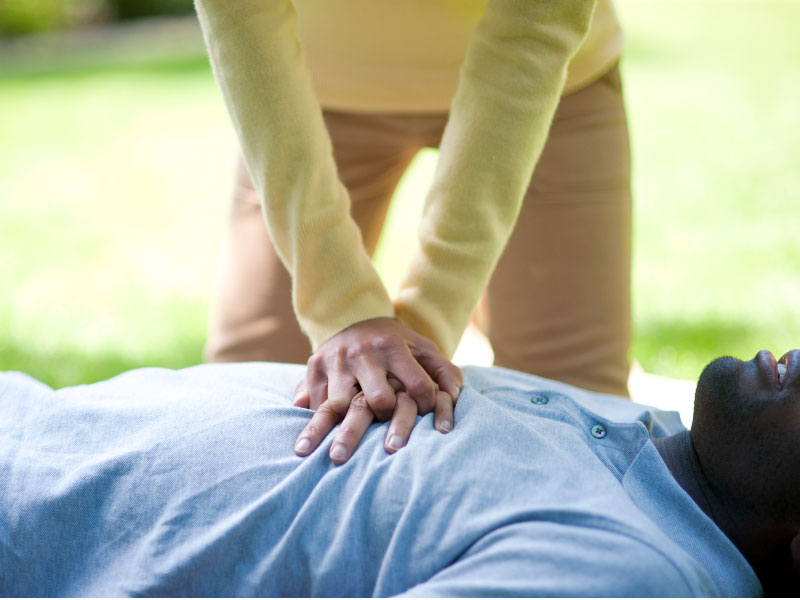