A virus that infects millions of Americans every year may on occasion cause heart defects during the early stages of pregnancy, a new study in mice suggests. The findings may give researchers further insights into the causes of congenital heart disease.

The effects of the virus, called coxsackievirus B, may not be identical in human babies since the study looked at infected mice fetuses. But extrapolating the results to humans, researchers from Washington University School of Medicine in St. Louis said their findings strongly suggest coxsackievirus B causes changes to the heart’s structure in the womb.

Coxsackievirus B lives in the digestive tract and has six subtypes. The virus is transmitted by oral contact with feces, and experts say frequent hand-washing is the best defense against infection. In rare cases, it may cause meningitis, heart inflammation and diabetes.

In the study, researchers injected pregnant mice with different doses of coxsackievirus B3 during various stages of pregnancy. More than one-third of fetuses developed a heart defect. Mice fetuses exposed to the virus midway through their mother’s pregnancy had lower odds of defects, likely because their hearts were more developed, said Vipul Sharma, the study’s lead researcher.

“What we want to do is understand it further, and kind of try to manage the effect of the virus,” said Sharma, a congenital heart disease researcher at Washington University.

The results may help scientists develop prevention strategies or treatments for pregnant women with the virus, said Dr. James F. Cnota, a pediatric cardiologist at Cincinnati Children’s Hospital Medical Center who was not involved in the research. Currently, doctors typically let the virus run its course and closely monitor the woman and the baby’s health, he said.

The virus may affect human fetuses differently, Sharma and Cnota noted. But both said the study may be a springboard to better understand how heart defects develop, and how to more effectively prevent coxsackievirus B infections among pregnant women.

For now, pregnant women need to be more vigilant about the surfaces they touch and the food they eat — even in their own homes — because they can pick up the virus from unclean surfaces or unwashed fruits and vegetables, Sharma said. 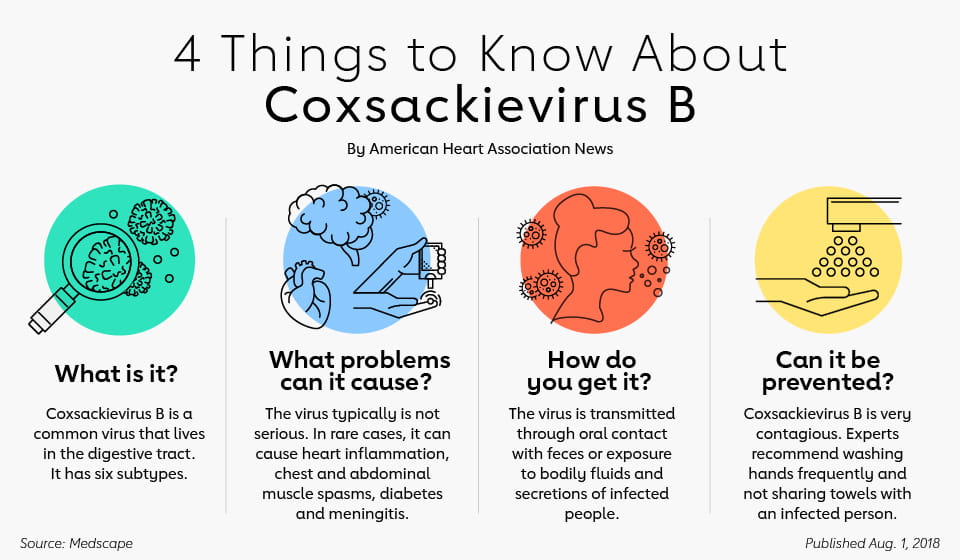 Research looking at the effects of coxsackievirus B in fetal hearts goes back at least four decades. The latest study is one of several in recent years looking at the consequences of coxsackievirus B in pregnant women. In a 2017 French study, investigators concluded that an infant died 17 days after birth due to heart inflammation caused by the virus.

Researchers have known for decades that coxsackievirus B can lead to heart inflammation, and this new study adds to those findings, said Cnota. Most notably, though, is that the research strongly suggests the virus damages the heart structure during the early stages of fetal development.

Because scientists don’t know what causes the majority of congenital heart defects, “prevention of birth defects is a tough nut to crack,” Cnota said. “I think this is a very concrete animal model that shows that [heart-related] birth defects can result from environmental exposures.”

Detection of a Heart Defect in the Fetus