Pam, a long-time neuroscience nursing professional, began her medical journey as a transcriptionist for an Iowa hospital. Impressed by the nurses’ expertise in patient care, she applied to nursing school.

“Classes are full,” she was told, but someone dropped out, allowing her to get accepted.

Early in her nursing career, Pam treated a man who’d been in a motorcycle accident. Found after three days in a ditch, in a coma, with bee stings and sunburn, he wasn’t expected to survive.

Pam just wanted to keep him comfortable. So, while taking his blood pressure daily, she talked to him. One day when she greeted him with, “Good morning,” he surprisingly said it back. Seeing him awaken from his coma inspired her to choose neuroscience as her nursing specialty.

She would eventually move from Cedar Rapids, Iowa to California to earn a master’s degree in neuroscience nursing at the University of California-San Francisco.

Neuroscience nurses are considered elite, even “nerdy,” Pam says, due to their required education, knowledge and commitment to patients with complex neurological problems, brought on by diseases or stroke.

“People sometimes tell me what I do is depressing and sad. My answer is always the same, ‘If I can make a difference in one person’s life every day, just one, then I’ve had a successful day’.”

Four decades later, at the top of her nursing profession, Pam recently retired as clinical nurse specialist/stroke coordinator at the UCLA Medical Center in Santa Monica, California. She remains an Associate Professor at the UCLA School of Nursing.

But in typical “Iowa nice” fashion, she plans to continue giving back.

During National Nurses Day on May 6, Pam’s new company, Neuroscience Nursing, Ltd., will launch its inaugural event, Operation Scrubs. Breaking with tradition, it will take place aboard a four-deck mega yacht and provide eight hours of advanced continuing education for stroke coordinator nurses representing more than 180 comprehensive, primary and stroke-ready hospitals in California.

“See a Nurse? Thank a Nurse!” is Operation Scrubs’ message and Pam's slogan to change the perception of nurses being “the unsung heroes of health care”.

“Nurses need to feel special and enjoy the same kind of acknowledgement traditionally reserved for doctors, police, firefighters and military,” Pam says. ”I want people to recognize nurses are not only first responders, but they’re also before, during and after-care responders.”

“I chose the AHA because of its stroke component and its global reputation for competency and integrity,” Pam said. “It’s also an organization to which, for many years, I have donated money and given countless hours of volunteer service.”

Stroke, the No. 5 cause of death and a leading cause of disability in the United States, scares many, she says.

“Most people I’ve assisted say they’d rather be dead than in a nursing facility in a diaper, not able to recognize their family. I want to give them hope and encouragement.”

Pam often says to her young nurses, “You may see 1,000 patients faces, and might not remember any of them. But they’re going to remember you, so you need to make that memory a good one”. 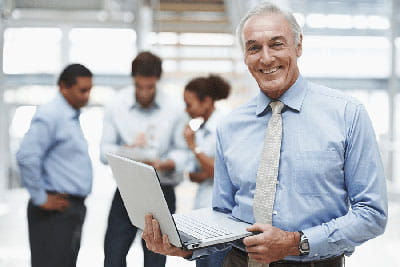