At 47, Mark Allen was in the best shape of his life. He was well on his way to his goal of competing in 50 events before his 50th birthday.

That day, he would hit No. 21. The race – in Augusta, Georgia – was an Ironman 70.3, so named because competitors would swim, bike and run a cumulative 70.3 miles. Also known as a half Ironman, it would be his fourth such race.

He just had to get past the swim. Mark never liked swimming. But this time, he was especially nervous. He'd gone out the night before to look at the Savannah River to see what he'd be up against. Before going to sleep, he told his fiancée, Tanya, "My heart is beating out of my chest. Every time I close my eyes, I just see water."

It was Tanya's first half Ironman, and she was excited. She scooted into the river ahead of him. He hesitated, then jumped in feet first. A strong swimmer, Tanya quickly shot ahead. When she looked back, Mark was still at the start, clinging to a kayak used by race spotters to aid the swimmers. Worried, she swam back to check on him. He urged her to go on with her race.

What happened next, they learned from witnesses. Mark lifted himself out of the water and into the kayak. Then his heart stopped and he collapsed. He'd gone into cardiac arrest.

The spotter and another woman who'd quit the race began administering CPR in the kayak. Amid the chaos, someone called for help. Medics arrived and tried to restart his heart with an automated external defibrillator, then rushed him to the hospital.

For more than 40 minutes, doctors tried to jolt Mark's heart back to life. Going that long without a steady heartbeat meant he was at high risk of brain damage from a lack of oxygen, as well as other complications. Five times, they jolted his heart, and five times it started to beat and then stopped. Still, because of his overall fitness, they tried again. The sixth and final jolt returned a steady beat.

It only takes about four minutes of oxygen deprivation to damage the brain. This is called an anoxic brain injury. When Mark awoke, it was clear his brain had been harmed.

He couldn't speak. He couldn't walk. He couldn't eat. Mark's heart had failed because of a condition known as hypertrophic cardiomyopathy, which causes the walls of the heart chamber to become thicker than normal, reducing the amount of blood the heart can pump. Though rare, it is the most common cause of sudden cardiac arrest in young people and athletes.

Doctors implanted a defibrillator in Mark's chest to control his heart rhythm. After several weeks, they sent him to a rehabilitation center in Philadelphia. They told his family he'd be there for a month.

Two weeks later, he walked out on his own two feet.

"He recovered at a rate that had everyone's jaw drop," Tanya said.

That was three years ago. Today, speech remains difficult for Mark. Exercise, however, is not. Since being cleared to resume working out a year ago, he's been back at the gym in Newark, Delaware, where he gained the level of physical fitness that doctors say saved his life. The gym is owned by Devon and Samantha Mitchell, who helped him train prior to his cardiac arrest and who are now helping him regain as much physical fitness as possible.

"I work out five days a week right now," Mark said, pushing each word out carefully. "The doctors encouraged it."

Mark also has returned to his job as chief financial officer at a charter school in Philadelphia. He even drives himself each day. "It makes me feel normal," he said. And though Mark's recovery pushed back their initial wedding date, the couple was finally able to say their vows on July 14, 2021 – the three-year anniversary of when they met.

"It was a long time coming," Mark said.

Mark met his wife at Devon's gym. Over the years, the two couples have become close.

Devon said he was inspired by Mark's commitment to fitness from day one. Mark even pushed Devon to join him in competitions, resulting in the pair qualifying to represent Team USA at the Duathlon World Championship in Spain just a few months before Mark's ill-fated half Ironman. So when Devon and Samantha learned their efforts contributed to Mark's ability to recover, it "warmed my heart," Devon said. "For us, it validates why we do what we do at this gym. It reaffirms for me that your health is priority No. 1."

Soon after he returned to the gym, the alarm on his defibrillator went off while he was walking on a treadmill. He felt pain in his chest and returned to the hospital. Doctors told him the device had saved his life by shocking his heart back into a normal rhythm.

Understandably frightened, Mark was concerned that pushing himself would continue to trigger the device. But being sedentary wasn't an option either. With his doctor's encouragement, he soon returned to the gym.

Now, he's hopeful that he'll be able to one day work up to finishing the race he never quite started – the half Ironman.

Because it's unlikely he can complete all three legs, Devon has a viable Plan B: He, Samantha, Tanya and Mark can compete as a team, with Mark crossing the finish line so he can hear the coveted words: "Mark Allen, you are an Ironman."

"Because he is an Ironman," Devon said. "He epitomizes what that really is. He is what commitment looks like." 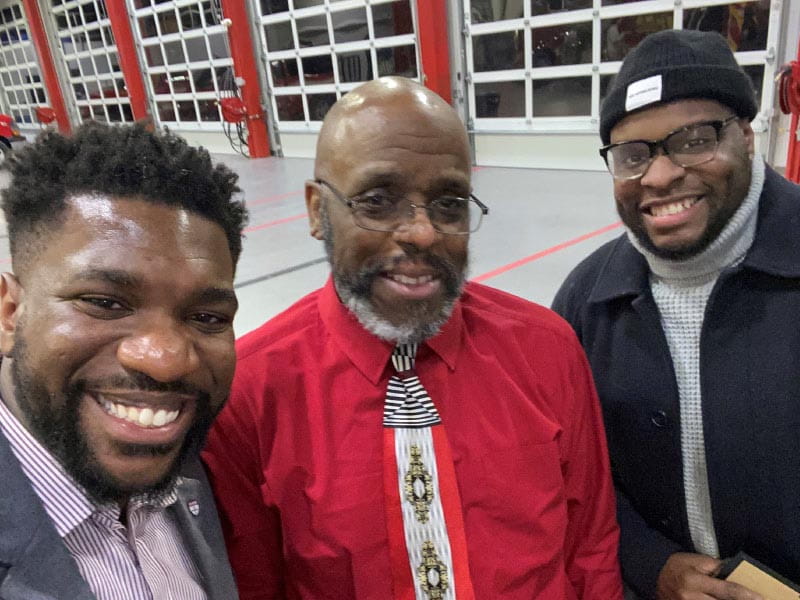 His heart stopped while walking a trail. A cyclist who knew CPR saved his life. 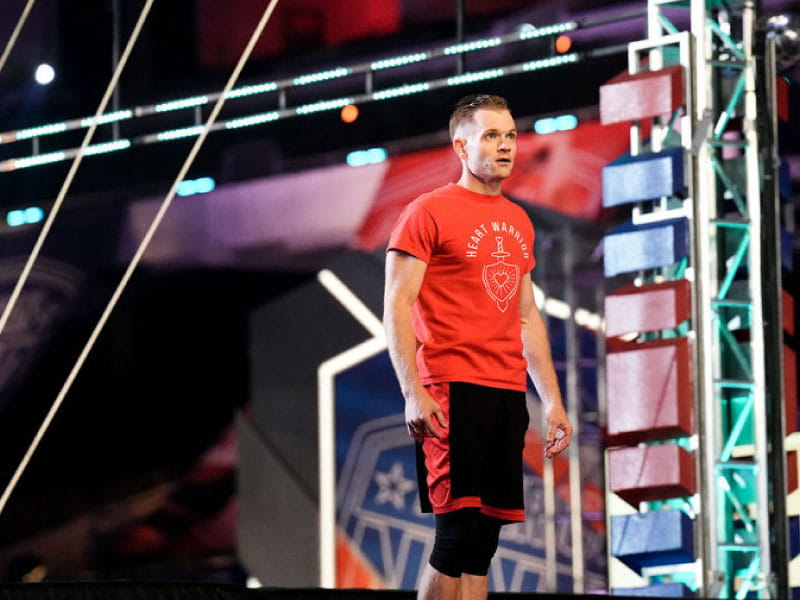 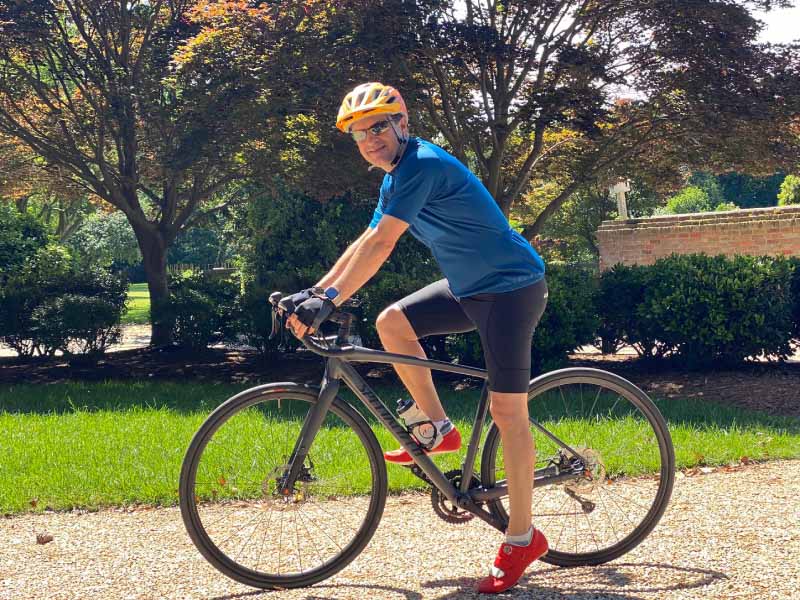 The day before a checkup, his heart stopped