Calli Varner set the clock early so she could pack up after a relaxing Thanksgiving stay with her parents last November in her childhood home in Lake Havasu City, Arizona. After a week of holiday indulgence, she was eager to go back to her usual healthy meals and frequent spin classes.

It was Sunday morning, and she and her cat, Lieutenant Dan, would soon start the nearly four-hour drive home to Scottsdale. Varner was 35 and had lived on her own since leaving for college at age 18.

When she woke up, Varner felt a little numbness in her left hand. When she reached for her phone, it fell out of her hand.

She went into the kitchen to ask her mother a question. She couldn't get the words out.

"What's wrong with you?" her mother asked.

Her father suggested she drink some water and lie down.

First, Varner stopped to use the bathroom. She made it inside, but collapsed. She tried to yell, but only muffled sounds came out.

Her parents heard enough to know something was wrong.

They rushed in and tried to pick her up. Her left side was limp. She was sweating so profusely that her skin was slippery. She, however, felt as if she was freezing.

The next-door neighbors were in the medical field, so Varner's father ran to ask them for help.

They rushed over and yelled, "Call 911 now!" Varner was showing signs of a stroke.

In the ambulance, Varner thought she was dying. She pleaded with the EMTs to keep her alive.

Having grown up in Lake Havasu City – which has about 55,000 people and is across the Colorado River from California – she knew there were only so many options for care. She happened to be taken to the ER of the hospital where she was born, and the doctor who treated her had been her high school classmate. Recognizing a likely stroke, the doctor arranged a video consultation with a neurologist.

Because Varner got to the hospital so quickly after the onset of her stroke, she was able to receive clot-busting medication. But the hospital didn't have the expertise to treat her further.

Varner was airlifted to a hospital in Las Vegas.

She was in the hospital for five days. Doctors tried to find the reason for the clot that caused the stroke. Varner didn't have high blood pressure and they detected no heart problems. As a precaution, they advised her to stop taking oral contraceptives, which have been shown in some instances to increase the chance of stroke.

Varner later was diagnosed with a problem involving a carotid artery, the vessels in the neck that supply blood to the brain.

Doctors said that could have caused the stroke and is something she will need to have examined annually.

By the time Varner left the hospital, she'd regained the ability to talk and walk, although unsteadily. She also had trouble concentrating and putting her thoughts in order, which meant she had to wait before returning to her job as a sportswriter. Varner went back to her parents' home to recuperate.

Lieutenant Dan, the tabby cat she's had for 10 years, sensed she needed his comfort, she said.

"When I came home from the hospital, he would not leave my side," she said.

Told she didn't need physical therapy, Varner was directed to do hand and leg exercises. She received no guidance to restore her cognitive abilities, so found things online.

"I got this little book to help with the letters. There I was, tracing the letters, like in kindergarten," she said. "I felt really stupid for the first two months."

She also struggled with finding the right words when speaking, but it improved with time.

For two months after the stroke, Varner had a severe headache and short episodes where she couldn't walk or talk that she feared were mini-strokes. Doctors said they were not, but couldn't find a cause. They disappeared after she was prescribed seizure medication.

Varner started working part time in February, just a few hours at a time, and started driving in late April.

Every day she would go for a protein shake at the nutrition bar that her friend Tawnya Cline had just opened. The two met a decade ago in Scottsdale, where Cline owns a similar business with her husband.

"Having Tawnya here when I was going through this was amazing," Varner said. "She took me on my first big walk, 2.5 miles around the lake and the bridge. That was a big turning point for me."

Cline was impressed by her friend's fight to regain her independence, especially during that long walk in March.

"In the beginning, she was very meek and took tiny steps. She had to think a lot before she would speak and her writing was all over the place," Cline said. "Now I can barely tell anything was wrong."

In May, Varner returned to work full time, and she and Lieutenant Dan moved back to Scottsdale. She also started spin classes again, taking it slow and building endurance.

She expects her recovery to continue, both physically and mentally.

"I've been very emotional over all this," she said. "My whole life has basically changed. Before, everything was going so great and now it feels like everything flipped upside down."

One thing that has remained constant is her love of sports.

"I've always turned to sports to make me feel better," she said. "I can't wait to get back to going to games." 8 days after giving birth, 29-year-old had a stroke 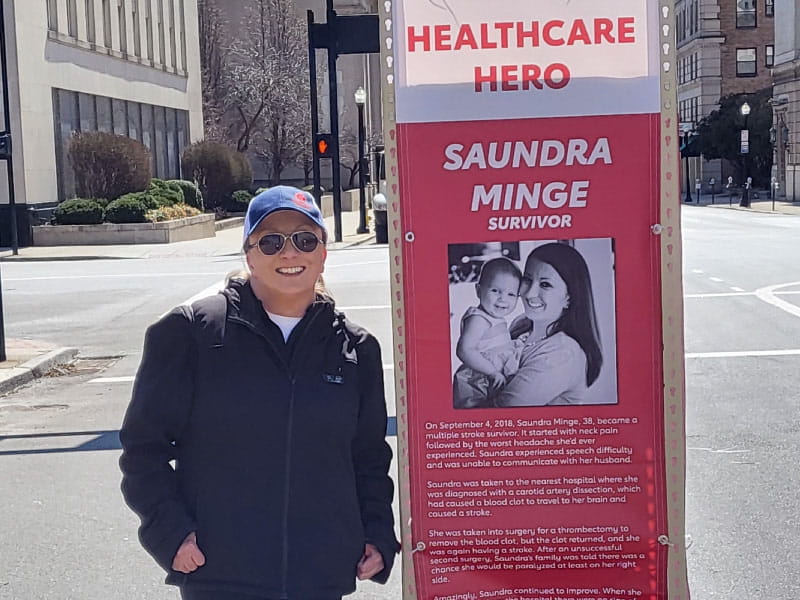 At 38, she had two strokes in one day 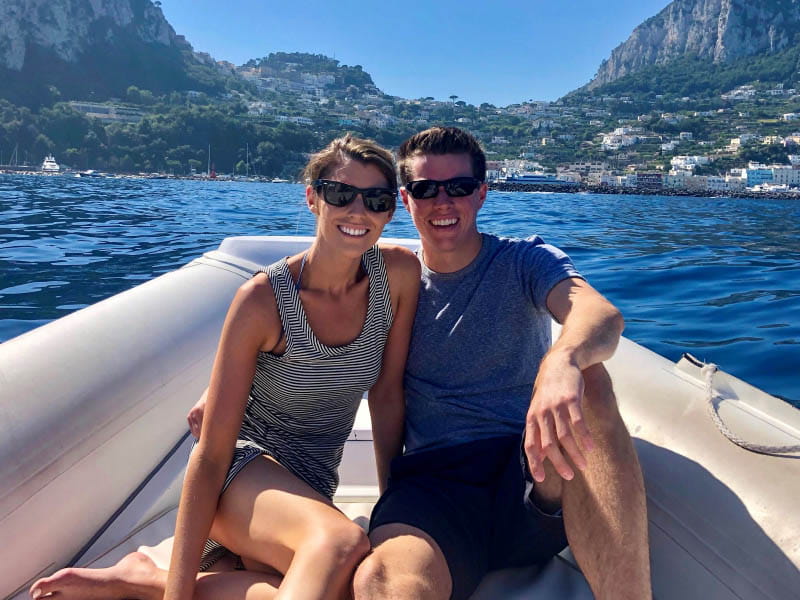