In this day of over-the-top, gender-reveal parties, Traci Poore was different. She and her first husband didn't want to know whether they were having a boy or a girl. They didn't find out with their firstborn before she came into the world, and they planned the same delivery-day surprise with their second.

During an ultrasound when Traci was about 25 weeks along, everyone kind of laughed at how big and swollen the baby's feet appeared on the monitor.

"Then they kind of kept looking at things, and it started to get longer and longer. And then they said, 'We're going to get the doctor.'"

The couple's radar went off immediately.

When the radiologist at their local hospital in rural Kansas looked at the screen, he saw something else unusual. It was a 1-centimeter fluid-filled vascular anomaly called a cystic hygroma on the back of the head. Coupled with the swollen feet, he offered a preliminary diagnosis of Turner syndrome and referred the couple to the larger university hospital two hours away in Wichita.

The following week, doctors performed another scan and an amniocentesis.

"We know you don't want to find out the gender, but we kind of have to tell you," Traci recalled the doctor saying.

They knew because the couple already had Googled Turner syndrome. It affects only girls. The condition results from complete or partial absence of the second sex chromosome in either all or part of a person's cells. It is mainly characterized by obstructive congenital heart defects.

Doctors told Traci her baby had little chance of making it to term alive and that only a very small percentage make it past the first trimester. However, a fetal echocardiogram found no problems with the baby's heart. Another at 30 weeks went well, too.

On the last check, at 35 weeks, they discovered a problem.

"They just very bluntly said, 'Your baby is going to have to have open-heart surgery or she'll die, essentially,'" Traci said.

Their baby had a heart defect called coarctation of the aorta. It means the main artery carrying blood from the heart to the body is narrowed or constricted. That obstructs blood flow from the heart to the lower part of the body and causes much higher than normal blood pressure in the left pumping chamber. It can cause thickening and damage to the overworked heart muscle.

The family had two weeks to get everything organized with their jobs and move three hours away to be near the children's hospital in Kansas City. Maizy Ferrell was born three days later, on June 19, 2012, at exactly 37 weeks. Traci got to hold her for about 30 seconds before a neonatal intensive care team swept in to care for her.

Maizy was 9 days old when surgeons repaired her heart defect. Using donor tissue, they enlarged the pinch in her aorta, allowing more oxygenated blood to flow through. She remained hospitalized until July 22. Two months later, she needed another procedure to fix a complication caused by scar tissue.

Now 9, Maizy visits her cardiologist regularly. She receives daily human growth hormone injections to fight one of the problems caused by Turner syndrome. She's on track to reach 5 feet tall and is currently normal height with other fourth graders.

"She's doing really well," Traci said. "She's active. She plays softball. She dances. She does piano and voice. She started cheerleading this year. She's not allowed to do power sports."

Maizy is learning "Baby Shark" on the piano. "It's pretty easy," she said. She also likes to sing show tunes from the musical "Hamilton."

"I can do Lafayette's song," Maizy said, when asked if she could rap. "I can do that song. I can do 'Guns and Ships.'"

"It's how I find her in the backyard," Traci said. "We're in the country, so we have a big backyard. If I can't find her, I just listen, and I can usually hear her singing somewhere."

Soon, thousands of students will hear Maizy in her role as an ambassador for the American Heart Association's Kids Heart Challenge. She videotaped a message about being a heart survivor that will be shown to elementary students across the country to encourage them to participate in the fundraising and heart health initiative.

"She obviously benefited from years of research and education," said Traci, an attorney. "If I hadn't had the access to care that I had at the point in time that I had it, Maizy's story could have been completely different. She's here because we had early access and early intervention." 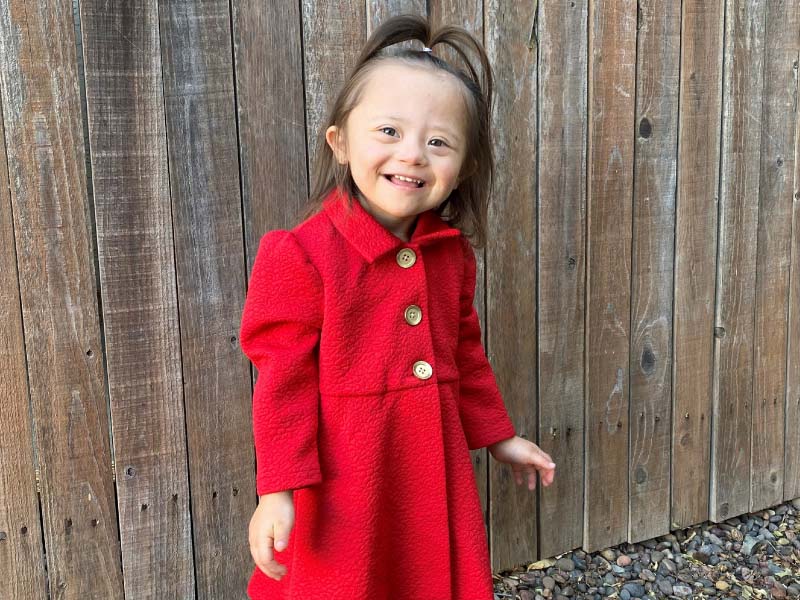 Two heart operations in her first 8 months of life Born with a severe heart defect, 9-year-old defies all odds