Young American Indians with early signs of plaque in their arteries may be especially vulnerable to heart attacks, strokes and other cardiovascular conditions later in life, according to new research that calls for earlier interventions.

Atherosclerosis is a common and potentially dangerous condition because it reduces blood flow wherever plaque develops, be it in the arteries of the heart, the brain, the legs or the kidneys. Plaque also can break off into the bloodstream and get stuck in another part of the body.

Researchers looked specifically at subclinical atherosclerosis, meaning the condition wasn't yet causing symptoms. They wanted to see how common it is in younger American Indians, a population not widely studied, and how it might impact their future cardiovascular health.

They looked at 1,376 American Indians between ages 14 and 39 taking part in the Strong Heart Family Study. They had no signs of cardiovascular disease at the start of the study. Using ultrasounds of the carotid arteries in the neck, they discovered 71 participants (5.2%) had subclinical atherosclerosis. During about 18 years of follow-up, 120 (8.7%) had or died from a heart attack, stroke or other cardiovascular condition.

After controlling for risk factors such as age and obesity, researchers found the risk of having or dying from cardiovascular disease was 85% higher in participants who started the study with subclinical atherosclerosis compared to those who did not. Put another way, the frequency of a cardiovascular event for those with subclinical atherosclerosis was 13.5 per 1,000 person-years – the number of cases in 1,000 people followed for one year. That's compared with 5 per 1,000 person-years for those without the condition.

While the results weren't a surprise, it was concerning to see so many American Indian teens and young adults with early signs of atherosclerosis, said Dr. Jessica Reese, the study's lead author.

"Heart disease is starting early in this population and leading to (cardiovascular disease) events later in life. It's a really good idea for doctors to start screening programs earlier" for risk factors such as cholesterol and high blood pressure, even in the teen years, Reese said. She is an assistant professor at the Center for American Indian Health Research at the University of Oklahoma Health Sciences Center in Oklahoma City.

The research is being presented this weekend at the American Heart Association's virtual Scientific Sessions. The findings are considered preliminary until published in a peer-reviewed journal.

Few studies have looked at plaque in the arteries of teens, so it's unclear how these findings compare to teens of other races and ethnicities, Reese said.

Spero Manson, who was not involved in the study, said the findings "build upon seminal research being done to help us understand heart health among American Indian people, for whom cardiometabolic disorders are particularly prevalent."

He said studies are needed to learn which early prevention measures work best and why. Early screening for cholesterol, blood pressure and other cardiovascular risk factors is important, he said, but so are exercising and eating a healthy diet, which can be particularly challenging for many American Indians because of societal barriers and a historical lack of investment.

"Adverse diets ranging from sugary beverages to high-carbohydrate and high-fat foods are not just a function of individual preference. They're a result of the lack of healthy food in the food deserts of many rural and reservation communities," said Manson, a professor of public health and psychiatry and director of the Centers for American Indian and Alaska Native Health at the University of Colorado Anschutz Medical Campus in Aurora.

Manson said that even as the world focuses on the COVID-19 pandemic, "tribal communities still have to keep our eye on the ball and not become complacent when it comes to chronic conditions like obesity and cardio-metabolic conditions. We have to make lifestyle and behavioral changes and sustain them for the long run." 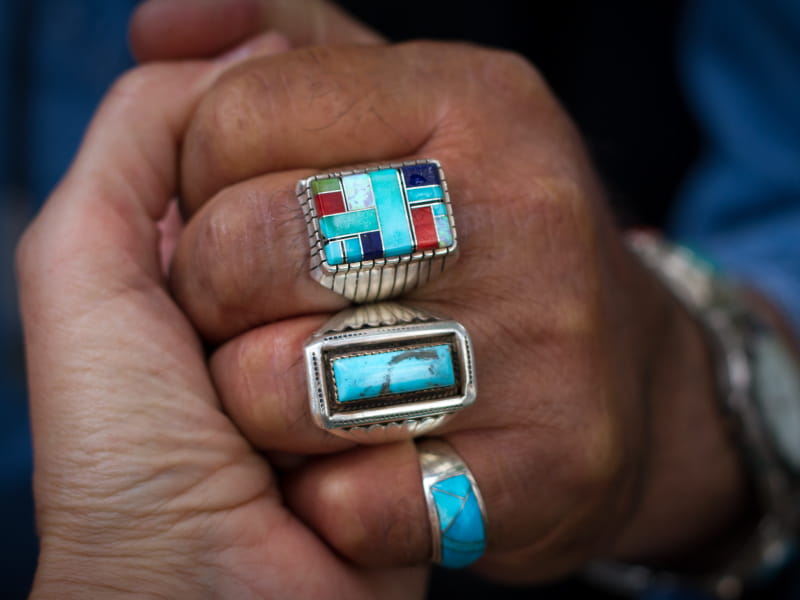 High stroke risk among American Indians not solely due to AFib, research suggests