People hospitalized for COVID-19 who lived in neighborhoods considered "socially vulnerable" because of factors such as poverty, crowded housing and high proportions of people from different racial and ethnic backgrounds were more likely to have a heart attack, stroke or die than people living in less socially vulnerable neighborhoods, new research shows.

They fared worse regardless of their age, race or whether they had underlying conditions prior to being hospitalized for COVID-19, according to research being presented Saturday at the American Heart Association's virtual Scientific Sessions. The findings are considered preliminary until published in a peer-reviewed journal.

"We thought the findings would be partially explained by the patients' preexisting health conditions or how sick they were when they were admitted to the hospital, yet this was not the case," lead researcher Dr. Shabatun Islam said in a news release. Islam is a cardiology fellow at Emory University School of Medicine in Atlanta.

Previous research has shown people from diverse racial and ethnic groups, including Black and Hispanic adults, are at greater risk of getting sick and dying from COVID-19. Other studies have shown those who live in neighborhoods defined as socially vulnerable also were disproportionately impacted by severe COVID-19 illness. But while race can be a factor, the new study found where a person lives might play just as big a role in how badly they're affected by the virus.

The Centers for Disease Control and Prevention uses a Social Vulnerability Index, or SVI, to rank communities based on 15 factors, including socioeconomic status, household composition, housing type, access to transportation, race and ethnicity, and whether English is the main language spoken at home. Researchers analyzed SVI data in conjunction with health data for nearly 20,000 people in the American Heart Association's COVID-19 Cardiovascular Disease Registry to determine whether their neighborhood affected how well they recovered following hospitalization.

After adjusting for factors such as age, race, insurance status and pre-existing medical conditions, researchers found people hospitalized for COVID-19 who lived in the most socially vulnerable areas had 37% higher odds of dying in the hospital than those residing in the least vulnerable communities. They also had 28% higher odds of having a heart attack, stroke or other cardiovascular event.

"It is widely known that an individual's neighborhood of residence impacts their health," Islam said. "As physicians, it's important for us to recognize that people living in vulnerable neighborhoods often experience high rates of adverse health outcomes even when everything else may be the same."

Health care professionals should provide patients with resources and support to improve their health, but it's not always clear what would be most helpful, she said. "So this is definitely an area where future research is needed."

Dr. Michelle A. Albert, president-elect of the AHA, said in a news release that she wasn't surprised by the findings and "getting into the why, how and which social factors are the most consequential" are key. Albert is director of the CeNter for the StUdy of AdveRsiTy and CardiovascUlaR DiseasE (NURTURE Center) at the University of California, San Francisco. She was not involved in the new research.

"Addressing health disparities is going to take a multi-pronged approach of societal solutions, such as building community relationships, increasing diversity in the health care workforce, and strengthening research funding and clinical care focused on social factors and their impact on health," she said. "These solutions will require sustained efforts over time; there's a lot of work to be done." 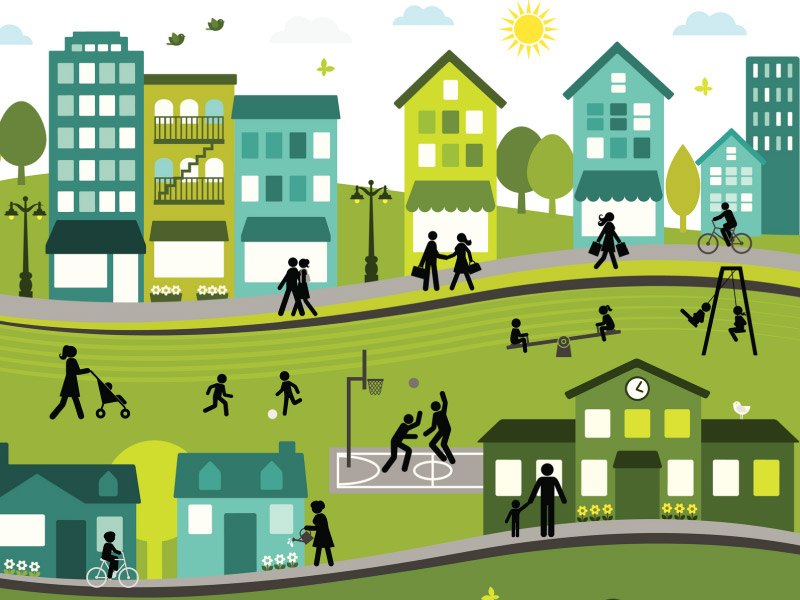 How healthy is your neighborhood? Where you live can greatly affect heart, brain health