His ankles swelled so much they felt like cement blocks. Then there was his labored breathing. On walks with his wife, Julie, she usually struggled to keep up with him. Now, it was the other way around.

While on a beach vacation in their home state of Washington, Don felt a sharp chest pain while pushing an electric bike through sand to the parking lot. When he stopped, the pain disappeared.

The 55-year-old batted away all these signs with an arsenal of excuses: He was too heavy, he had asthma, he'd pulled a ligament in his chest years ago.

He didn't focus on the fact he'd been diagnosed several years earlier with an irregular heartbeat. Or that doctors had told him to eat healthier and exercise more. Or even that one of his best friends had recently died after a heart attack.

By September, Don was constantly tired. Chest pains and shortness of breath occurred more frequently when walking and mowing the lawn. A clam-digging trip to Westport, Washington, brought more pain than pleasure.

Still, he brushed it all off.

After their first night home from that trip, Don went to bed with chest pain. He woke up the next morning and felt sick to his stomach. The sharpness in his chest worsened.

"I think I need you to take me to the doctor," he told Julie. "The pain won't go away."

Julie flipped on the light and saw her husband, shaken and pasty.

Don was having a heart attack. Doctors performed an angiogram to examine his coronary arteries and identify blockages in the blood flow to his heart. They hoped to find a small enough issue to be fixed via a non-invasive insertion of a stent.

When he woke up, strapped to the bed and breathing through a ventilator, Don felt his wife's hand in his.

"I'm right here," she said. "You have Thomas' bunny in your other hand."

His 2-year-old grandson had donated his favorite stuffed animal to help his "Papa" recover.

Don gestured toward the ventilator mask. When it was removed, everyone in the room clapped.

From there, Don turned his life around. He applied the same determination to getting better that he had to ignoring his failing health.

Julie got things going before he even returned home, throwing out all their unhealthy foods and buying a stationary bike.

"I loved it," Don said. "It was amazing to learn how to exercise and learn to read food labels and eat well."

When he wasn't in rehab, he did similar workouts at home, using the bike and other equipment. He and Julie walked every day. He increased his distance to 4 hilly miles a day.

Don returned to work with no restrictions in late January, three months after his surgery. Since then, he has lost more than 75 pounds.

While Don and Julie celebrated his return to health in the first half of 2021, they also watched Julie's father struggle with heart failure. He died in May, making Don's quest even more personal.

"Now my challenge is to not ever go back to how I was," Don said.

He also is on a mission to spread the word about fitness and nutrition. He enthusiastically tweets about heart health, fitness and weight loss.

"I work at Boeing, a big place, and it seems like every year or so someone passes away from a heart attack," he said. "I have to believe that, months before, they had to know something was wrong and maybe ignored it like I did. Maybe if I can just tell my story, someone else will benefit."

For Julie, the change in her husband goes beyond his physique.

"He and I have never been wait-until-we-retire people," Julie said. "But now we feel even more motivated to get out and do the things we love doing. Don't wait for tomorrow, because you never know." Lifelong tennis player has heart attack on the court 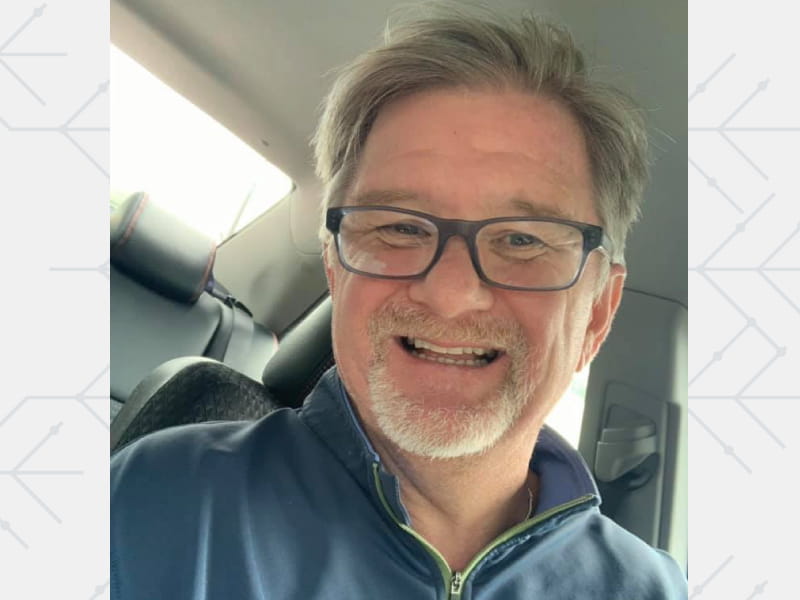