On a sunny April day in 2018, Bill Doss pushed through his exhaustion and met his buddies for their regular round of golf. As he headed to the final tee, he was rounding a turn in his cart and his world went black.

His heart had stopped. But his cart kept going.

The runaway cart careened over the green, ripping up grass before crashing into a ball-washing station near the 17th hole of the Forsyth Country Club in Winston-Salem, North Carolina.

A foursome on a nearby hole heard the commotion. One of the players was a doctor. Beyond being banged up, the doctor discovered Doss' heart wasn't beating. He started CPR. Another player called 911.

Meanwhile the others called the clubhouse for help. The pro raced to the scene with an automated external defibrillator. He and another doctor, who had been playing the 10th hole, worked the AED to try restoring a normal heart rhythm.

On the drive, Will tried to assure himself everything would be OK. His dad, then 70, had health problems before, including diabetes and multiple sclerosis. Will hoped whatever this was, Bill would pull through.

When Will reached his father, firefighters and first responders were giving CPR and using the AED.

Will begged his father not to leave him, his sister and their mother.

"I wasn't ready for him to go," the 48-year-old said. "In some ways I expected something like that because of his health problems. But then when it came down to it, all I knew is that I wanted more time with him."

After six shocks, Bill still had no sustainable pulse. A seventh try restored it.

In the emergency room, he had vague recollections of driving around the green and of his son yelling at him, but he didn't remember much of anything else after arriving at the club that day.

Bill was told a low potassium level likely caused the cardiac arrest and would explain his earlier sluggishness. He had been on medication for it, but acknowledged he didn't always take the prescribed amount.

Bill credited his resuscitation to the luck of having a doctor nearby, the speed of first responders and his son's presence.

At this year's Winston-Salem American Heart Association Heart Ball, firefighters who had been at the scene surprised Bill by appearing onstage with him.

More than 350,000 cardiac arrests occur outside of the hospital each year. CPR, especially if administered immediately after cardiac arrest, can double or triple a person's chance of survival.

Bill spent about a month in the hospital and a rehabilitation facility. He still goes to outpatient rehab three times a week to work on balance, strength and cardiovascular stamina.

"They monitor everything and put electrodes on me, and I feel safe," he said.

Today, Bill has made his way back onto the golf course, although only nine holes at a time.

Emotionally, though, the recovery has been harder than he expected.

"It's been tough, but my family looks after me really well," he said.

Will said he is grateful he took his father on a couple "bucket trips" a couple years after Bill retired in 2014. They played two mecca courses – Pebble Beach in California and St. Andrews in Scotland.

His father's cardiac arrest has made time together even more special.

"This reminded me that I need to take the time with Dad while I have it," Will said. 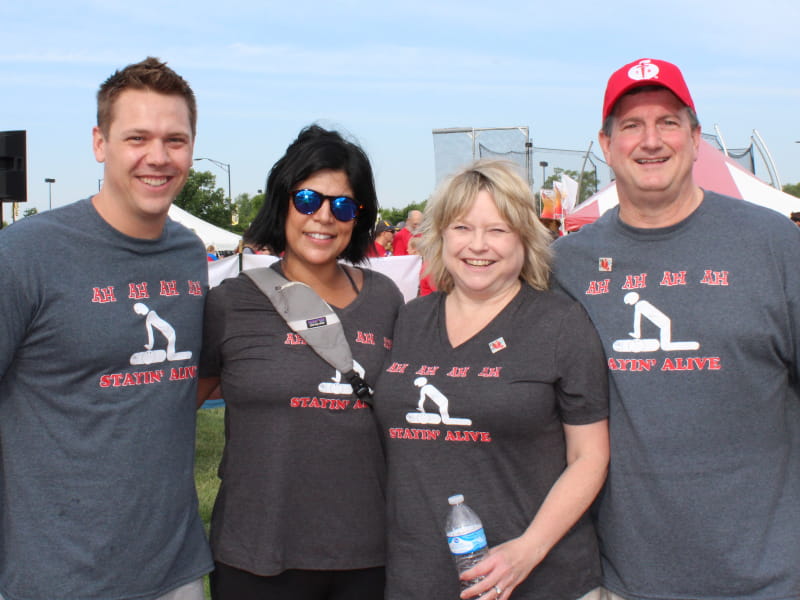 Cardiac arrest survivor reunites with bystanders who saved him 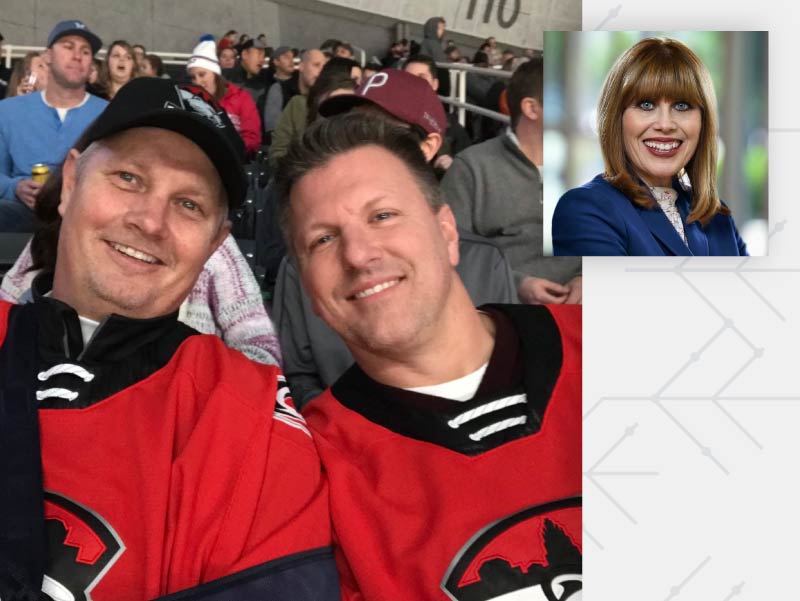 When hockey player's heart stopped on the ice, CPR and an AED saved him