Tedy Bruschi is flashing three fingers in the above image for reasons befitting his wide smile.

Earlier this summer, he was speaking about those feats when he suddenly realized what they had in common: defense.

The football connection is obvious; he played linebacker in the NFL. He was so good at it that he earned a spot in the New England Patriots Hall of Fame. Upon his induction, coach Bill Belichick called Bruschi "the perfect player," words that carry added weight considering how rarely Belichick praises anyone.

The most amazing part of Bruschi's career is that it was interrupted by a stroke. In fact, that stroke occurred nine days after his third Super Bowl championship. Yet he returned to play four more seasons. He pulled it off because his body was prepared to defend against that attack. The phenomenal fitness and determination that made him a standout player powered him through recovery and rehab.

Once he retired, Bruschi decided that remaining phenomenally fit and determined would be his best defense against a second stroke. So he became a runner. He also devoted himself to stroke awareness. Pairing those passions, Tedy's Team offers a group of runners who carry their lifesaving message across road races, including the famous 26.2 miles in Boston.

On July 4 – months after taking the picture above – Bruschi's fear came true. He suffered another stroke.

What happened next is a testament to everything he'd learned and done over the 14 years since his first stroke. It also served as further validation of his lifelong premise that the best offense is a strong defense.

After running the Boston Marathon in April, the next event for Tedy's Team was the Falmouth Road Race, a 7-miler in Cape Cod on Aug. 18.

On Independence Day, Tedy planned to continue his training by working out with his family at his sons' high school football field. Tedy set out early, running the 3 1/2 miles from their house. His wife Heidi, 14-year-old son Dante and 17-year-old son Rex drove there.

Tedy arrived first. He spent about 10 minutes cooling off and stretching to remain loose. When the others arrived, he reached down to pick up a mesh bag that held lightweight resistance bands. He grabbed the bag's straps with both hands. Only his right arm came up.

The words came out garbled. His wife and sons looked at him. They noticed the left side of his face drooping.

Pause for a moment to consider this.

Here's a family that's spent the last 14 years teaching others "Is it a stroke? BE FAST," explaining that the acronym stands for (b)alance difficulties, (e)yesight difficulties, (f)ace drooping, (a)rm weakness or (s)peech difficulty means it's (t)ime to call 911. And now many of the warning signs were flashing.

Tedy awoke in the middle of the night with a strange feeling in his left arm and leg. He stumbled getting out of bed, then crawled to the bathroom. His muscles felt weak, his limbs numb and he had an excruciating headache. Then again, he was two days removed from playing in the Pro Bowl. While the all-star game is light on hitting, it's still football. So, he figured, that's all this was: a football injury. He took some Tylenol and went back to sleep.

Hours later, he awoke still feeling terrible. One of his sons entered the bedroom. Tedy didn't see him until he appeared on Tedy's right side. Now he knew this was serious.

Tests showed an ischemic stroke in the right side of his brain. That means a clot interrupted blood flow. It cleared on its own. More tests found the source: a hole in the heart that many people have and only discover once it causes a problem, like a stroke. An operation closed it.

Once you've had one stroke, you're more likely to suffer another. That's why, as Heidi dialed 911 following his most recent event, Tedy thought: "All right, I know what's happening, I know what I have to do."

A linebacker's job is to read and react. He analyzes what the opponent is trying to do and moves to counter it.

That's how Tedy handled the onset of his second stroke.

He knew the first step was getting to a hospital right away. Heidi's call took care of that.

Next step: Get a CT scan to assess the damage. Was there any? If so, how bad?

Hearing sirens approach, he knew help was on the way. His concern shifted to Rex and Dante witnessing this.

In the ambulance, Heidi rode in front while Tedy was in back with the EMTs. Along the way, he regained some feeling in his fingers. He noticed his speech improving. When they got to the hospital, Heidi could tell his face wasn't drooping as much.

Tedy suffered a transient ischemic attack, known by the acronym TIA. This is also called a "mini-stroke."

Another term is "warning stroke," as in potentially the precursor of something larger.

The TIA caused no damage. He underwent extensive testing in search of what caused it. There was no definitive answer. The biggest finding involved a slight protein deficiency. It's being addressed with medication.

"For a guy who always wants answers, I'm OK with it," he said. "They told me my heart's good, my vessels are good, my cholesterol is fine, I'm in great shape and I have a high level of fitness. So now I take a blood thinner and …"

He paused, laughed, and added, "No more football comebacks."

There was a running comeback, though. In Falmouth.

Waiting for the start, Tedy was hit by waves of excitement and emotion like those he felt walking down the tunnel for his first football game following the stroke. It surprised him at first, then – read and react – he embraced it.

His body wanted to start fast, but his brain knew that was a bad strategy for an endurance race. Also, the year before, he sprained an ankle navigating the tight streets in Falmouth. So he was especially diligent about firmly landing every step. He finished in 1 hour, 6 minutes.

There was a benefit to taking a few minutes more than hoped. It was easier for fans to see a two-time stroke survivor in action.

"This is something I do not only for myself, but also to show people that even though stroke is serious, you can get back to living," he said. "It's not just stroke. No matter what it is that knocks you down in life, you've got to get up."

Tedy and Heidi formed Tedy's Team in 2005 to raise stroke awareness. Based in Boston, it only made sense to use the marathon as a platform to spread its message. And to raise money for research.

In 14 years, they've raised more than $5.8 million to support my organization, the American Stroke Association. Next up for Tedy's Team is creating a community outreach program.

Every November, the team's new crop of runners gather for an introductory dinner.

One by one, they stand and tell their stroke stories – as survivors, caregivers or whatever else has drawn them to this cause. It's a powerful night, in part because many people are telling their story for the first time.

Tedy delivers a dynamic version of his story. After all, he's been telling it for 14 years. And his other job these days is talking football on ESPN, so he's comfortable in front of an audience.

Now, though, the details of his story have changed. He needs a new stump speech.

He's begun toying with something that goes like this:

I'm going to continue to play defense in my life. My defense is different now. I'm not tackling people anymore. Now I'm defending myself against stroke. I'm staying in shape, being cognizant of nutrition and doing everything I can for my health and fitness. And I'm going to keep helping everyone else with their defense against stroke – because that's what a linebacker does.

Whether that threat is in football or in life, I'm trying to give awareness about my biggest opponent. 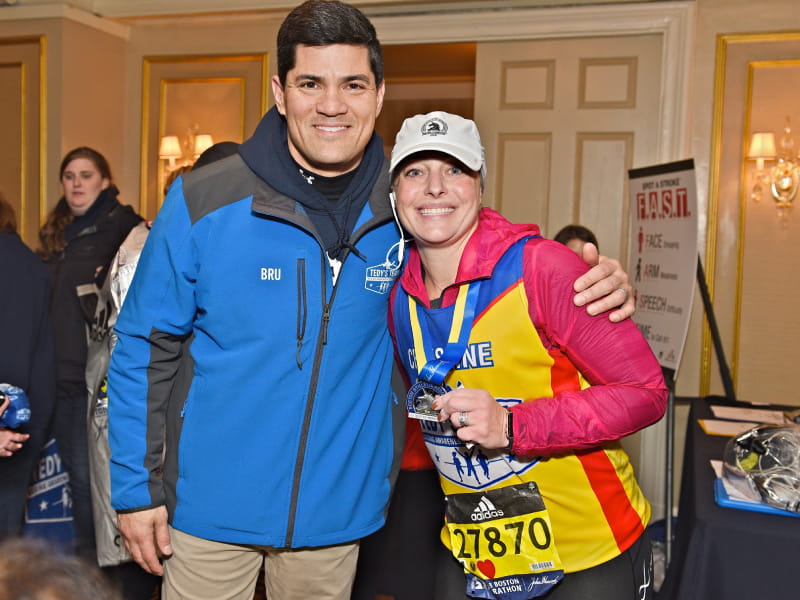 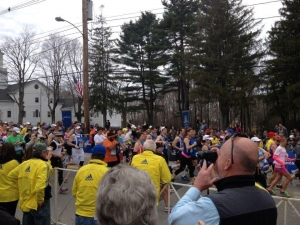 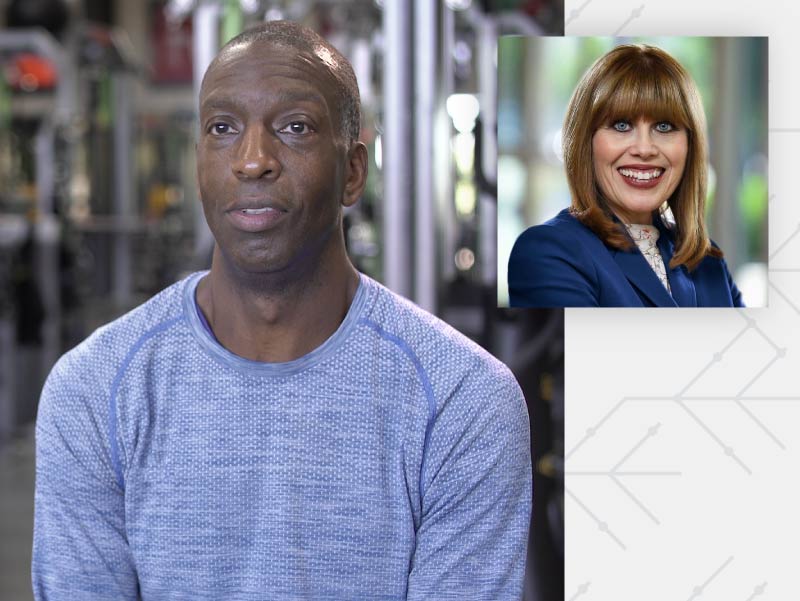