Tim Tyrrell talks about football like a man who loved every minute of his six years in the NFL. He relishes stories of the devastating hits he leveled. He's proud of the way he could get knocked out, shake it off and get right back into the game. He loved the "ridiculous" intensity of two-a-day practices, the steak-and-egg breakfasts before games, and more.

He's 58 and says his health is good, aside from some recent neck pain. But he's also had three strokes in five years.

Although he said he recovered with minimal problems after each one, after the third he was put in a hospital and finally wore that heart monitor his doctors had been suggesting. He learned he had atrial fibrillation – a type of irregular heartbeat that can lead to stroke. He was treated with a procedure known as cardiac ablation.

Tyrrell does not link his cardiovascular issues to his playing days. "How do you make that connection?" he says. "You don't know."

Researchers have some suspicions. And even while many people are worrying about what the game does to players' heads, a growing body of research suggests players should be paying at least as much attention to their hearts.

"The focus in the media and even in the scientific press for the last decade has really been on neurocognitive health and concussion," said Dr. Aaron Baggish, director of Massachusetts General Hospital's Cardiovascular Performance Program. "And while that's an important issue, that's not what football players die from. They typically die from heart disease."

Earlier research had shown that overall, retired NFL players had a lower risk of dying from heart disease than the overall population. But a May study Baggish co-wrote compared pro football players to another group of elite athletes – Major League Baseball players.

Football contributes a "perfect storm" of factors to heart disease, said Baggish, a director of the Football Players Health Study at Harvard University.

"Young football players are encouraged, if not forced, to gain weight," he said. "They are discouraged from doing any aerobic activity. When they gain weight and when they use a lot of non-steroidal anti-inflammatory drugs (for pain, swelling and injuries), their blood pressure goes up."

Baggish, who also is a team cardiologist for the New England Patriots, said science has only begun to tease out all the connections between football and heart health.

But, he said, it shouldn't be a surprise that "if you're young and you get very big, and or your blood pressure goes up very high, that that has undesirable consequences with respect to the heart and blood vessels. And both of those are very common problems among football athletes."

Genevieve Smith of Tulane University's Center for Sport in New Orleans was lead author of the enlarged heart study. It showed players in positions where bulk is celebrated, such as linemen, were at particular risk.

Being overweight is a problem for many former players, Smith said. One study she co-wrote noted that 64% of them were obese, which contributes to cardiovascular disease risk.

Smith is part of an effort to address the issues: She manages research for the NFL Player Care Foundation Healthy Body and Mind Screening Program, which provides free general health screenings. They include several heart-related tests.

Players tend to assume that because they were elite athletes, they have no health concerns, she said. Then they show up at a screening "and they find out they weren't nearly as healthy as they thought."

To protect themselves, active players should have their blood pressure accurately assessed and treated if necessary, Baggish said.

"And for former players who are starting to age, there are two important things. One is making good lifestyle choices: 150 minutes a week of aerobic exercise, a heart-healthy diet, no tobacco, moderate alcohol – and also having a discussion with their physician about whether they have additional modifiable risk factors."

Tyrrell, who played on special teams and at fullback for the Atlanta Falcons, Los Angeles Rams and Pittsburgh Steelers, said he spent some time trying to add weight as a pro – he's listed as playing at 6-foot-1, 204 pounds, which is small for a fullback – but focused mostly on speed.

Today, he lives in suburban Chicago, where he works as a director of market development for a lighting company and volunteers for several groups. He also keeps up a regular fitness routine that involves a little running (curtailed of late by that neck pain) and regular weightlifting.

He takes medication for his AFib – which research has linked to endurance-type sports, in addition to football – and is a huge advocate of the free screenings for former players. As a former president of his chapter of the NFL Retired Players Association, he's worked hard to recruit others to get checked out.

"When the game's over, a lot of guys take care of themselves. And then there's those who don't," he said. "At some point you gotta look in the mirror and take care of yourself." 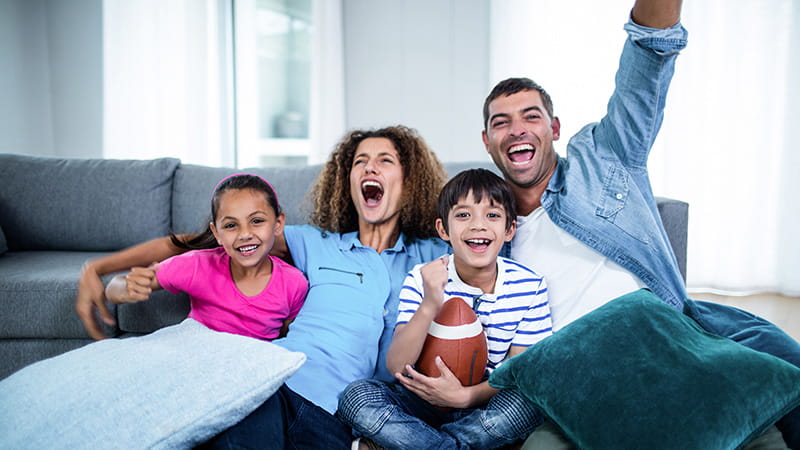 Have a Heart-Healthy Football Season 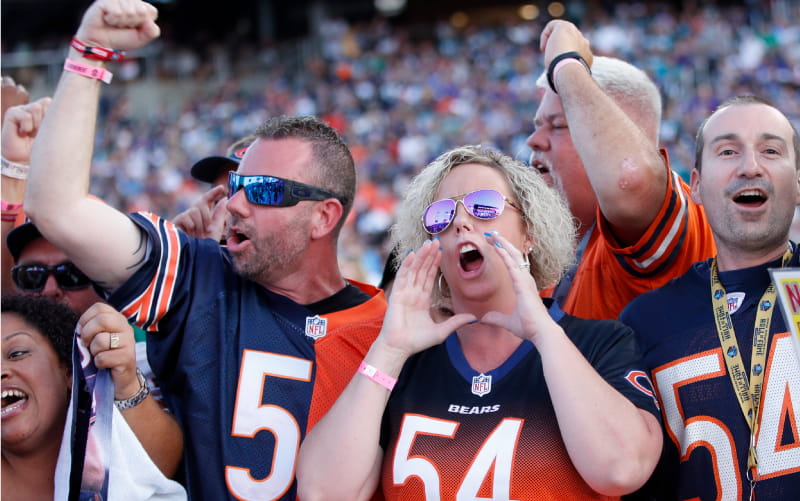