Pregnant women with lower concentrations of the trace mineral manganese or higher amounts of the metal cadmium in their blood may be more likely to develop preeclampsia, according to a new study.

Preeclampsia is a leading contributor to illness and death for women during and immediately following pregnancy. There are very few ways to prevent the blood pressure-related condition, which has increased in the United States by 25% over the past two decades.

In the new study published Tuesday in the Journal of the American Heart Association, researchers looked at a database of 1,274 Boston-area women who provided blood samples 24-72 hours after giving birth. Nine percent of the women had developed preeclampsia, according to their medical records.

The association remained for both elements even after researchers adjusted for race, smoking status and other factors.

No links were found for lead, mercury and selenium.

Manganese is an essential trace mineral found in whole grains, shellfish, nuts and other foods. Cadmium is a heavy metal found in cigarette smoke, the atmosphere and in some foods such as kidney meat. Some agricultural products also acquire cadmium from the soil.

Previous research in mice and some smaller human studies suggest similar links with preeclampsia risk with both manganese and cadmium. But this latest finding on manganese "provides new insight," according to researchers, that could potentially help prevent preeclampsia by finding a way for women to increase their level of that trace mineral.

Researchers said, however, more studies are needed, especially to determine whether cadmium or manganese may actually have a cause-and-effect relationship with preeclampsia.

The condition contributes to the deaths of 50,000 to 60,000 women and their newborns worldwide every year.

"Sadly, the prevalence and public health burden of this pregnancy condition continues to rise and there are no proven strategies that can be targeted for its prevention," said the study's senior author Noel Mueller, an assistant professor in the epidemiology department at Baltimore's Johns Hopkins Bloomberg School of Public Health.

"In addition to adversely affecting the oxygen and nutrient flow to the fetus, preeclampsia is often predictive of whether or not women will develop cardiovascular disease later in life," he said. "So, if you're able to prevent preeclampsia from occurring, you could improve the health of the newborn child and help prevent the occurrence of future cardiovascular disease in affected women."

One limitation of the study was the lack of blood samples taken from women during their pregnancy so researchers could compare them with the measurements taken immediately after childbirth.

The study also lacked details about the actual delivery, said Dr. Alisse Hauspurg, an obstetrician and gynecologist who was not involved in the research.

"Were these women who had vaginal deliveries? Did they have C-sections? Is it possible that could affect their red blood cell levels? If somebody had a lot of bleeding at the time of a delivery, does that impact the levels? What if somebody needed a blood transfusion?" said Hauspurg, an assistant professor at the University of Pittsburgh School of Medicine.

"The hard part about doing a study like this, especially if you're looking at things postpartum, is that there's so much going on."

Hauspurg described the study's use of measuring blood samples for specific minerals and metals as "novel."

If researchers could replicate the finding in pre-delivery samples or from blood taken earlier in the pregnancy, "this could be very promising, in that this could theoretically be a very low-risk intervention, if there was a possibility it could be causative in preeclampsia."

That is exactly what Mueller and a fellow researcher on this latest study, Tiange Liu, hope to do. In a separate study, they are investigating whether blood levels of manganese in the first or second trimester of pregnancy predict future development of preeclampsia.

For now, Hauspurg said, there's no single blood test that can diagnose someone's risk for preeclampsia, which is a condition with many roots.

"While this type of work is very important," Hauspurg said, "it's important to remember that it's probably not the single cause of preeclampsia." 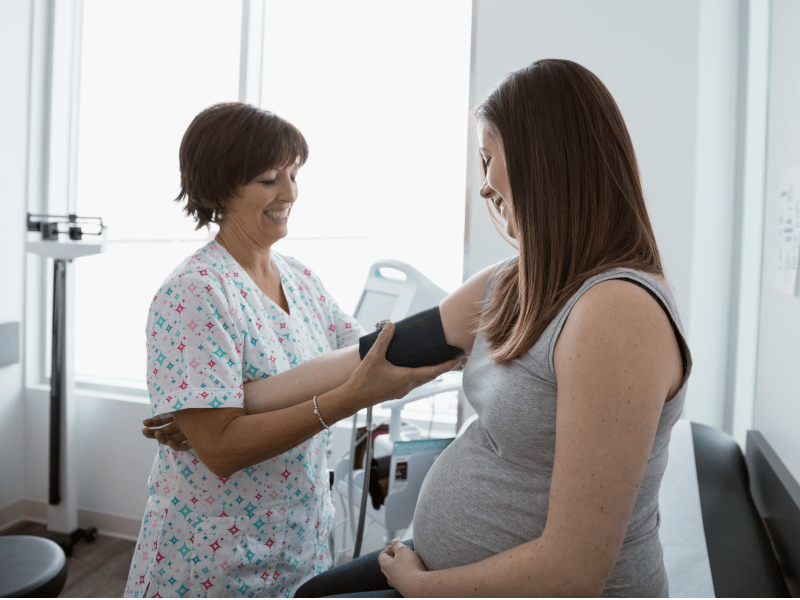 Why do IVF pregnancies with frozen embryos increase preeclampsia risk? 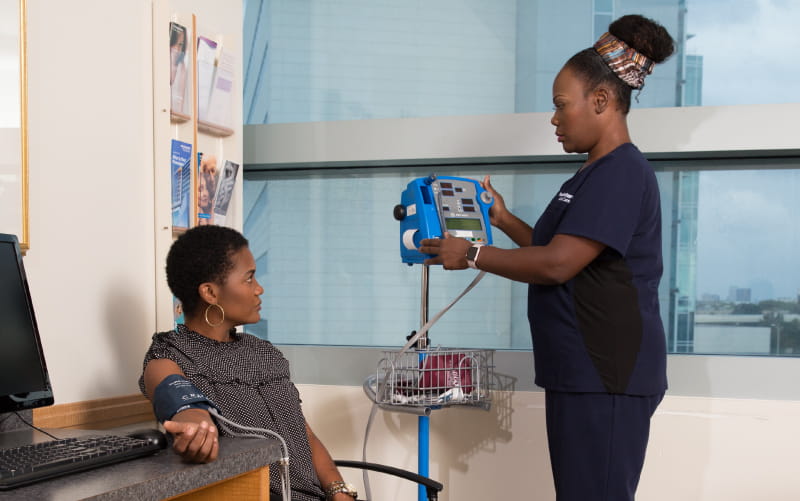