During his 11-year NBA career, Harvey Catchings shared the court with legends. With the Philadelphia 76ers, he suited up with All-Star Caldwell Jones and slam-dunked Darryl Dawkins. Later, he played against Hall of Famer Moses Malone.

Catchings, 67, is the only one of the four still alive.

Jones died in 2014, and the deaths the next year of Dawkins and Malone within the space of 17 days was a shock that spurred the National Basketball Players Association to launch a mobile heart-health screening program for retired players. The screenings give players a chance to gather and receive free care.

Since it began in 2016, more than 500 players have been tested, said Joe Rogowski, the NBPA's director of sports medicine and one of the driving forces behind the screenings.

Screenings typically are offered six times a year, and four are timed to coincide with big events such as the All-Star Game.

"We've done several arenas, basketball courts or a hotel where they could come in, get a health exam, and at the same time talk to a buddy that they played with back in the day and hang out," Rogowski said.

The exams include basic tests, such as blood pressure and cholesterol screenings, and advanced diagnostics, such as a transthoracic electrocardiogram.

"We're able to streamline what would normally take a few weeks, if not more, and thousands of dollars into an hour," Rogowski said. Then, the retired players can consult with a cardiologist. "There's no time limit on it – they can sit and talk about healthy lifestyle, some of the results, the next course of action."

Rogowski said the tests have uncovered everything from undiagnosed high blood pressure and prediabetes to cases of an irregular heartbeat called atrial fibrillation and blocked arteries in the neck, both of which can lead to a stroke. In a few cases, newly diagnosed conditions have led to heart transplants, including one that saved Hall of Famer Nate "Tiny" Archibald.

Catchings, who lives in Spring, Texas, attended a screening in Houston's Toyota Center in 2016. Testing showed he needed to closely monitor a leaky heart valve. He's since had multiple surgeries and is on the waiting list for a heart transplant himself.

He's become a champion for the screenings, or "the traveling caravan," as he calls it. He thinks many of the retired players show up "just because somebody said, 'Come on man, let's go. It ain't gonna be nothin' but a few hours. Let's get checked out and see what's going on.'"

Some of them, he said, ended up having hidden problems so severe they were taken straight to the hospital.

Both he and Rogowski think the program works because of the camaraderie. At the screenings, Catchings said, "We're laughing. We're talking. Guys are pushing one another. It's almost like being in the locker room again."

The program has evolved over time, Rogowski said. Internet cloud technology means records can be accessed instantly by an on-site cardiologist or later by a player's regular doctor. And the tests have changed.

"We started off very cardiovascular heavy, because that's our biggest issue," Rogowski said. But retired players suggested adding orthopedic care, so the screenings now have an imaging machine and on-site orthopedist.

Asked whether the program might have lessons for the broader public, Rogowski said the key is getting people connected with the health care system. "I think just getting plugged in, getting proactive on your health and identifying the people in your area who are specialists goes such a long way."

That's a message Catchings tells his fellow retired players when urging them to get checked out.

"Because if you take stuff lightly," he said, "then there's no telling what could happen down the road." 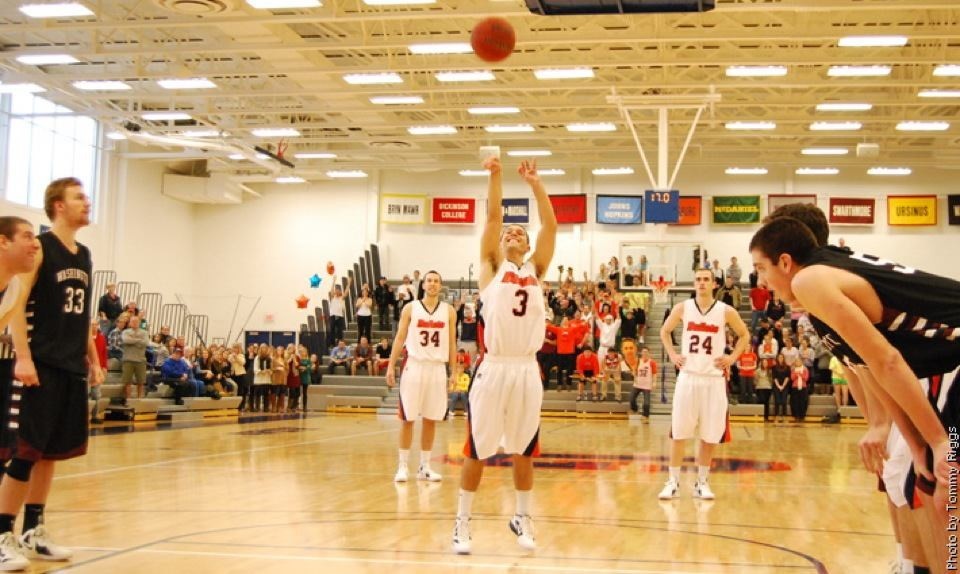 STORIES FROM THE HEART: `1000 to 1,' the amazing story of Cory Weissman