Jim Weyhenmeyer was once a young researcher who applied for a grant.

The American Heart Association awarded him one.

That was before he was known as a financial wizard, before he was helping steer money into lifesaving technologies and even before he began volunteering for the AHA – work that has earned him the organization's Morgan Stark Memorial Award.

The grant, he suggests modestly, has been "a worthy return on the investment."

Since winning that first AHA grant in 1982, Weyhenmeyer has won multiple AHA awards for research and leadership. His many roles included president of the board of directors of the Midwest Affiliate, president-elect of the Founders Affiliate (where he served alongside Stark, a respected philanthropist and investor) and chair of the Greater Southeast Affiliate Board.

His work there was some of his most crucial, said David Markiewicz, executive vice president of the affiliate. Weyhenmeyer used skills he honed in the venture-capital world to lead the affiliate out of financial disaster – not by slashing the budget, but by spending money on people and ideas.

"He was the one who said, 'You cannot shrink yourself to greatness,'" Markiewicz said.

Weyhenmeyer's evolution from cell biology and neuroscience researcher to venture capitalist happened "quite by accident," he said. After a president at the University of Illinois asked him for ideas for getting research to market, he grew the resulting project into leveraging a $9 billion portfolio.

He has gone on to do similar work at many organizations, and in fact he just started a new job at Auburn University as vice president for research. He considers his efforts developing the Science and Technology Accelerator Fund his best work. The fund made sure that ideas based on AHA-financed research could have "their moment in the sun" instead of languishing in little-read research papers.

His friend Markiewicz said Weyhenmeyer has a unique ability to see things from both academic and entrepreneurial perspectives, making him a master of weaving through red tape. There's no real mystery to how to do that, Weyhenmeyer said: He does his homework.

"I would argue that whether it's in the university or private sector, it's exactly the same," Weyhenmeyer said. "It's all about the preparation that one does to really get to the point where, one way or the other, action will happen."

But Weyhenmeyer does have one secret weapon: He's always on the go.

He explains that he inherited his habits from his father – and they're not related to the 15-plus cups of coffee a day he drinks. "Probably 20 is more like it," he confessed, laughing. "But it's a lot."

He's determined to put that time to good use. "I've essentially tried to use as many hours as possible during the day that I think are going to be helpful."

AHA folks, such as Markiewicz, are grateful. "This man is smart," he said. "He wants to apply it, and he wants to make a difference. That's why he's so valuable to the heart association." 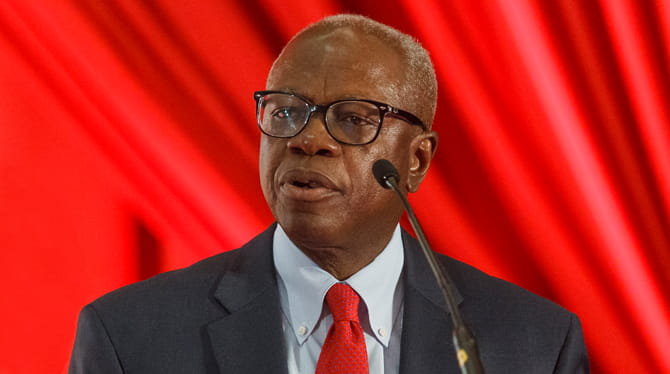 AHA Physician of the Year passionate about bystander CPR