Given the choice of walking 3 miles or 1 mile, Amanda "Mandi" Tate always opts for the longer route at the Tampa Bay Heart Walk.

In 2015, her boyfriend Patrick Shelley and childhood friend Jessica Dosio joined her.

When Mandi ran off to grab something, Jessica asked Patrick what she'd been asking him for months: "When are you going to propose?"

"Actually," he said, "it's happening today, and I need your help."

After they crossed the finish line, Patrick kneeled as if tying his shoe.

"Wouldn't it be great if I had a ring right now?" he told Mandi.

She playfully punched his shoulder and laughed, just as he'd expected her to.

On cue, Jessica tossed a box to Patrick.

"Will you marry me?" he said, as Jessica recorded the event.

The scene was perfect, especially with Jessica playing a supporting role.

Twenty years before, in November 1995, during a sleepover at Jessica's house, she awoke early and wondered if her friend was awake.

Jessica went to Mandi's side. That's when she heard Mandi gurgling.

Jessica woke her mother, then ran across the street to get a neighbor who worked as a first responder.

Mandi had suffered a heart attack and cardiac arrest. Revived and rushed to a hospital, the girl spent three days in a coma.

The diagnosis was cardiomyopathy, which causes the heart muscle to become enlarged and less able to pump blood throughout the body. Doctors couldn't detect a cause, but said it could have been from a virus. The damage was so severe that doctors said she needed a new heart.

About six weeks later, Mandi received the heart of a 10-year-old boy from Puerto Rico.

She eventually resumed most physical activities, although she had to scale back on sports and stop taking karate lessons.

Over the years, she has battled with infections and underwent surgery to remove transplant-related tumors, none of which turned out to be cancerous. She also needed a pacemaker at age 13, after going into cardiac arrest during a routine cardiac catheterization.

The most visible was dealing with two large scars on her chest. She has a roughly 4-inch line that starts at her collarbone for the pacemaker and a scar from the transplant surgery that goes from the top of her breastbone to within a few inches of her belly button.

"When you go to Adventure Island in a swimsuit and your scars are bright red, well, it's not really what you want people to see, especially boys," she said. "I had to toughen up real quick, and then I got to the point where I didn't care anymore."

During her youth, Mandi's father brought home several reptiles. She now has her own 45-pound African tortoise "bigger than a dinner plate," a 4 1/2-foot red-tipped boa constrictor and an all-white ball python with blue eyes. Add in some lizards and four cats, and it's quite the menagerie. She's also turned caring for animals into her career, working as a veterinary technician and dog walker.

In 2009, Mandi was on a Skype chat with a friend in the Marines. Patrick was in the room and he wound up talking to Mandi, too.

Occasional Skype chats continued while he was in Afghanistan, and an accidental pocket dial of Patrick's phone led to a few thousand text messages when he was back on base in Cherry Point, North Carolina. After a couple months of virtual dating, they finally met in June 2009.

"He seemed to understand me on a personal level – and he put up with my animals from day one," she said.

Patrick moved to Tampa in 2012. They discussed getting engaged down the road. Little did Mandi know it would occur on a road that meant so much to her.

The 2015 Tampa Bay Heart Walk already was going to be special for Mandi because her mother, Jeanne Tate, an adoption attorney, had launched "Lawyers With Heart." Over the past four years, the group has raised almost $340,000 and involved 25 law firms. (Mandi also organizes a personal team each year and has raised more than $175,000.)

Mandi and Patrick set their wedding date for Nov. 5, 2016. A few months before, she faced a new transplant-related hurdle – closing arteries.

Doctors placed two stents in her heart to improve the blood flow. They also increased her daily medications. Recovered again, they walked down the aisle in front of some 250 onlookers at her family's farm north of Tampa.

They hope to start a family. Doctors have warned that a pregnancy and delivery could be dangerous for Mandi (who has taken the surname Shelley), so they are planning to use a surrogate.

Jessica, who was a bridesmaid in Mandi's wedding, is looking forward to becoming an honorary aunt.

"Just to see how far Mandi has come, from having the transplant to now," she said, "I'm honored to be a part of her love story and her life." 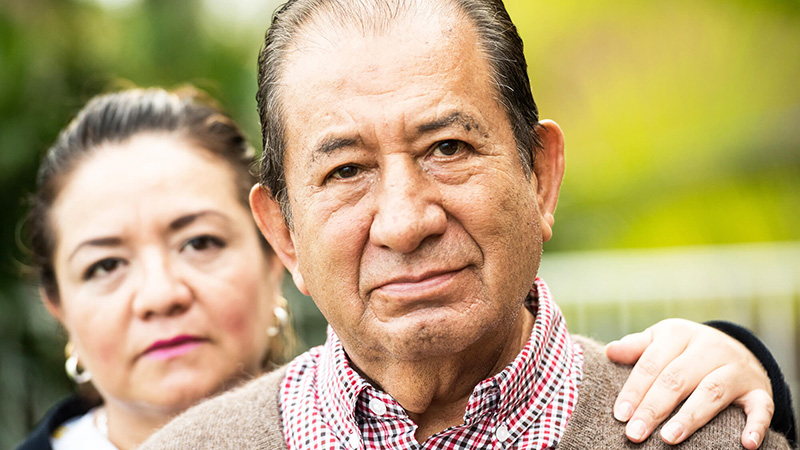