Last November, two days before Thanksgiving, Gerardo Lucio collapsed after getting off a forklift at work. When he was able to get up, his right arm and leg were weak and he had trouble walking. A nephew he worked with took him to a hospital.

"I couldn't believe it," said Lucio. "I didn't know what was happening."

The emergency room staff quickly realized he was having a stroke. They were able to stabilize him, but Lucio needed care they couldn't provide. They transferred him by ambulance to Zale Lipshy University Hospital, an advanced stroke treatment facility in Dallas affiliated with UT Southwestern Medical Center. There, the medical team immediately performed a mechanical thrombectomy to remove a blood clot that was blocking a large artery in his brain.

Two hours later, the 42-year-old father from Dallas was with his family in a recovery room. In about six weeks, he was back at work.

Lucio said his doctors were stunned by his rapid recovery.

At the first hospital, said Lucio, whose native language is Spanish and speaks broken English, the teleinterpreter (interpreters available by phone or video that hospitals use when they have no interpreter on staff) couldn't understand him because he was slurring his words, a common symptom of stroke. Then, he was taken to the wrong hospital before finally arriving at the advanced stroke treatment center — wasting minutes of precious time.

A stroke occurs when blood flow is blocked in the brain, causing damage to brain cells. Lucio had some of the common symptoms of stroke, including sudden weakness, numbness on one side of his body and slurred speech.

Studies suggest Hispanic-Americans are more likely to have a stroke than whites. Although the death rate for stroke has declined overall for several decades, it has increased among Hispanic-Americans since 2013, according to data from the Centers for Disease Control and Prevention.

There are currently 166 advanced comprehensive stroke centers in the United States certified by the Joint Commission, a nonprofit organization that offers quality of care accreditation. These medical centers have neurologists, nurses and other medical personnel specialized in treating complicated stroke cases.

Dr. Mehari Gebreyohanns, the stroke neurologist who treated Lucio at Zale Lipshy University Hospital, said his former patient is lucky to not have a disability given the severity of his stroke.

When he arrived at the hospital, Gebreyohanns recalled, Lucio couldn't talk, move the right side of his body, or follow directions. But less than a day after surgery, he was talking and had almost fully regained other functions. Gebreyohanns said he attributes Lucio's "very remarkable" recovery in large part to the fact he was treated quickly.

"It's this kind of case that keeps us going," he said.

Lucio said the episode continues to haunt him, and that he's had a tough time overcoming his fear of another stroke. "Stress weakens you, too," he said. His experience also motivated him to spend more quality time with his 18-year-old son, Gerardo, and 14-year-old daughter, Karen.

The experience also rattled his children. The siblings said it scared them to see their active father who went to the gym and enjoyed tinkering with cars in the hospital unable to speak.

Gerardo and Karen helped their father recuperate. Karen assisted Lucio with the physical therapy exercises he needed to do to strengthen his right hand; Gerardo drove him to his follow-up appointments and spent time with him at the gym.

"I'm grateful that he's back on his feet," said Gerardo. "I'm really happy that the doctors did what they were supposed to do and helped my dad. Hopefully it won't happen again."

Strokes typically happen to older people, Gebreyohanns said. So when a person has a stroke in their 40s, as Lucio did, they are at high risk for a second, especially if they have high cholesterol or are obese. For this reason, Gebreyohanns said it's important for Lucio, who was diagnosed with a heart murmur when he was treated for the stroke and has high cholesterol, to follow "a healthy lifestyle."

Lucio, who has enjoyed running for more than 20 years, said he's doing his best to follow that advice. He's making an effort to exercise more and eat healthier foods, such as baked chicken and steamed vegetables.

"It's a new opportunity for me, to live life again," said Lucio, who now works in quality control in a food distribution company. "I have to change everything and be with the people I love." 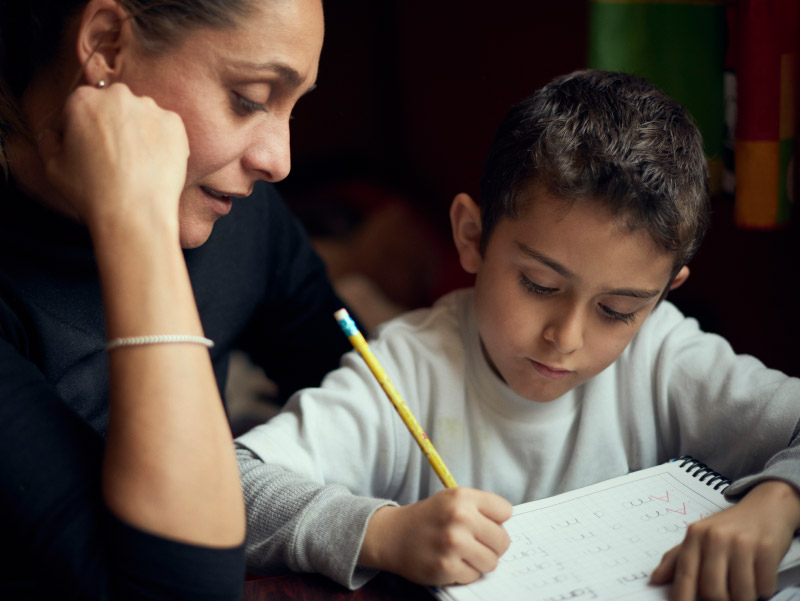