When Dick Sarns crossed the finish line of a 3-mile Heart Walk this May, he was 90 years old. His son, Steve Sarns, a recent cancer survivor at 62, was right beside him. It was just one of the countless times that father and son have joined forces to raise awareness of heart health.

That’s what they’ve done throughout their careers.

For the past 25 years, the Sarns family ran NuStep Inc., a company founded by Dick and promoted by Steve, whose recumbent exercise machine has become a fixture in heart rehabilitation. In the decades prior, Dick’s first company, Sarns Inc., built heart-lung machines used in open-heart surgery.

Both men are now retired, but both companies still exist in Ann Arbor, Michigan, and still build the products that Dick and Steve made possible.

Think of it this way: Plenty of people received a second chance at life thanks to the Sarns Heart Lung Machine, and many patients are maintaining their heart health thanks to the NuStep.

The details are even better.

The root of it all traces to Norma Sarns, Dick’s wife and Steve’s mom.

In the 1950s, Norma was a school teacher for children who were patients at the University of Michigan hospital. When she was invited to a party of hospital friends, she dragged along her young husband, Dick. As an engineer, he felt out of place among the doctors.

But not for long. Once word spread that an engineer was there, several surgeons engaged him in conversation about the design of surgery tools. They needed better options. After more conversations and visits to the operating room, Dick set up a basement workshop to try to improve surgical instruments.

His biggest challenge involved the heart-lung machine. Doctors were already performing open-heart surgery in the 1950s, but the tools weren’t perfected, and patients often did not survive the operation. Dick examined the equipment being used, and, in coordination with a group of heart surgeons, developed improvements in several key parts, including the pumps.

Dick’s advancements unlocked the potential of bypass operations, transplants and more. Sarns Inc. was formed in 1960 to build heart-lung machines and related medical devices, and by 1966, the company had moved into a 16,000-square-foot manufacturing facility in Ann Arbor. In 1967, the Sarns Heart Lung Machine was used in the first heart transplant, performed by Dr. Christian Barnard in Cape Town, South Africa.

Dick’s heart-lung machine remains the industry standard, having improved and extended countless lives. In 1981, Sarns Inc. was sold to 3M and is now owned by Terumo. Still located in Ann Arbor, it employs about 450 people and continues to make the heart-lung machine.

When Steve was growing up, everyone seemed to know the family name. His youth baseball team even wore “Sarns Inc.” on their jerseys.

“No pressure there!” he said, laughing.

After studying art and English at Albion College, Steve tried working in the family business, but it wasn’t a good fit. While he lacked his father’s engineering mind, Steve’s early jobs in retail showed he had a knack for sales.

At the same time, his passion for running led to curiosity about exercise and health.

This was during the 1970s running boom. So Steve laced up his shoes one day and went jogging. He ran past his mailbox … and was exhausted by the next mailbox. But Steve stuck with it every day for six weeks, going farther each time.

“One night there was a bright moon up in the sky, and I felt this eternal energy – like I could run forever,” he said. “I became interested in what was happening on a cellular level in my body.”

At 28, he returned to college at the University of Colorado-Boulder, starting with freshman biology “because I didn’t want to miss anything.” Back in Ann Arbor for graduate school, he studied exercise physiology and gerontology, taking a close look at the intersection of exercise and aging.

Meanwhile, Dick had left the heart-lung machine business in the hands of 3M and had switched his engineering expertise to the challenges of cardiac rehabilitation.

He began tinkering with the stationary bicycle, looking for a safe and comfortable way for people to exercise when their bodies are weak or recovering from surgery.

Dick’s new company struggled with sales, and he asked Steve for advice. They decided to take the initial product – a stationary bike with a recumbent seat – to the annual gathering of the American College of Sports Medicine and to other professional trade shows. They were seeking feedback as much as potential customers.

Word spread, eventually reaching Dr. Maria Fiatarone, a leading researcher on exercise and aging. She had done a breakthrough study showing the benefits of weight-training to individuals over age 90. Steve had studied Fiatarone’s work and was thrilled to hear from her. She said she wanted to order one of the recumbent stationary bikes to use with nonagenarians at the Hebrew Rehabilitation Center outside Boston.

Steve not only shipped her a bike, he flew to Boston to watch the bike in use.

What he saw: Feet slipping from the bike pedals. Difficulty with the range of motion needed to pedal.

“People wanted to exercise but were not able to use the equipment,” Steve said. “They were deflated, and I was deflated.”

Steve came back to Ann Arbor to discuss what to do next with his dad and other co-workers.

Steve’s idea: “Instead of pedals, we designed a foot plate with a heel cup, and instead of a pedaling motion, there would be more of a stepping action. This motion used all the muscles up the leg.”

They brought the upper body into the action with long handles that moved in coordination with the legs. This made it a total-body workout. More refinements followed, such as a swivel seat. Finally, Steve unveiled the prototype at a trade show for the American Association of Cardiovascular and Pulmonary Rehabilitation.

“They loved it,” Steve said.

Orders poured in, from rehab centers to rehab patients, and NuStep Inc. took off. Steve headed up the sales and marketing effort, while his dad was CEO. Norma also served on the executive team.
NuStep Inc. now offers several models. Steve proudly notes that the machines are great for all types of recovery, including stroke patients who are compromised on one side. As an exercise tool for the prevention of cardiovascular problems, NuStep also can help people lose weight and build muscle strength.

The Sarns family sold the company in 2017. Steve retired suddenly after a cancer diagnosis (he’s now in remission), and Dick retired as CEO this summer. Both remain on the NuStep Board of Managers and continue to promote the benefits of movement at all ages and stages of life.

Dick and Steve have been relentless advocates for a world of longer, healthier lives – just like my organization, the American Heart Association.

So perhaps it’s no surprise that the Sarnses are wonderful leaders for the AHA.

Dick was a longtime board member of his local AHA office. Last year, we created the Sarns Innovation Excellence Award, naming it in honor of Dick and Norma Sarns. It’s to be presented annually to someone who “demonstrates creativity, ingenuity and dedication leading to scientific breakthroughs in the treatment and/or prevention of cardiovascular disease and stroke.”

This year, Steve was chair of the Washtenaw County Heart Walk. As father and son walked together, they were joined by the CEOs of Terumo and NuStep plus other friends from both companies. The Sarns legacy of heart health lives on in Ann Arbor and in operating rooms and rehab centers around the world.

“One of the things I’m striving for is to make Ann Arbor the most heart-healthy place in the country,” Steve said. “The Heart Walk is a one-day celebration of healthy habits. But we need to get up and get moving every day of the year!” STORIES FROM THE HEART: 4 heart attacks, 5-way bypass, 35 stents - and that's only part of this survivor's story 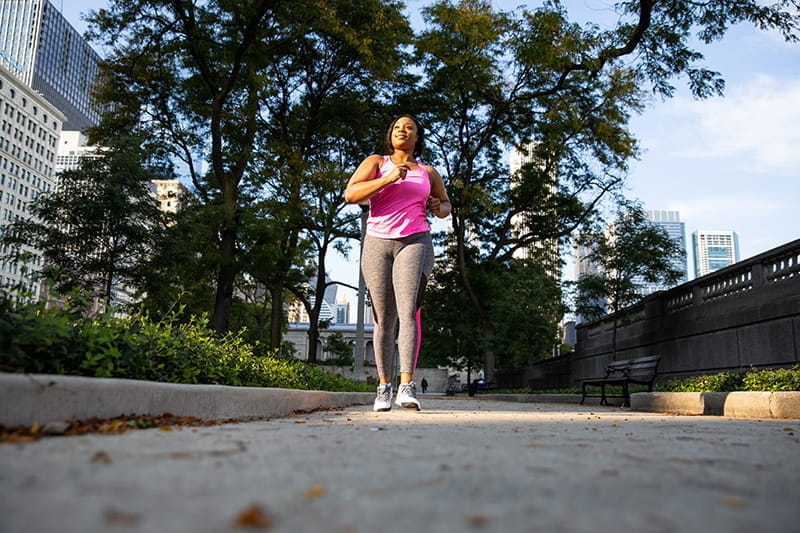