Three days after Christmas, Yolanda Thompson was at work when she got the call she hoped she would never receive. Her husband, Aaron, had suffered a massive heart attack.

“He was a large man and had already had one heart attack,” she said. “We knew that if he had another, it would probably be the last one.”

She’d been trying to encourage him to eat better and exercise, just as she had set out to do for herself, and was thrilled that he’d started enthusiastically working with a trainer. But the changes came too late.

The heart attack hit while he was driving, just minutes from their home in Wichita, Kansas.

“Seeing him in the middle of the street with all the paramedics working on him … that was the worst day of my life,” she said.

Sadly, Aaron’s death was not Yolanda’s first experience losing a loved one to heart disease.

Almost a decade earlier, in 2008, a fun-filled road trip to Nashville with family ended abruptly with a call from her husband to say that her 34-year-old sister, Alisha, was in the hospital, in critical condition.

“He said to leave the car and fly back to Wichita because my sister wasn’t going to make it,” she said. Although Yolanda was terrified of flying, she boarded the plane and prepared to face something even more terrifying.

At the hospital, she found her sister unconscious, with tubes everywhere. The doctors gathered the family to update them and to ask a critical question. Why had Alisha stopped taking her blood pressure medicine?

“That question still haunts us,” Yolanda said. “We didn’t know.”

These days, Yolanda is taking the lessons she’s learned from that one-two punch of heart-related deaths as motivation to improve her own lifestyle. But it hasn’t come easy. Her struggle underscores the reality that many Americans face: the need and desire to maintain a healthy weight without the ability to always do so.

“When you lose a sibling or someone close like that suddenly, you either don’t eat or you don’t stop eating – mine was the eating reaction,” she said.

Her weight skyrocketed. She was diagnosed with hypertension, diabetes and high cholesterol.

She masked her swirling emotions thanks to a coping mechanism she developed at a young age, when she was taunted and bullied for being overweight.

“At one point I thought, 'Hey, I’m better than this,’ and that’s been my attitude ever since,” she said.

What she calls her “sexy attitude” keeps her going through tough times and inspires those around her as well.

“I tell myself that I’m strong and beautiful no matter what size I am,” Yolanda said. “My husband always made me feel that way, even when I was a mess.”

In 2015, a friend urged Yolanda to apply for the American Heart Association’s BetterU Challenge, a 12-week program that showed women how to make small changes to their daily lives that can help bring their blood pressure, cholesterol and blood sugar into a healthy range. It turned out to be just the nudge she needed.

“I was so excited to get accepted, but it was a bit overwhelming at first,” she said.

She persevered by focusing on one thing: “The whole time, I had Alisha on my mind.”

“I took water aerobics, went to Zumba and learned to read food labels. The best part was sharing experiences with the other women. It was like a sisterhood,” Yolanda said. “A lot of the women didn’t see the sexy in themselves, and that’s what I gave to them.”

She continued to exercise, even getting up at 4:30 a.m. to meet her friend Tamara Ammons at the gym. (A YMCA membership came with the program; she’s remained a member.) Soon, Yolanda saw results – not just losing weight, but also getting her blood pressure under control enough to stop taking medicine.

Then life got in the way again.

Her mother-in-law went through a serious illness and died. That brought on a variety of family issues, which in turn led to less exercise and unhealthy eating.

“I kind of let myself take a back seat,” she said.

Then came the death of her husband.

But this time, unlike after her sister died, she promised herself to get back on track. Yolanda has returned to healthy eating and losing weight, with her friend Ammons encouraging her to rejoin their workouts at the Y.

“I’m happy to see her eating better again,” said Ammons, who is also Yolanda’s co-worker and neighbor. “After Yolanda started exercising the last time, I saw her joy just come back – she was full of life. I’ve seen her through ups and downs, and I told her, ‘I’m not going to let you get where you were before.’”

Having gotten into great shape before, Yolanda knows she can do it again.

“Sometimes it’s just overwhelming,” she said. “But I’m really working on getting back to where I was because I want to be around for my daughters and grandson.” 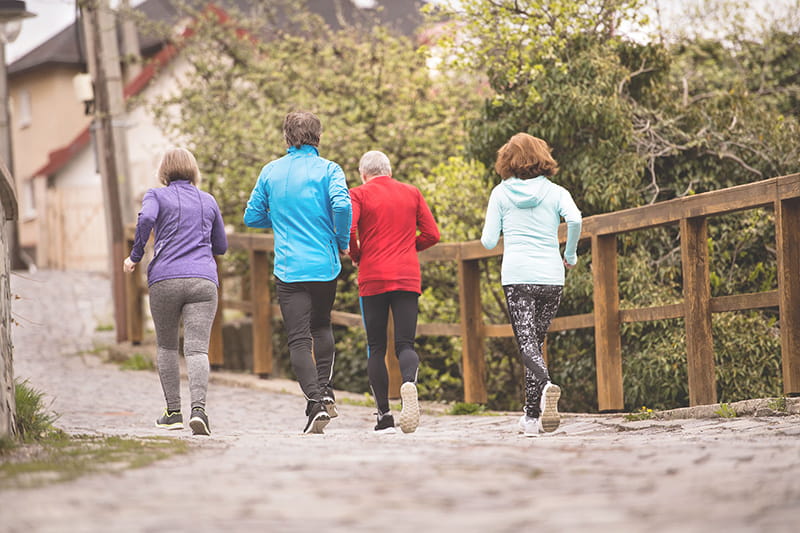