Drones that deliver automated external defibrillators to cardiac arrest victims are being tested in the U.S. and elsewhere. This drone in flight has an AED symbol and text in Swedish and English. (Photo courtesy of The JAMA Network)

Drones, the unmanned aircraft that got its start as part of the U.S. military’s arsenal and is today being used by everyone from photographers to farmers, are now heralded as a solution to a problem that’s bedeviled emergency medical personnel for years: How to deliver lifesaving defibrillators to people suffering cardiac arrest in areas not quickly reached by ambulances.

Experiencing a cardiac arrest — when the heart stops due to an electrical malfunction in the heart — is almost always a death sentence when suffered outside a hospital. Of the more than 356,000 out-of-hospital cardiac arrests each year in the United States, nearly 90 percent of them are fatal, according to statistics from the American Heart Association.

The survival rate could be dramatically improved, experts said, if bystanders would perform CPR and use portable devices called automated external defibrillators, or AEDs. Research shows brain cell death starts three minutes after the heart stops beating and every minute that elapses without defibrillation means a 10 percent decrease in the odds of survival.

Drones are being tested to see if they can swiftly and safely bring defibrillators to those in distress. Some drones use a cord to lower the AED to the ground, while others land and a bystander removes the AED.

A Canadian study published in Circulation last year found that when compared to ambulances, using drones in the Toronto area cut AED delivery times in urban areas by 6 minutes, 43 seconds and slashed it in rural neighborhoods by 10 minutes, 34 seconds in most cases. Likewise, a Swedish study published in JAMA last year showed that drones deployed in Stockholm took an average of 5 minutes, 21 seconds to reach their destination — more than 16 minutes faster than ambulances.

“Faster response time should lead to higher survival,” said Timothy Chan, director of the Centre for Healthcare Engineering at the University of Toronto and an author of the Toronto study.
“Getting a defibrillator is time-sensitive and literally every second counts. If we can do it and keep people safe, this is a no-brainer.”

It’s unclear if drones have ever successfully delivered AEDs in real-life situations. The Toronto study applied mathematical models to out-of-hospital cardiac arrests that occurred in the city from 2006 to 2014. The Swedish study dispatched drones and ambulances to the same location as an experiment though no patients were involved.

However, the opportunity for real-life experience is growing.

The city of Reno, Nevada, was selected last month to participate in the Federal Aviation Administration’s drone pilot program that will help determine how to regulate and safely integrate drones into the U.S. airspace. The city will partner with drone delivery startup Flirtey to deliver AEDs.

The Canadian County of Renfrew began using drones last year and has deployed one roughly every two weeks to provide services such as conducting reconnaissance and delivering medicine, said Michael Nolan, chief paramedic and director of emergency services for the county of 100,000 people located just outside of Ottawa. They recently deployed a drone with an AED, but the ambulance arrived first.

However, the county is awaiting approval from Canadian regulators to fly drones a distance of 4 nautical miles (4.6 miles), an increase from the currently approved 2 nautical miles (2.3 miles), increasing the chances the aircraft could be used to deliver a defibrillator.

Nolan said he worked with Canadian regulators for two and a half years to pave the way for the first approval — a time span he called “a blink of an eye in the public policy world,” especially given that drones are still a relatively new technology.

“The biggest concern that we and the regulators shared was making sure we were integrated with the aviation community to make sure that people in the air and on the ground were safe,” said Nolan.

Together they set limits on how high and far the drones could fly. Test runs proved to regulators the drones could fly safely even though the operators couldn’t see the aircraft. The drones also needed some modifications such as being formatted to fly at night. Meanwhile, 911 operators had to learn how to instruct bystanders to approach the drone and use the defibrillator.

“It is a lifesaving device that provides a benefit,” said Nolan. “When you do the safety-risk assessment, it is clear that the risk associated with doing something outweighed the risk of doing nothing.” 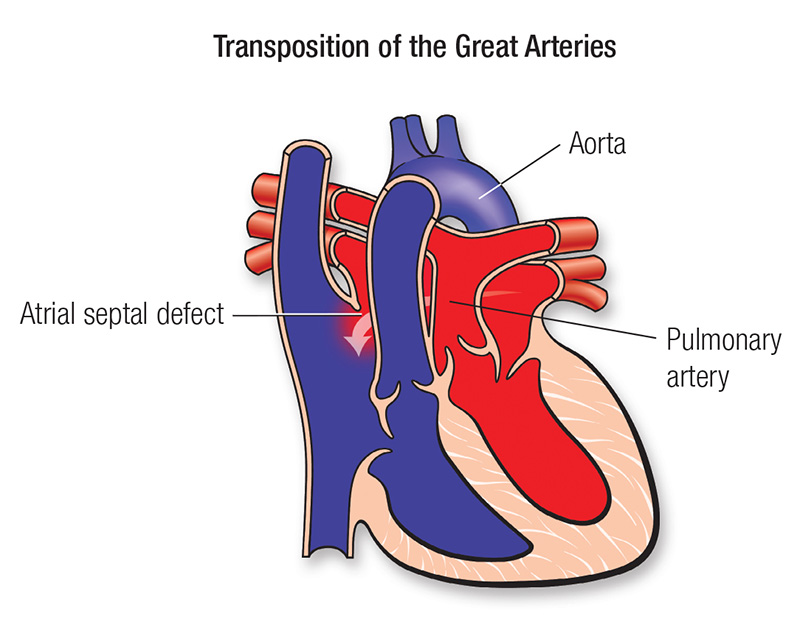 d-Transposition of the Great Arteries