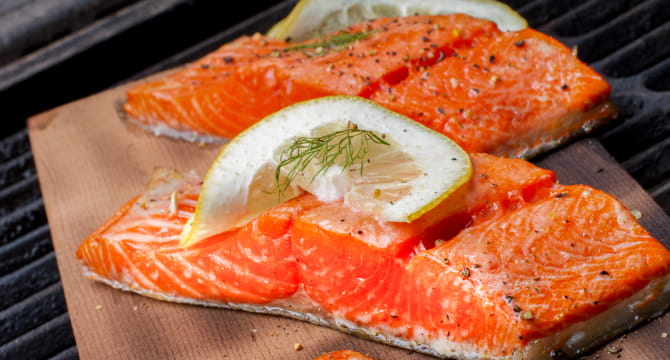 Oily fish may not sound appetizing, but research on the benefits of omega-3 fatty acids from seafood reaffirms the health value of eating fish – particularly the oily kind – a couple times a week, according to a new advisory from the American Heart Association.

Sixteen years after it released its last scientific statement on the benefits of eating fish, the AHA doubled down on its advice Thursday with an advisory recommending one to two meals of non-fried fish or shellfish per week for better cardiovascular health – especially when fish replaces less healthy foods.

“The amount of research and science has grown so much since the last advisory came out that it was time to come up with a new statement on the beneficial effects of seafood in preventing not just heart disease, but stroke, heart failure, sudden cardiac death and congestive heart failure,” said Eric Rimm, a professor of epidemiology and nutrition at the Harvard T.H. Chan School of Public Health in Boston and chair of the group that wrote the advisory, published in the journal Circulation(link opens in new window).

To get the full benefits of eating fish, the AHA recommends eating two 3.5-ounce servings of non-fried fish, or about 3/4 cup of flaked fish, every week. That’s more than Americans typically eat: In 2012, the average seafood intake was 1.3 servings per week – slightly up from 1.1 servings a week in 1999.

Eating at least one serving each week may be better for cardiovascular health than eating no fish, especially if it replaces foods high in saturated fat, salt and added sugar, according the advisory.

“If you have a not-so-healthy diet and don’t eat seafood, you could have a big impact on heart-healthiness by substituting fish for a higher-fat animal product like bacon or sausage or salami,” said Jo Ann Carson, a dietitian and professor at UT Southwestern Medical Center in Dallas.

Carson, who was not involved in the writing the report, said the advisory’s conclusions suggest that vegetarians – people who eat no meat or fish – might consider becoming pescatarians, people who eat fish but not meat.

“More vegetarians are adding fish to their diets, and the research shows there might be benefit to that,” she said.

Past research shows that omega-3 fatty acids from seafood benefit the heart in many ways, including decreasing the risk of abnormal heart rhythms that can lead to sudden death, decreasing triglyceride levels and slowing the growth of fatty deposits that clog arteries.

“Omega-3s get into cell membranes, which is important for signaling inside and outside of cells: Cell communication is very important for a properly functioning heart,” Rimm said.

The advisory said people should focus on eating fish with high levels of omega-3 fatty acids, including certain types of salmon, mackerel, herring, lake trout, sardines and albacore tuna. Other types of fish and shellfish, including cod, catfish, tilapia and shrimp, still contain omega-3s but not in as high amounts.

The key is eating several types of fish, and eating them regularly, said Rimm.

“It’s important to find a variety of fish you like so you’re not just having two servings a week of the same fish and you tire of it after a month and stop eating it,” he said.

The advisory noted some types of fish, including shark and swordfish, contain mercury, which can harm fetal brain development and hamper cognition in young children. But for all other groups of people, the benefits of eating fish far outweigh the possible health risks of mercury, Rimm said.

“For adults eating a serving or two of fish a week, the benefits of fish are likely at least fiftyfold more than any concerns over other compounds that may be in the fish,” he said.

The advisory also noted that as fish farming grows around the world, production should be closely watched to make sure farms are environmentally friendly and that farmed fish contain omega-3 levels similar to those in wild fish. Some types of farm-raised salmon and trout actually have higher omega-3 amounts than their wild counterparts, the advisory said.

“Eating fish is so much better overall for the environment than eating red meat, but as the population grows, we have to be vigilant in monitoring the impact of farmed fish so it continues to have a sustainable carbon footprint,” Rimm said.