A third of U.S. adults have had symptoms consistent with a mini-stroke, but nearly no one – only 3 percent – called 911 for help, a survey released Monday shows.

The responses from 2,040 adults in a representative sample showed 35 percent had experienced at least one sign of a mini-stroke, called a transient ischemic attack or TIA. Those who did were more likely to wait, rest or take medicine than to call 911, according to the online survey funded by the American Heart Association/American Stroke Association.

“Ignoring any stroke sign could be a deadly mistake,” ASA Chairman Mitch Elkind, M.D., said in a news release. “Only a formal medical diagnosis with brain imaging can determine whether you’re having a TIA or a stroke.”

It’s a warning that hits all too close to home for Stacy Quinn. She was 41 and in the best shape of her life in December 2014 when she got a horrible headache that wouldn’t go away.

“I was working a lot, and it was around the holidays. So, I blew it off,” said Quinn, who at the time worked in a high-stress communications job at an asset management firm in New York. “Then, I was in a meeting with my boss, and I slurred my speech. I thought, ‘It must be the headache.’”

That evening, she sought help at an urgent care facility, where she was told she was probably having a migraine. At another visit later, she was told it was an earache.

Finally, after 12 days of what she describes as the worst headache of her life, she went to a neurologist who ordered scans – including a magnetic resonance angiogram, or MRA, which provides pictures of blood vessels.

It probably saved her life. Hours later, the doctor called to tell her the emergency room staff at New York-Presbyterian Hospital were awaiting her arrival. She was in danger of having a stroke.

The headaches were caused by a spontaneous carotid artery dissection on the left side of her neck that was blocking 90 percent of the blood flow to her brain. Elkind said anyone with a stroke warning sign that appears suddenly, whether it disappears or not, should call 911 immediately to improve chances of an accurate diagnosis, treatment and recovery.

“Officially, about five million Americans, or 2.3 percent, have had a self-reported, physician-diagnosed TIA, but as this survey suggests, we suspect the true prevalence is higher because many people who experience symptoms consistent with a TIA fail to report it,” he said.

If a diagnosis shows a clot is blocking blood flow to the brain – known as an ischemic stroke, the most common type – the patient may be eligible for a clot-busting drug. In some cases, a medical device called a stent retriever is also used to remove the clot, helping to reduce long-term disability.

After a stroke or TIA, the patient must fully understand their risk factors and work with their doctor on a tailored secondary prevention plan, according to the ASA. This plan may include lifestyle changes, medications to manage known risk factors and the addition of an antiplatelet drug such as aspirin.

The online survey was conducted March 20-26 as part of the ASA’s Together to End Stroke campaign. Among the 35 percent who said they had experienced at least one TIA symptom lasting a few minutes or up to 24 hours:

Yet, the survey showed only 3 percent of respondents called 911 in response to TIA symptoms. Three out of four respondents didn’t know what a transient ischemic attack was.

Quinn is working to change that. She is hoping to spread her message about stroke warning signs far and wide. “I want to use my experience to help people,” she said. “In my mind, I had images of stroke affecting older people and typically of men, not a woman. That was my big mistake.”

But there are other stroke signs to be on alert for, too, such as sudden confusion, trouble speaking or understanding; sudden numbness or weakness of the face, arm or leg, especially on one side of the body; sudden trouble seeing in one or both eyes; sudden trouble walking; dizziness, loss of balance or coordination; or – as was the case with Quinn – a sudden, severe headache with no known cause.

Quinn was lucky many times over. Doctors were able to treat her with medicine. She now lives with approximately 35 percent blockage.

“I can’t do things that could put pressure on my neck like go on roller coasters or lift heavy things over my head. I have to watch my stress,” said Quinn, who is 43 and still works in communications, but for a healthcare company in New Jersey.

“I had an angel on my shoulder that I didn’t have a full-blown stroke that created long-term health issues or took my life.” 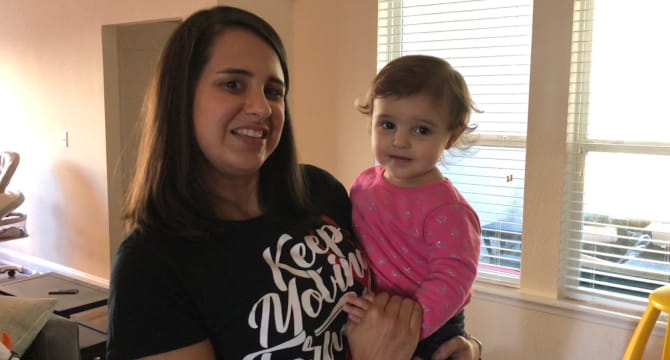 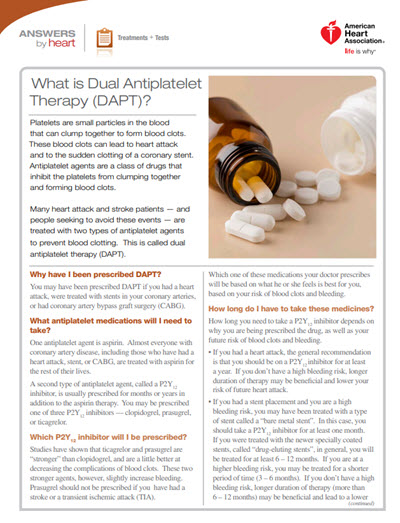