As a student at the University of Virginia medical school, Cullen Timmons was taking a two-week elective called Advanced Physical Diagnosis last fall when he pressed the circular tip of the stethoscope against his own chest.

He noticed a murmur, a swish after the second beat.

Not normal, he knew. So Cullen asked his instructor and another student to listen.

“I heard this very distinctive sound,” recalled his instructor, Dr. Eugene Corbett. “I didn’t like what I heard.”

Cullen wasn’t worried: A 26-year-old runner who is slim and fit, he told himself it couldn’t be serious. Cullen was diagnosed with a thoracic aortic aneurysm. This meant there was a dilation of the main blood vessel coming out of his heart.

“The normal aorta is like the diameter of a banana,” said Dr. Irving Kron, who performed open-heart surgery on Cullen two weeks later. “This thing was probably the size of a very large coffee cup.”

Left untreated, Dr. Kron said, “He would have died of this or certainly had a catastrophic problem.” Had Cullen not been in medical school, his condition probably would’ve been left undiagnosed and untreated.

The first sign of a problem arose in August, when the Athens, Ga., native experienced chest pain while on a rotation at a hospital in Atlanta. It was a crushing sensation behind the sternum and up to the jaw.

He considered going to the emergency room, but figured it was an esophageal spasm, or a painful muscle contraction in the esophagus. He listened with his stethoscope, and heard the murmur then, too.

“I knew it wasn’t normal, but I reassured myself: I was young and healthy and nothing could be going wrong,” he said.

With no family history of heart disease, Cullen turned to antacids, which seemed to help. After a couple of days, the pain subsided.

About two months passed with no further symptoms, and it wasn’t until the class with Dr. Corbett that he again contemplated his condition. When Cullen listened to his heart this time, the murmur “was much, much louder than it had been before,” Cullen said. He described the volume as rising from a 1 on a scale of 6 to a 3 on a scale of 6.

He discussed his findings with Dr. Corbett and another student; one possibility they considered was aortic regurgitation, which is when the aortic valve doesn’t close quite right and allows blood to flow back into the heart.

Dr. Corbett recommended an echocardiogram. He and U.Va. colleague Dr. Max Luna, a cardiologist, already were planning a teaching session on cardiac murmurs and echocardiography; they bumped up the plan due to the new circumstances.

Cullen, who already had some experience with ultrasound technology, watched the screen and noticeably lost color in his face.

“Dr. Luna, is there something wrong with my aortic root?” Cullen said.

“Cullen had this very interesting, rare change in his aortic structure that was making his valve become too open and loose,” Dr. Corbett said.

Cullen’s aorta measured 7.2 centimeters; normal for someone his size would be less than 3.5 centimeters, Dr. Luna said.

“This was a tremendous surprise,” Dr. Luna said. “The magnitude of the problem was serious.”

Dr. Luna wondered, “How do I present it to him in the most compassionate and reassuring way, but at the same time be clear of the seriousness of the finding?”

“I saw Cullen’s life changing in a minute, and you could tell he knew it.”

In young people, there are two leading causes of the condition. One is a genetic disorder called Marfan syndrome that affects the body’s connective tissue. The other is a congenital condition in which the aortic valve has two leaflets rather than three, Dr. Kron said.

In Cullen’s case, it has not been determined what caused the aneurysm, his doctors said.

On Nov. 10, Cullen underwent a four-hour operation to repair his aorta. In what is called a “valve-sparing aortic root replacement,” Dr. Kron cut out the portion of the aorta that had ballooned and replaced that section with Dacron, a synthetic material.

Dr. Kron said his prognosis is great: “He should be able to live a normal life.”

But some things will never be the same.

“Being the patient is a very humbling experience,” said Cullen, who is preparing for his residency in emergency medicine. “You’re very powerless. I’m used to being in the medical professional role.

“I think it’s completely changed the way I think of patients.”

Barely a week after Cullen’s surgery, Dr. Corbett spotted him in the hospital cafeteria with friends. “I had to go over,” Dr. Corbett said, “and give him a hug.” 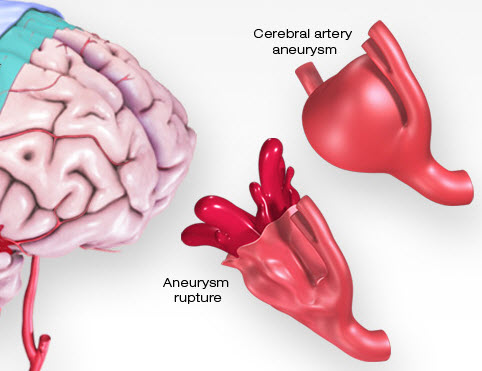