In sickness as well as health, the way to someone’s heart may indeed be through the stomach.

That would lead to the gut – the intestines – where trillions of diverse and generally friendly resident microbes pitch in to aid digestion and perform other crucial tasks affecting their host human’s health.

While other parts of the body have their own microbial populations, the gut particularly is teeming – probably because of where it is and what it does, said Gregor Reid, Ph.D., director of the Canadian Centre for Human Microbiome and Probiotic Research at Lawson Health Research Institute in London, Ontario. With access to the bloodstream, daily food, and varied acidity and alkalinity along the digestive tract, the gut “really is the ideal place for a lot of organisms.”

These bacteria and other microbes, known collectively as the gut microbiota, or microbiome, are influencing heart health in previously unseen ways, research is showing.

“People are still getting their head around how something in the gut can affect the heart,” Reid said. “One way is the microbes produce molecules that end up in the bloodstream or that affect factors in the bloodstream.”

Such busy little “bugs” may account for much of the individual variation in heart health. Large-scale genetic studies suggest hereditary factors can account for only about 15 percent of cardiovascular risk, meaning environmental causes account for the rest, said cardiologist Stanley Hazen, M.D., Ph.D., chair of the Department of Cellular and Molecular Medicine at the Cleveland Clinic’s Lerner Research Institute.

“Our single largest environmental exposure is what we eat,” Hazen added. “How different people experience the same meal can be linked to differences in their microbiome.”

Gut microbes have been implicated in conditions that affect heart health including obesity, insulin resistance and diabetes. “I think the magnitude of the importance of the gut microbiome is far greater than we ever anticipated,” Hazen said.

His research team has broken ground in linking the gut microbiome to cardiovascular disease. The work has shown that eating red meat may be unhealthful due to how gut bacteria metabolize the meat component L-carnitine – producing a substance called TMAO that promotes artery blockage. The researchers also compared how the guts of omnivores versus vegetarians or vegans processed L-carnitine and found the omnivores’ gut bacteria readily generated certain metabolites including TMAO, while the other group’s didn’t.

“You would literally see an all-or-nothing reaction … based on dietary exposure,” Hazen said.

His team developed and tested in mice a compound, also abundant in some vinegars and olive oils, that blocks gut bacteria’s TMAO production. The experiment showed that medicines targeting such microbes could improve their host’s health.

The work highlights one of many possible links between the gut and cardiovascular disease. Certain gut microbes may make some individuals more sensitive to risk factors such as high LDL cholesterol, Hazen said. Research has suggested other tantalizing connections, Reid noted, such as a link between the obesity-associated molecule leptin, which is known to affect the heart, and the use of probiotic lactobacilli—beneficial microbes—to reduce it and improve heart function, as his research has indicated in animals.

“These concepts are gaining traction but haven’t been translated in the clinic,” Reid said.

Although intake of specific probiotics can influence gut microbiome composition, Hazen believes preventing or treating cardiovascular disease will not be as straightforward as simply using probiotics to make complex communities of gut microbes match a “healthy” profile. “We have to get to the function of bugs,” Hazen said, “and how that is leading to a change in host physiology.”

Still, doctors are slowly coming around to appreciate probiotics’ potential to treat illness or complement current therapies, Reid said. But given the microbiome’s vast potential impact on disease, he added, not nearly enough research is being funded, especially in humans. 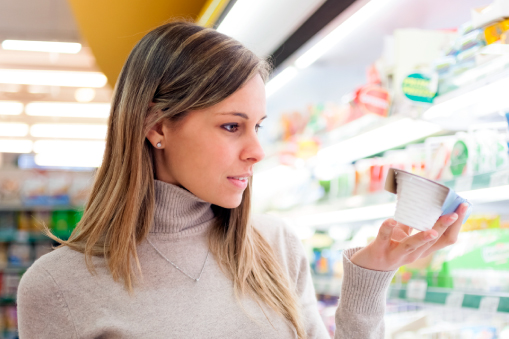