Jeri Jones to serve as chair; Mary Ann Bauman, M.D., will be president

LOS ANGELES, February 23, 2021 -- The American Heart Association, a global force for longer, healthier lives, is proud to announce that Jeri Jones, of Phoenix, Ariz., has been named incoming chair of the Western States region Board of Directors.  Mary Ann Bauman, M.D., of Seattle, Wash., is the incoming president. Both leaders have long histories of volunteer service for the American Heart Association. They will serve two-year terms beginning July 1, 2021.

Jones, a retired health care executive, has been involved with the American Heart Association since 2012, when she served as chair for the Phoenix Go Red for Women campaign, which focuses on women’s heart health.  It was such a success that she was asked to lead the following year. Jones joined the Greater Phoenix Board of Directors in 2014. In that role, she worked to raise awareness about heart disease and stroke throughout the community, while maintaining her special focus in women’s health.  In 2019, Jones joined the board for the 10-state Western region, bringing her expertise in healthcare as former West Region CEO of UnitedHealthcare Community & State.

Jones gained 35 years of leadership experience in health care before retiring in 2018. She worked for two national insurance carriers, held leadership roles in physician organizations and was a health care consultant. She held several executive roles within UnitedHealthcare at the local market, regional and national levels.  Jones holds a B.S. degree in Accounting from Northern Arizona University and is a C.P.A. She has served on several nonprofit boards along with her work with the American Heart Association, including Downtown Phoenix Inc., and the YMCA.

“I am honored to take on this leadership role. Throughout my health care career, I have seen first-hand the effectiveness of The American Heart Association. Now our work is needed more than ever, as we work to address COVID-19, which has the potential to drastically change the health and well-being of our country for years to come,” Jones said. Mary Ann Bauman, M.D., a primary care physician, is a longtime volunteer and advocate for the American Heart Association.  She first served as the Oklahoma City AHA Board President in 2001 and never looked back, serving in local, regional and national roles.  Dr. Bauman has been a member of the Western States Board of Directors since 2018 and the National Board of Directors  since 2014.  She has been a member of several national AHA committees including Diversity Leadership; Research; and Governance and is the immediate past chair of the Communications and Marketing Coordinating Committee. Dr. Bauman also chaired  the American Stroke Association Advisory Committee, previously served on the Get With the Guidelines™ Business Management Committee, Program Integration Coordinating Committee and was the inaugural national chair for the AHA HeartChase program from 2010-2012. From 2012-2016, she chaired The Guideline Advantage, a joint program of the American Cancer Society, the American Diabetes Association and the American Heart Association. This point-of-care quality program and registry was designed to “move the needle” on preventive health and was utilized in practices and Federally Qualified Health Centers throughout the country.

Dr. Bauman was honored as the 2012 American Heart Association Physician of the Year,  the first time this honor had been awarded to a physician not specializing in cardiology or neurology. She received the Chairman's Award at Scientific Sessions in November 2018.

Dr. Bauman received her medical degree from Wayne State University in Detroit, Mich., in 1978. For nine years, she served in a variety of teaching, practice, and administrative positions on medical school faculties including Wayne State University, the University of South Dakota, and the University of Oklahoma. In 1991, she joined Baptist Medical Center in Oklahoma City, which later became INTEGRIS Health Inc., as Medical Director of the Women’s Center. She was Medical Director for Women’s Health and Community Relations until moving to Seattle in 2017. Dr. Bauman is board certified in Internal Medicine.

“I am energized by the American Heart Association’s 2024 goal of advancing cardiovascular health for all, including identifying and removing barriers to health faced by far too many in our society,” Dr. Bauman said. “Though we have made incredible progress in the fight against heart disease and stroke over the last several decades, we have much work ahead.”

Completing a two-year term as Western States Board Chair is Chris Tsaklakis, a technology CEO and advisor in the San Francisco Bay Area.  Completing her term as president is Kathy Magliato, M.D., M.B.A., FACS, Director of Women’s Cardiac Services at Saint John’s Medical Center in Santa Monica, Calif. Both will remain on the board.

“The American Heart Association is excited to have Jeri Jones and Mary Ann Bauman lead the Western States Board,” said Kathy Rogers, executive vice president of the American Heart Association Western States. “Their dedication to and passion for the mission, as well as the insight and wisdom they bring, will be beneficial in continuing to advance heart and brain health for all. I’d like to thank Dr. Kathy Magliato and Chris Tsakalakis for their outstanding leadership over the years.”


About the American Heart Association

The American Heart Association is a relentless force for a world of longer, healthier lives. We are dedicated to ensuring equitable health in all communities. Through collaboration with numerous organizations, and powered by millions of volunteers, we fund innovative research, advocate for the public’s health and share lifesaving resources. The Dallas-based organization has been a leading source of health information for nearly a century. Connect with us on heart.org, Facebook, Twitter or by calling 1-800-AHA-USA1. 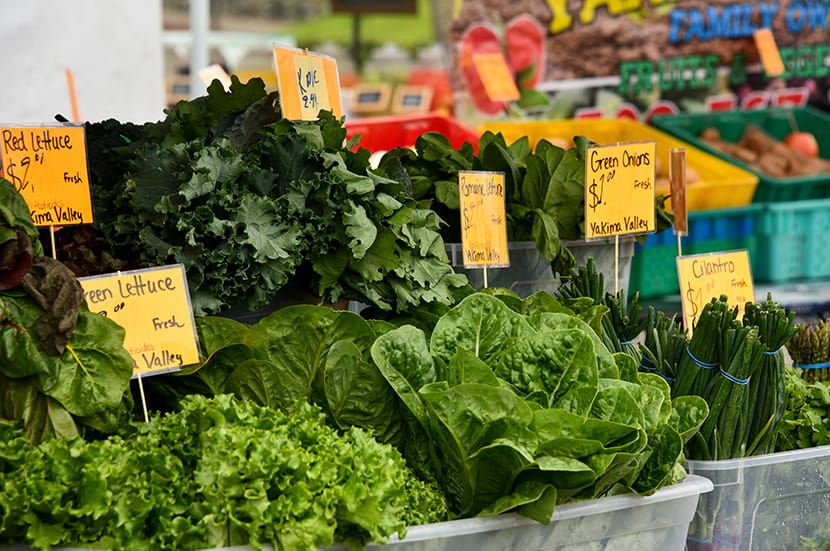 Increasing Equitable Access to Nutritious Foods in the Puget Sound