No matter what winter holiday traditions you celebrate, you probably won't find "think about blood pressure" on your to-do list, even after checking it twice.

But that would be a nice idea for your heart's sake, experts say.

High blood pressure is a leading risk factor for heart attack and stroke, said Dr. Angela L. Brown, director of the hypertension clinic at the Washington University School of Medicine in St. Louis. Studies have shown that cardiovascular problems rise after Thanksgiving and peak in the new year.

With that goal in mind, here's advice on keeping your blood pressure under control during the holidays.

Think before you feast

"All of us enjoy a good party," Brown said. "But if you have high blood pressure in particular, you have to be conscious about what you're eating."

So if you're stepping out, consider having a healthy meal at home first, she said, so you're less likely to overdo it.

Similarly, Dr. Karen Griffin, a nephrologist at Loyola Medicine in Maywood, Illinois, suggested scouting before snacking at a family gathering.

"Do a little bit of groundwork, and look around the room and see what's on that buffet Aunt Sally prepared," said Griffin, who also works at the Edward Hines, Jr. VA Hospital in Hines, Illinois.

A vegetable tray, she said, can be a good place to fill up on something healthy. But watch the dip and use just a bit. "A lot of people think, 'Well, if I'm eating vegetables, I'm in the clear.' But they load it up so there's more dip than vegetables."

When you sit down for the big meal, go ahead and eat your fill, Griffin said. You don't want to walk away hungry, then overdo it on the desserts that are overabundant this time of year.

The sodium outside is frightful

Limiting sodium is challenging this time of year, Griffin said, and always important.

Excess sodium in your bloodstream pulls water inside your blood vessels, increasing blood pressure. Table salt is one source, but most sodium in the typical American diet comes from processed foods.

That means watching out for anything that's been canned, preserved or packaged, Griffin said. "A lot of the hams that will be circulating are probably pretty high in sodium as well."

Federal dietary guidelines recommend that adults consume less than 2,300 milligrams of sodium a day. The American Heart Association suggests an ideal limit of 1,500 milligrams a day for most adults.

"If you're cooking, one thing that you can do is just leave the majority of the salts to be added at the table," Griffin said, so guests who monitor their sodium can enjoy the meal with other people but add salt at their discretion.

And here's good news for people trying to adapt to a lower-sodium diet. The less salt you use, the better your body becomes at tasting it, she said. After a few weeks, you won't need as much to get the same flavor.

Watch that cup of cheer

Drinking too much alcohol can raise your blood pressure. While federal dietary guidelines allow for moderate drinking (two drinks or less in a day for men, and one or less for women), Griffin suggests paying attention to what's in your holiday cocktail as well.

For example, margaritas are served in salt-rimmed glasses. "Stay away from those," Griffin said.

Be careful taking these medications ...

During cold season, people reach for over-the-counter medicines. But decongestants can raise blood pressure. Check the packaging for warnings, Griffin said, or ask your doctor.

… but stay on these

The holidays can disrupt routines. If you take medicine to control high blood pressure, you might need extra reminders.

Tracking apps can help, Brown said. But Griffin said it can be as simple as carrying a pill organizer and setting an alarm.

"I think it's important to set limits and to remember to take time for yourself," Brown said. But, she warned, don't respond by overeating or overindulging in alcohol, "because that really just compounds the problem."

Exercise can help with stress, Brown said, so try finding time to take walks, do yoga – or to just sit and relax.

Griffin said that to cope with stress, "I just take one day at a time, and sometimes one hour at a time. And just live in the present."

After all, she said, the holidays are supposed to be fun. "Remember how it was when you were a kid? That's how it should be." 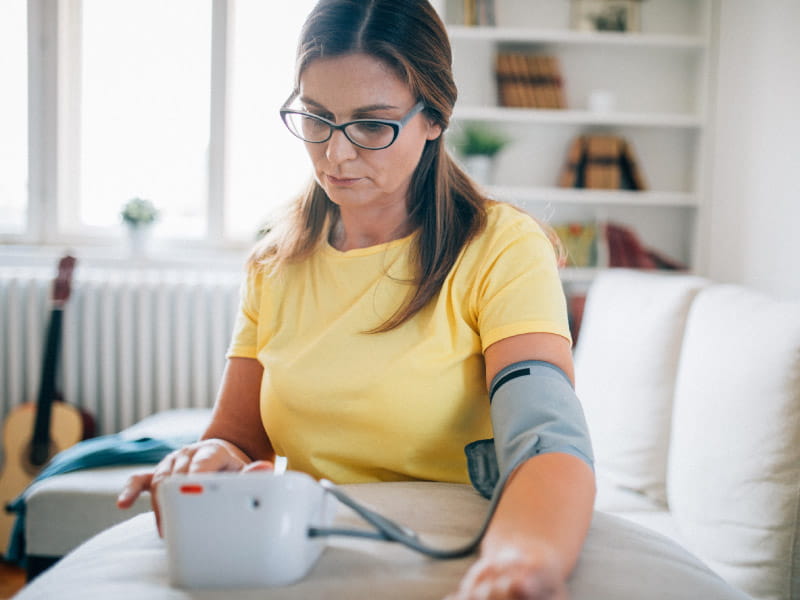 Monitoring blood pressure at home can be tricky. Here's how to do it right. 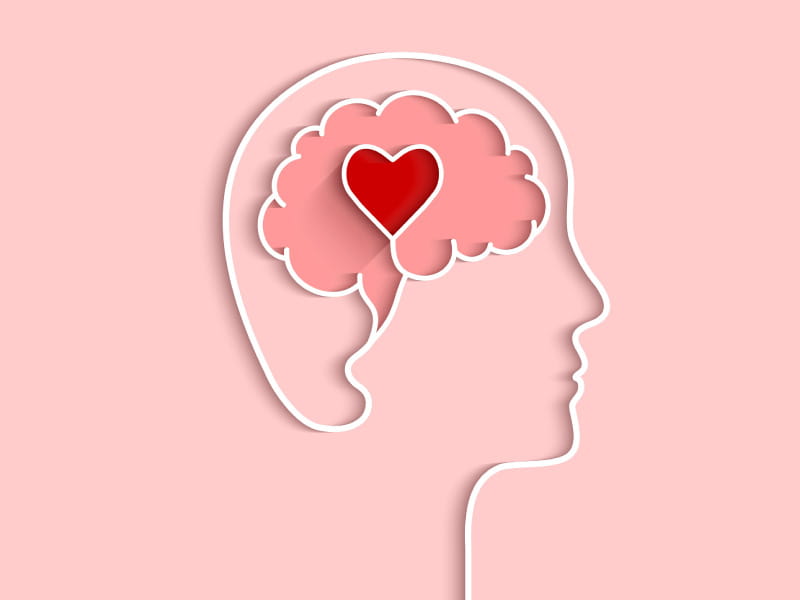 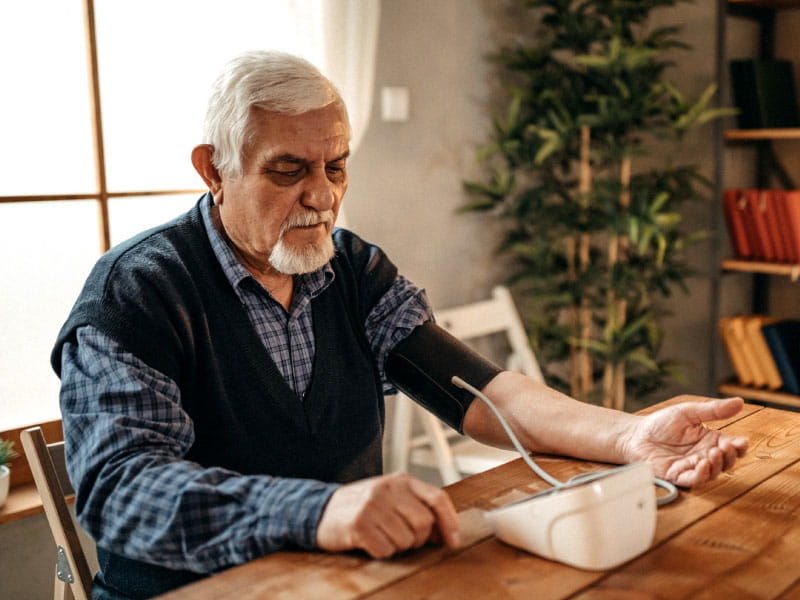