Rosemary "Rosie" Veltz was "medically maxed out." That was the term the doctors used six months after a third surgery to correct a heart defect that left her struggling to breathe while her lungs continued to fill with fluid.

A doctor suggested hospice. Rosie was 2.

Her parents sought second, third and fourth opinions, reaching out to specialists at three other children's hospitals. They found no consensus.

"They didn't think there was much more they could do," said Lori Irvin, Rosie's mom. "She was just in so much pain and her quality of life was not good."

Lori was about 25 weeks pregnant when a routine ultrasound proved to be far from ordinary.

Several doctors came in to evaluate what they were seeing. That's when Lori first learned the term hypoplastic left heart syndrome, a condition that essentially means the left side of the heart is underdeveloped and doesn't work.

"For the next 48 hours," Lori said, "I couldn't speak without crying."

Hypoplastic left heart syndrome is treated by a series of three operations. Piece by piece, doctors rebuild the left side of the heart so blood flows between the heart and lungs and to the rest of the body.

Congenital heart defects are the most common birth defects, affecting nearly 1% of births – about 40,000 – each year. Of those, about 1 in 4 are considered critical and require surgery or other procedures within the first year of life.

Lori, who at the time also had 8-year-old daughter, Shea, and 1-year-old son, Lee, spent the next few months reaching out to organizations focused on congenital heart defects, learning all she could and praying for her unborn child. Rosie arrived in June 2007.

Two days later, Rosie underwent her first surgery. After two weeks at home, she went into heart failure and spent the next two months in the cardiac ICU.

She had her second open-heart surgery in February 2008. Again, Rosie endured several complications and spent several weeks in the hospital recovering.

"She never played by the rules," Lori said. "The typical treatments didn't work, and she always took longer to recover."

In August 2009, the family moved to southern Maryland. Rosie's new team of doctors recommended doing the third surgery as soon as possible. So Rosie underwent her third surgery that October.

The next six months were a downward spiral. Fluid built up around and in her lungs. This made it difficult to breathe and stressed her heart. It's what prompted the hospice recommendation.

But, two days after bringing up hospice, Rosie's surgeon made a surprising suggestion: What if they reversed the procedure they'd done during the most recent operation?

In March 2010, doctors did just that. This time, her condition improved.

Over the next several years, doctors monitored her closely. In May 2018, at age 11, she had her fifth open-heart surgery.

Rosie's body was now ready to tolerate the structural changes originally made in the third operation, but only with some adjustments. This time, the surgeon removed some of her lymph nodes to minimize drainage following surgery.

Although all was finally stable medically, the experiences took a toll on her mentally. She developed post-intensive care syndrome, which can cause physical, mental and cognitive symptoms.

Rosie still relies on a feeding tube at night to compensate for how much harder her heart works. Someday, she will need a heart transplant. Otherwise, she's a typical 13-year-old. She enjoys soccer, swimming and her pet hamster, Honey.

"I remember (before the latest surgery) not being able to walk very far without having to stop and catch my breath," Rosie said. "I have a lot more energy now than I did before my last surgery. I'm able to swim for longer periods without having to get out of the water because I'm so blue."

For now, she is enjoying her increased stamina and tries not to worry about getting a new heart.

"Knowing someone will have to lose their life to save mine isn't something I like to think about," she said. "But that's my reality."

Lori said continued medical advancements give her hope about Rosie's health in the future.

"Without the advancements in medical research over the last 10 years, Rosemary would not be enjoying the quality of life she has now," she said.

Teen's scars tell a story of her frightening first 2 years

After 3 strokes, this young pop and R&B singer is at work again

What is Left Ventricular Hypertrophy (LVH)? 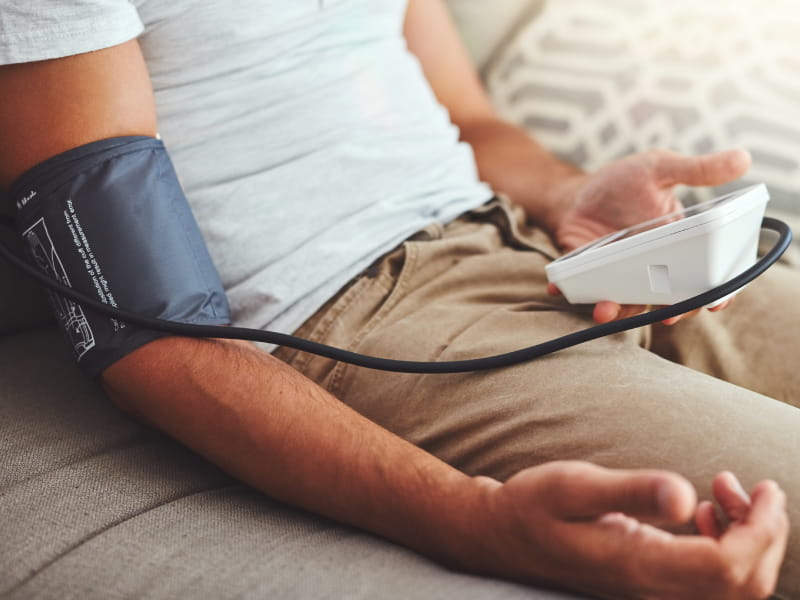