As a girl growing up on the Yakama Indian Reservation in Washington, Shelby Clark, 27, knew she wanted to be a nurse, like her aunt and her grandmother. She envisioned herself in critical care nursing via the Navy, maybe even an adrenaline-filled career as a flight nurse.

She did indeed become a nurse, and this spring completed her Doctorate of Nursing Practice in Population Health & Systems Leadership at the University of Washington.  With a focus on public health and systems of care, Dr. Clark’s work will be “pretty much the opposite” of tending to critically ill or injured patients during lifesaving medical evacuation flights, she says with a laugh.

Though Dr. Clark’s career goals changed from the time she started nursing school, what hasn’t changed but only deepened is her passion for service to her community and to other tribal communities. Through her new field, she hopes to bring about better health through systems and policy changes.

“Native American communities face disproportionately high rates of diabetes, hypertension, heart disease, stroke and maternal mortality. As a nurse, it’s my role to find ways to decrease that,” she says.

This spring also marks the completion of Dr. Clark’s year-long internship with the American Heart Association in Washington State, where she worked on a project helping Puget Sound area health clinics guide their patients to better monitor and control their own blood pressure. High blood pressure is a key risk factor for heart attack and stroke, and many people don’t know they have it. Dr. Clark also helped the American Heart Association staff learn more about local Native American communities, while she herself learned what it’s like to work in a nonprofit.

The daughter of a Native American-Filipina mother and a white father, Dr. Clark grew up in White Swan, WA, a small town in Western Washington, about 30 miles south of Yakima. She and her older sister attended nursing school together at nearby Heritage University in Toppenish, WA.

“We were the first Native Americans to go through the nursing program and graduate,” Dr. Clark says. A year of clinical rotations in an Indian Health Service (IHS) facility during nursing school provided an affirming experience: positive responses from patients. “Most of the nurses were not Native American, and people really enjoyed having a nurse who was like them,” she says.

Her experience at IHS “changed my mind from critical care to public health…. I wanted to do something for the tribal community.”

During rotations at clinics that weren’t part of the IHS system, Dr. Clark also noted subtle - and some not-so-subtle - signs of racism. “My sister is very fair. People have no idea she is Native.” At times, “people treated her differently. That helped me decide that I wanted to serve patients that look like me and my family who go to these IHS facilities.”

For organizations that want to work with tribal communities, Dr. Clark advises keeping in mind key elements of community based participatory research (CBPR). “Ensure that the Native community is part of the process of deciding goals and needs and is involved in the planning. That way the outside organization will better understand the actual needs of the community to be fulfilled rather than just walking in and saying – OK, this is what’s on our agenda.”

And don’t neglect the importance of building community.

“Building trust is one of the most important factors when working with Native American communities. Organizations can feel defeated when they find they need to go through tribal councils, elder community coalitions, plus Institutional Review Boards. It is important to remember that these hoops you have to jump through are set in place to protect the tribal people from history repeating itself, from Native people being mistreated once again.” 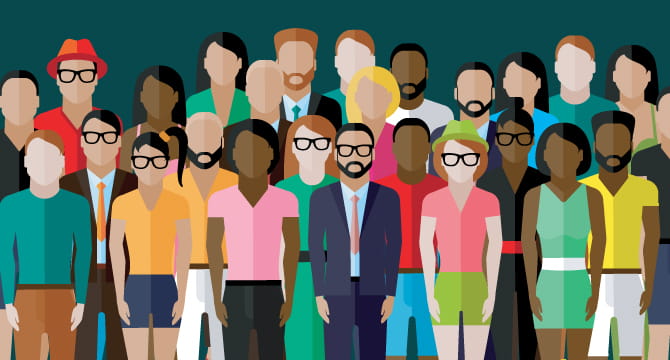