After surviving a heart attack, you're probably certain of this: You don't want another one.

Yet, about one in five people who have had a heart attack will be readmitted to the hospital for a second one within five years. Each year, there are about 335,000 recurrent heart attacks in the United States.

A heart attack is damaged or dying heart muscle caused by a blockage of the blood supply to that area.

The right actions can also help you return to regular activities more quickly, set a course for a healthier future, and help lower the risk of a second heart attack.

After a heart attack, a physician likely will prescribe medicines such as aspirin, a beta blocker, statin therapy and perhaps other drugs to ensure heart muscle function, Goldberg said. It's important to take medications as prescribed.

It's also critical to keep regular medical appointments and monitor key risk factors such as blood pressure. Call the doctor if a symptom, even a mild one, occurs and then goes away, Goldberg said. It may signal a risk for a recurrence.

One common heart attack symptom is the feeling of pressure in the chest, like a rope squeezing around it or an elephant is sitting on it. The pressure also may be lower than the center of the chest and be mistaken for acid reflux. Cold sweats and feeling faint also are symptoms. 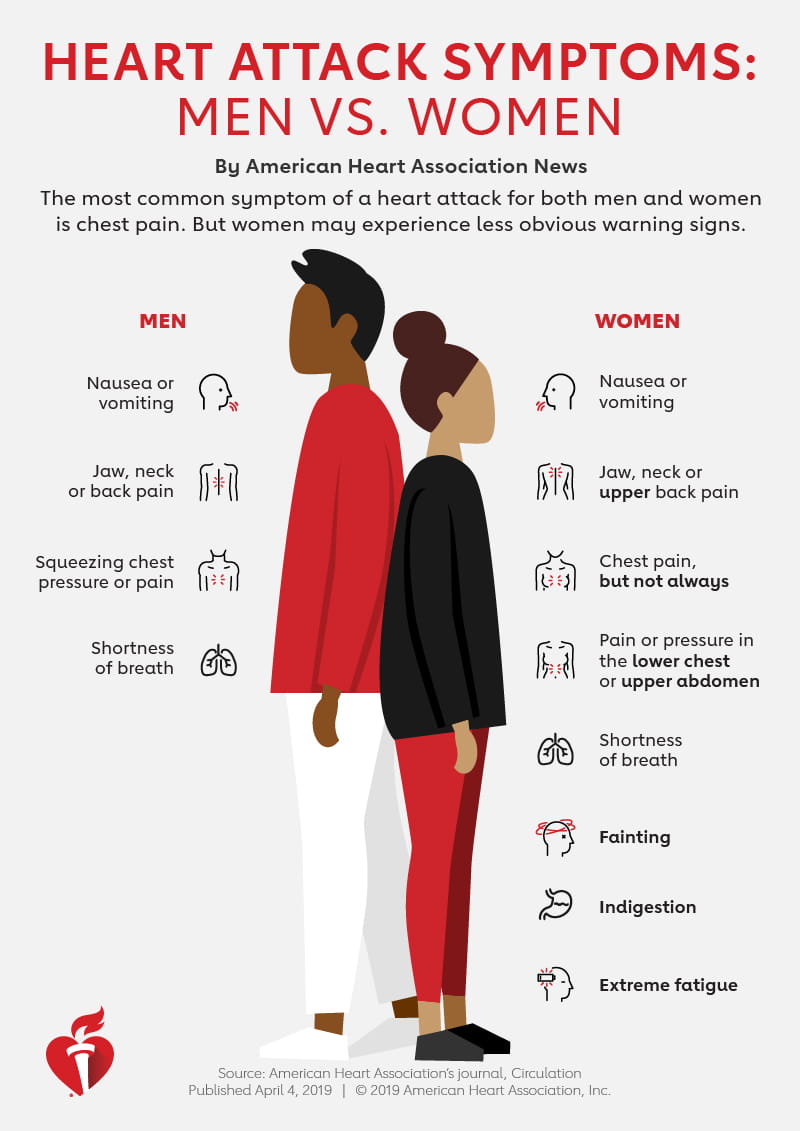 Symptoms can differ for men and women. Women may have non-chest pain symptoms such as nausea, shortness of breath or extreme exhaustion – "as though you ran a marathon and can't move," Goldberg said.

To recover, it's important to partake in cardiac rehabilitation, an outpatient program that uses medically supervised exercise – usually an average of three times per week for three months. It also includes nutrition counseling and risk management to help you maintain a healthy weight or quit smoking.

One study found that cardiac rehab helped reduce chances of a repeat heart attack by 47 percent. Another found patients who participated in cardiac rehab were 42 percent less likely to die within an average of eight years.

Research has found that any physical activity after a heart attack can be helpful, but the goal should be regular physical activity. A healthy diet that limits sugar, saturated fat and sodium also is important, Goldberg said.

Another important element of recovery is finding a support system, Goldberg said. Isolation can be a marker for a recurrent heart attack and death.

Rely on family, friends or your house of worship for emotional support. Reach out to support networks or seek professional help. One study found returning to work also can help combat post-heart attack depression.

"When you have a heart attack," she said, "it's a stressful, life-changing experience."